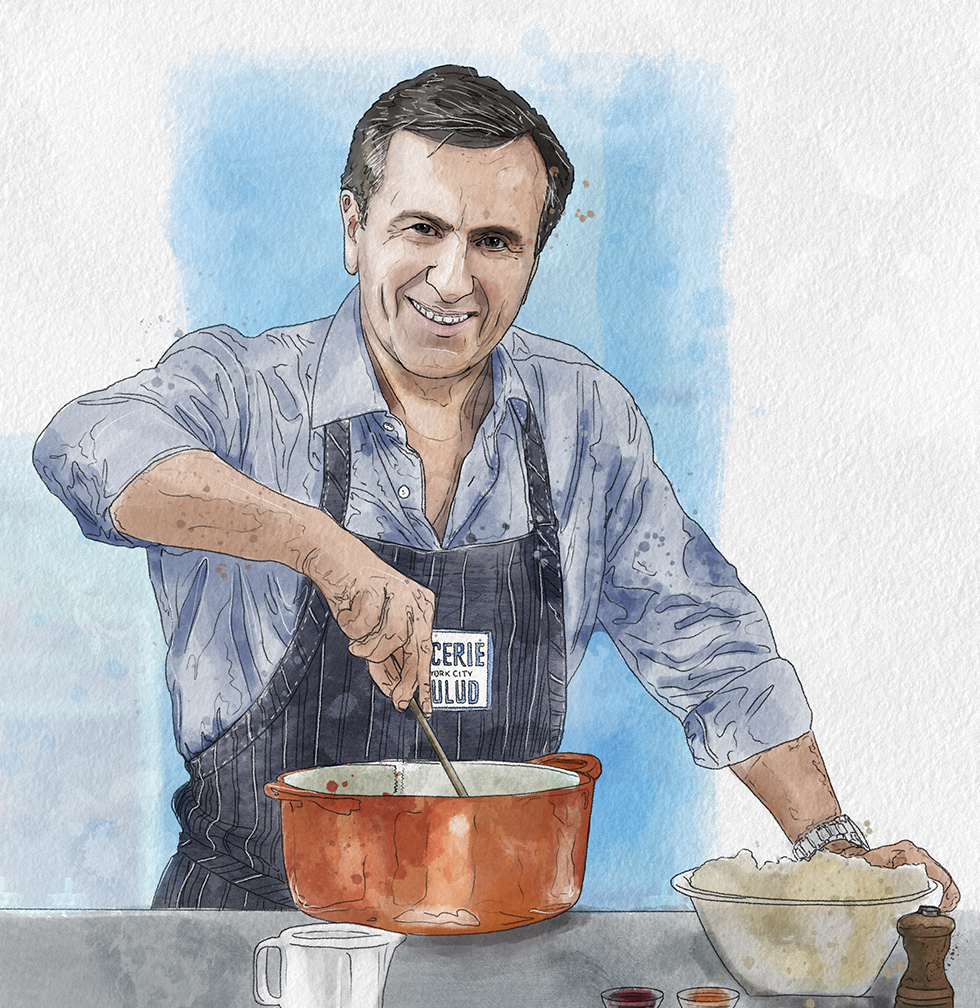 Of all the phrases relating to the parting of a man and his money, few are more gratifying to use than “worth every penny.”

Those three words communicate the idea that while yes, you spent — perhaps more than you had originally intended or are traditionally comfortable with — you did so knowing that the item you purchased was ultimately worth it.

Such items can come in many forms, but all have a story. So we decided to sit down with a few of our favorite in-the-know gents about their most prized possessions, how they came to own them, and the reasons they continue to resonate long after their original acquisition.

Today’s subject: world-famous chef, restaurateur, author and Lexus Culinary Master Daniel Boulud. Raised on a farm outside of Lyon, France, Boulud trained under a coterie of French chefs before his skills in the kitchen led him abroad. After celebrated stints in Copenhagen and Washington, D.C., Boulud ultimately landed in New York, where he drew critical acclaim as executive chef at Le Cirque before opening his eponymous restaurant Daniel in 1993.

Several Michelin stars and innumerable other awards later, he now presides over a 15-restaurant empire that stretches across three continents, and Boulud himself has become one of the world’s most recognizable culinary figures.

Needless to say, when we heard that he has been riding the same Italian racing bike for damn near the entirety of that journey, we were keen to hear what makes it so special that he would hold onto it for so long.

InsideHook: When did you first become aware of this particular bike?

Daniel Boulud: I started biking a lot when I was in the South of France, living and working in Provence. I was inspired by Daniel de Savie, a friend and colleague who had trained extensively to be a professional cyclist and ended up being a chef. So of course his biggest hobby was to ride, and he took me riding throughout Provence all the time. His calves were so strong and deformed from cycling in the mountains.

I had great bikes down in the South of France. As I left to go to Copenhagen though, I sold my bike. I felt like going to Copenhagen, the country where bicycles are king, there’s no sense in bringing my own bike. I lived in Copenhagen for a while in the mid to late ‘70s, working at the Plaza Hotel. My first job abroad. And I was looking to ride again.

I went to the bike store and they had this new bike from Italy which had just come out. The name was ALAN. Growing up in France, we had different bikes. We had Peugeot, we had Mercier … biking in France is a big thing. The Tour de France is evidence enough to know that we take our bikes seriously. The French were good at making bikes, but the Italians were always better. The Italians were especially very good at making the mechanism of the gears, the brakes, the gear shifter — the details in the bike.

ALAN was the first bike with an aluminum frame, but also the first bike where there was no welding on the frame. [Ed. note: for you cycling nerds out there, this construction technique came to be known as “screwed and glued,” a signature of ALAN bicycles.] It was one of the lightest bikes of the moment and it was the most expensive bike in the store too. I felt like, “Well, buying a good bike is something you can keep for life.” And that is the truth. This bike has been with me since 1978.

An Auto Worth Splurging On:
The Lexus LC 500 Convertible

Whether it’s a vintage Italian racing bike or some other possession whose value can’t be described in simple monetary terms, those things that are “worth every penny” all share a common trait: they make us feel something. They have surpassed the realm of mere object and become a conduit for emotion.

This is a concept that the team at Lexus understood deeply when designing the new LC 500 Convertible, an automobile engineered in every way to stimulate the senses and create an experience of peak exhilaration and joy. This is a car built to give the driver a serious case of the feels.

It begins with a chassis strengthened by underbody bracing, resulting in a greater sense of connection to the road and a more visceral, responsive driving experience — long story short, when you rev the 5.0-liter naturally aspirated V8 under the hood, you’re gonna feel all 471 horses, from your eager right foot all the way up through the raised hairs on the back of your neck.

You’ll hear it too, thanks to an Active Sport Exhaust System that foregrounds the vehicle’s thunderous exhaust notes, as well as an Intake Sound Generator that carries the engine’s intake pulses through a diaphragm and then pipes the sound into the cabin to enhance the V8’s rumble.

What you won’t hear is unwanted noise, owing to a transparent polycarbonate wind deflector that helps restrict unwanted turbulent air from entering the cabin, in addition to an Active Noise Control system that combines insulation and absorption techniques to filter out harsh sounds and let you chat comfortably with your passengers.

Bottom line: this isn’t a car to just get you from A to B — this is a car that makes the trip from A to B a destination unto itself. That’s what makes it a keeper.

Do you remember the first ride you had on it?

I remember the first ride, I took it along the eastern coast north of Copenhagen to the Louisiana Museum. There was a castle nearby the museum, beautiful roads in the estate of the castle and all that. And then coming back down to Copenhagen. So that was the first ride, and to me was certainly my proudest moment of having both the beautiful bike and taking it on a good ride.

How many miles do you think you’ve ridden this bike since 1978? Or how many different places?

I’m not a professional racer and I’m not a fanatic either. I work too much. But for sure in the thousands of miles now — how many, I don’t know. When I left Copenhagen to come to America, of course my bike was part of the baggage. I had it in Washington, D.C., when I arrived. When I moved to New York, I was living in a one-bedroom place at the Westbury Hotel. The room was small, but there was enough room for the bike in there, so of course I was sleeping with my bike next to me. I did many loops with that bike in the park, of course, because I always lived on the Upper East Side and I was always next to Central Park. And I’ve often taken the bike out of New York on vacation.

Is there any amount of money someone could offer you for it that you would consider?

I mean, this bike has a lot of value because at first I wasn’t making much money. That’s why I couldn’t leave the bike anywhere. I think it’s something very personal and I love the color. It has this aluminum blue, like sky blue. Almost like baby blue. It’s a timeless bike, the technology was so advanced, that even today it’s a respectable bike.

But at one point I felt that in New York City, having a racing bike wasn’t fun enough, because you really have to get out of the city to ride. So I wanted to trade for more of a road bike, a good high-end road bike. So I traded my ALAN bike with one of my employees who was a bike rider. He was so excited about my racing bike and had said, “You know, I want to buy your bike.” I said, “No, I’m going to trade it with you. Give me one of your bikes and I’ll give you one of these.”

So he gave me — maybe not the same value, because the sentimental value was more important to me — but he gave me a good bike. I think it was a Trek. I had that for a while but I decided to trade it back again. I said, “I need my racing bike. Can you bring it back to me?” And he brought it back and the funny thing is that the other bike he gave me got stolen. One of my nephews came to see me from France and they were on a bike ride, and they stopped for a little drink or something on Broadway and didn’t have a lock. And by the time they were out, the bike was gone.

Good thing you traded back before that happened.

Oh yes. I’m glad that was not my bike that got stolen. I would have cried.

Where do you ride these days?

I have it in the country now. I have a house north of New York, in the Westchester area. I have the bike there. The other day I went to ride with my son, actually.

Do you feel like you’re passing the joy of cycling along to your son?

Well, my son Julien is only six years old, so he’s an early rider yet. But I would definitely want him to.

Will you give him the bike when he’s old enough?

Of course, of course. And he’ll be old enough soon. What I worry is that he might be much taller than me, and the bike might be too small for him. So if he becomes six feet tall, which I don’t doubt because he’s already very tall for six years old, I hope he can keep riding my bike by raising the saddle and raising the gears and be comfortable doing it.

Ok last question — totally unrelated, but we have to ask: if you could pick one meal from your life that was “worth every penny,” what would it be?

So, I had a very good friend and a wine collector, also a foodie. And El Bulli, the restaurant in Barcelona, Spain, was closing. The week before it closed, a group of 14 friends went in his private jet to Barcelona. We flew the night and arrived there during the day. We had a nice lunch and then we went for dinner and spent six hours having the most outstanding dishes and this very emotional moment, knowing that his El Bulli was going to close after. And of course the meal was endless. The wine was amazing. The camaraderie and the friendship was unforgettable and a lifetime memory. Knowing that this will be the last opportunity for you in your life to be able to enjoy that restaurant, I think it’s emotionally very strong.

I think the takeaway there is that if a good restaurant that you love is about to close, you should go and eat there one last time.

Exactly. That’s it. Absolutely. And that, to me, is sometimes the story of life. Things go away and you want to make sure you enjoy them one more time before they do. 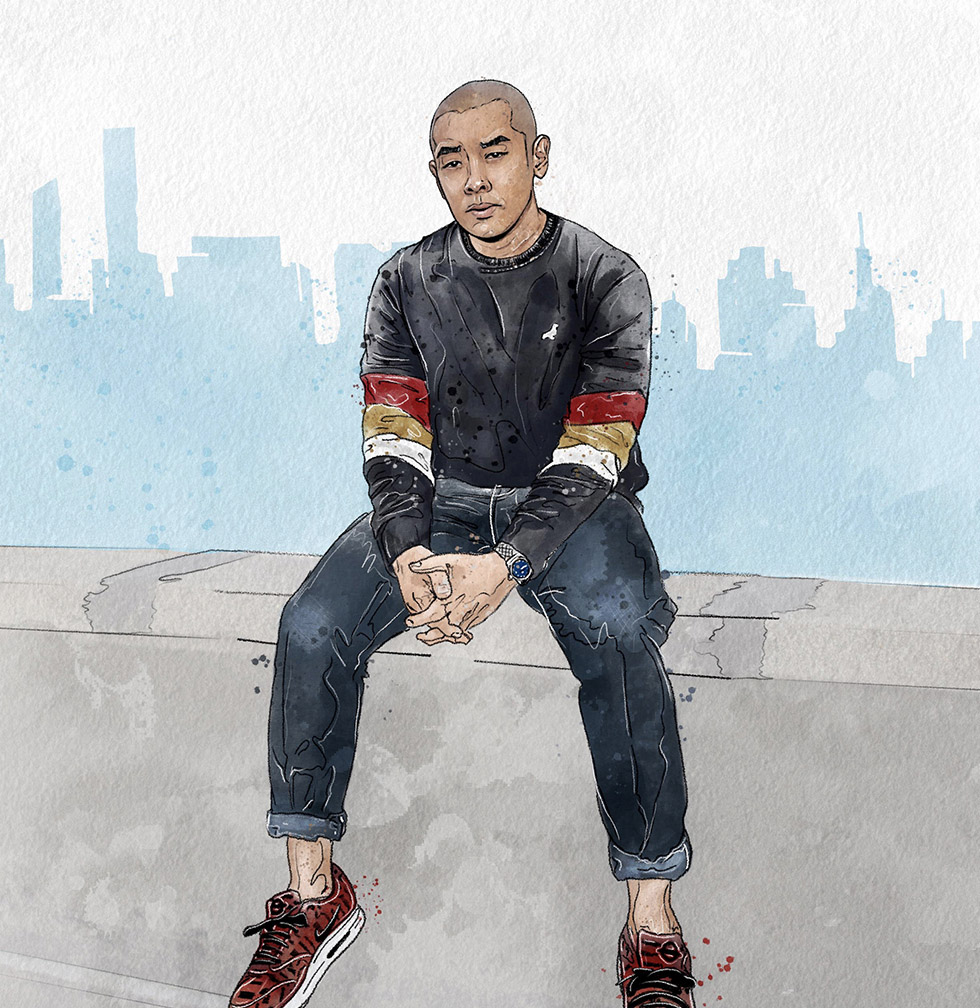 Worth Every Penny: Jeff Staple on Buying a Takashi Murakami Original 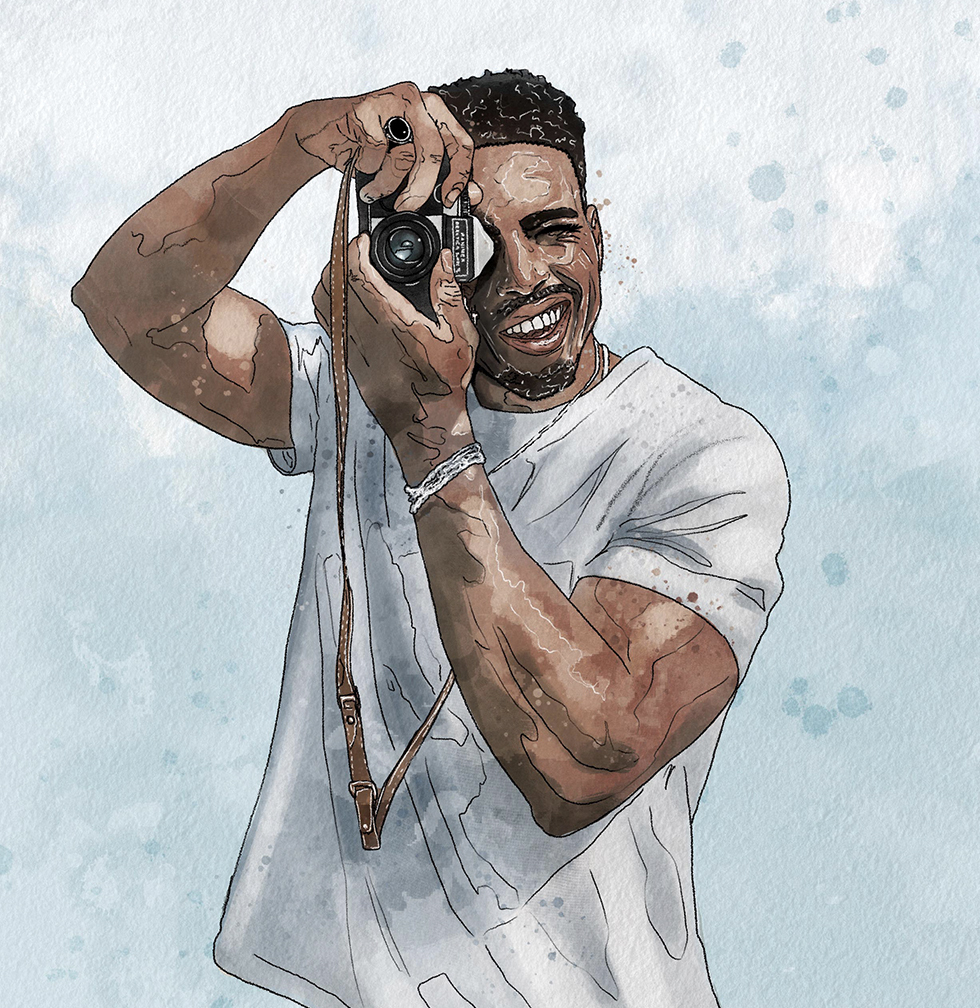 Worth Every Penny: Karl Shakur and the Thrift-Store Camera He Swears By