Earlier this month, we traveled to Bonners Ferry, Idaho, to learn where Goose Island sources its hops. Elk Mountain Farm is a gorgeous place, and located on the 49th parallel, which, geographically, puts it in line with Munich and some of Europe’s most famed growing regions.

We came. We saw. We drank. Kinda’ like Lewis and Clark. But with fewer buffalo, more elk and a whole lotta hops.

We also chatted with Elk Mountain’s man-in-charge, Ed Atkins, to find out exactly what it takes to run a succesful hop-growing operation. Here’s what we found. 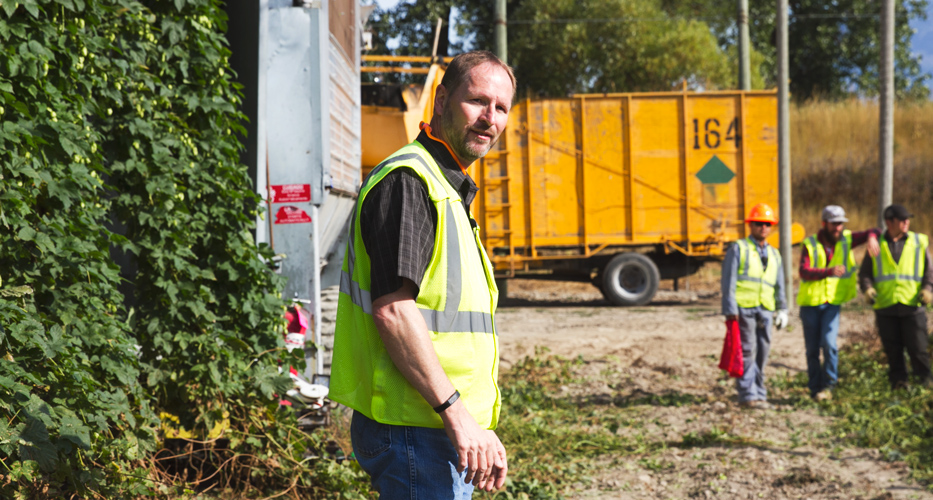 Ed Atkins says that hops are one of the most unique crops a man can grow. I believe him.

He also says the 1,700 acres of arable Idaho topsoil we’re standing on are not for everyone: “You either love it, or you leave it.”

That bit is harder to believe.

Elk Mountain Farm sits in the foothills of the Rocky Mountains, at the tip-top of the Idaho panhandle, in a town called Bonners Ferry. Population: 2,500 and change. The Canadian border, they tell me, is only “10 miles north as the crow flies.”

It’s easy to wax romantic at a place like Elk Mountain. But the reality is that the agricultural side of beer is one of skill and industry, back-breaking labor and prodigious precision. 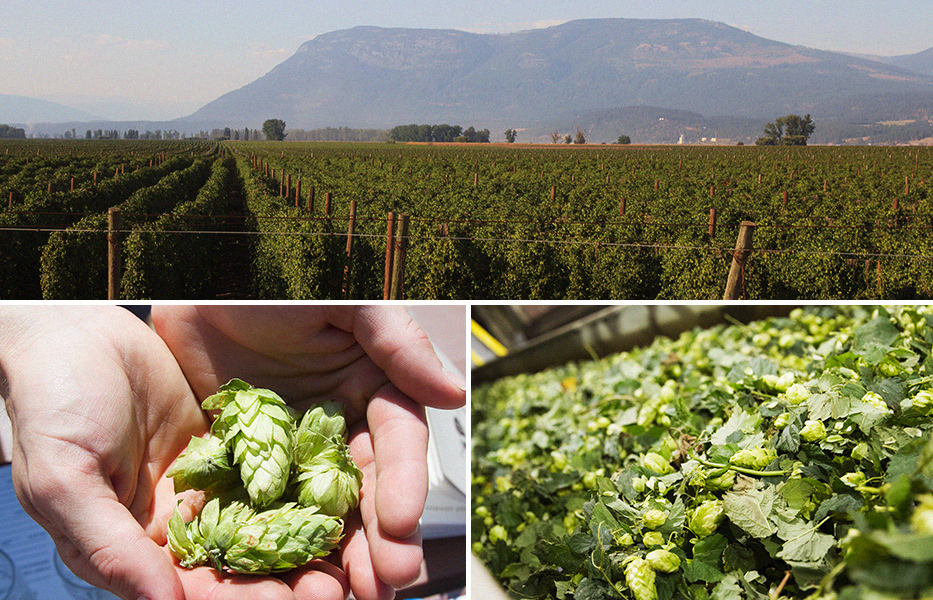 This is the house Anheuser-Busch built. It’s the largest contiguous parcel of land dedicated to growing hops in the entire world. And Atkins — a fourth-generation farmer, his voice laconic, his diction matter-of-fact — has been here from the beginning: 1987.

The beer industry, of course, has changed. Immeasurably. Elk Mountain is now the breeding ground of Goose Island, who went major in 2011 and are now giving the farm new meaning in the everchanging world of craft beer.

What are hops? One quarter of beer. The other three are water, yeast and barley. Hops are why you love, say, the distinct bright spicy notes of an IPA versus the subdued, malty flavor of a bitter English ale. Without hops there is no brew. And without Atkins and his team, there are no hops.

“They require constant attention,” Atkins explains. “Each variety must be strung differently. Trained differently. Sprayed differently. Each come with their own disease and pests. It takes time to learn each variety’s strength and weaknesses. In years past we’ve worked with two or three varieties (of hops), but with onset of the craft boom and with Goose Island here, a big focus has shifted to innovation.”

There are around 60 hop varietals on the farm at the moment.

“We’re always searching for hops with better ergonomics — better yield and higher oils; something more disease-resistant. At the same time, you’re looking for a hop with unique characteristics that might appeal to a brewer. And the brewers don’t necessarily know what that is. It’s a numbers game for us.”

And during picking season, which peaks in late August and early September, numbers are at their highest. The farm staffs 220 workers at max capacity, many of whom have been doing it as long as Atkins. They work in small windows, kicking things into a whirring overdrive at the nexus of perfect ripeness and freshness. Combines rip through the fields. A picker separates the little green cones from their vines before they’re sent off to dry in a massive kiln, where they’re then transported for baling before being shipped off to breweries around the country. 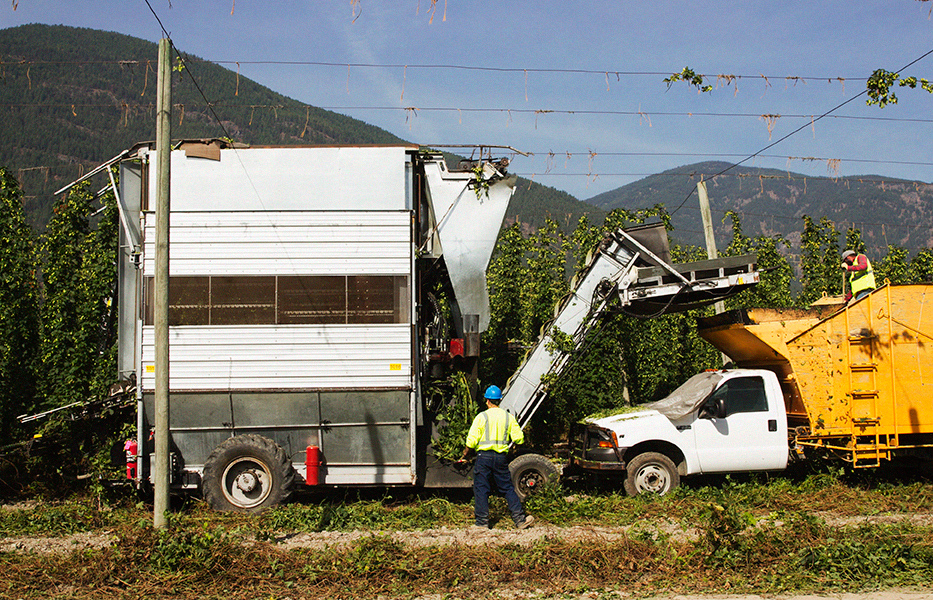 “During harvest we’re on two 12-hour shifts, seven days a week,”  Atkins says. “The folks out in the field are the ones that come back year in and year out. A lot of them live here on the farm during this time. The thing about farming is you’re always on call.”

Atkins punches the clock at 5:30 a.m. every day. He’s worked every stage of the process, from fields to hop picker, kiln to baler, to managing the business side of things, which in all of his 28 years on the farm, might be his only gripe.

“I could do with less paper. Less computer time.”

Taking a 6 a.m. drive along the dike, standing atop a Gator overlooking the hop fields as — just for a minute — a reverential calm prevails, it’s easy to see why.