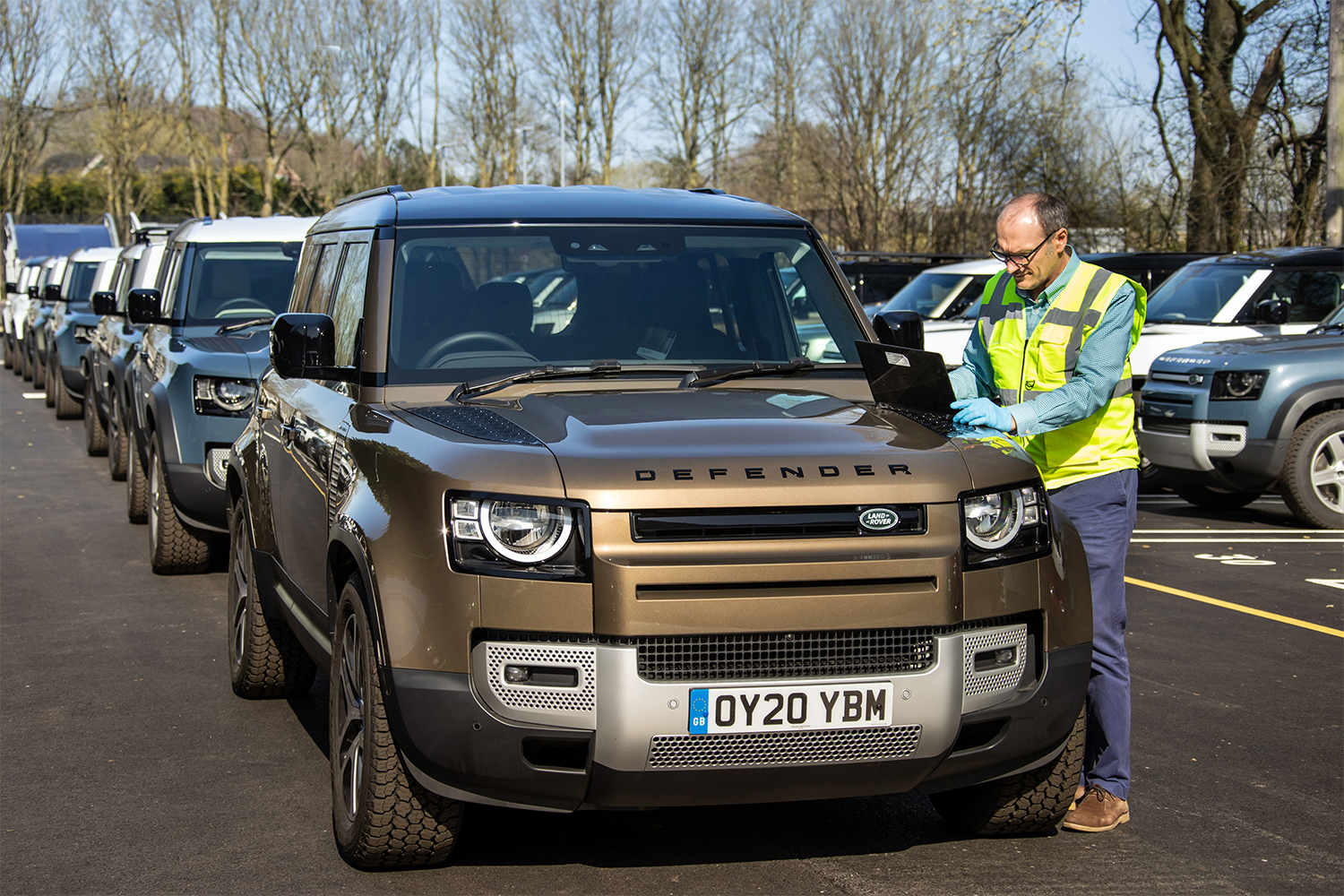 The Land Rover Defender is living up to its name supporting coronavirus response teams around the globe.
Jaguar Land Rover
By Alex Lauer / April 1, 2020 11:58 am

When Land Rover was getting ready to launch the brand new Defender, it took the SUV on a world tour to test its all-terrain chops. That included hooking up with the International Federation of Red Cross and Red Crescent Societies (IFRC) in the United Arab Emirates to drive prototypes on desert sand dunes and the infamous Jebel Jais mountain highway.

“We operate in some of the most hard-to-reach places on earth … That’s why we’re proud to have partnered with Land Rover since 1954, and to be putting their new Defender to the test, as together they help us reach vulnerable communities in crisis, whoever and wherever in the world they are,” said Ilir Caushaj, IFRC’s Team Lead for Global Fleets and Logistics, in a press release at the time.

Today, the entire globe finds itself in a crisis — and Land Rover is proving those tests weren’t just empty marketing stunts. To support aid groups around the globe like the Red Cross during the COVID-19 pandemic, the automotive group of Jaguar and Land Rover announced this week they’ve deployed a fleet of over 160 vehicles, including the new Defender.

According to a press release, 57 vehicles, including 27 brand new Defenders, have been given to the British Red Cross “to deliver medicine and food [to] vulnerable people across the UK.” Additionally, the British automaker has loaned vehicles to Red Cross teams in Spain, France, South Africa and Australia, “with more vehicles expected to be deployed in the UK and other countries very soon.”

“Our partnership with the Red Cross goes back 65 years and we will work hand in hand with them to do all we can during this global health emergency,” said Finbar McFall, Jaguar Land Rover Customer Experience Director, in a statement. “We will also provide help to those closer to home in our local communities. We can all play a part in helping the vulnerable during this global pandemic.”

It’s not an easy time to be in the automotive industry, with factories shut down and sales plummeting as a result of the coronavirus, but Jaguar Land Rover is proof that global businesses can and should step up to the plate for their hometowns as well as countries around the world.