Is Jeep reenlisting in the U.S. Army with the help of AM General? 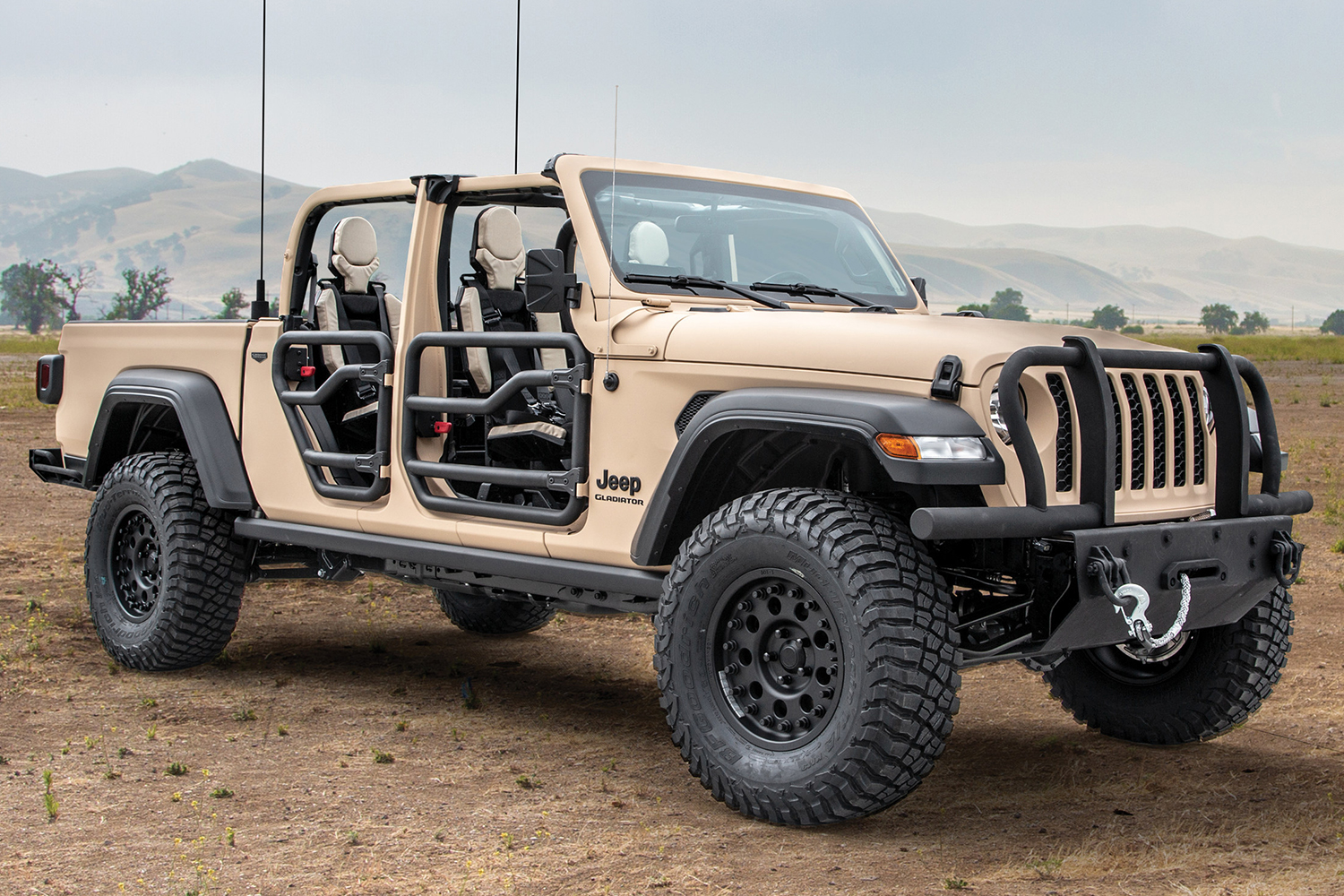 Jeep is setting its sights back on the U.S. Army with the new Gladiator Extreme Military-Grade Truck .
AM General
By Alex Lauer / October 16, 2019 5:00 am

As long as Jeep keeps its iconic style — the boxy shape, round headlights and big-toothed grille — it will forever recall its World War II forebears. But with the release and overwhelmingly positive reception of its new midsize Gladiator pickup, Jeep is no longer content playing dress up. It’s ready for the real thing.

On Monday, AM General and Fiat Chrysler Automobiles (the parent company of Jeep) revealed the Jeep Gladiator Extreme Military-Grade Truck (XMT), a light tactical concept vehicle based on Jeep’s new truck. Their intention? Offering it up as a new option for those in need of a lightweight military truck. After all, the unveiling took place at the Annual Meeting and Exposition of the Association of the U.S. Army, a conference put on by the nonprofit advocacy group.

Even if you’re not familiar with AM General, you will be familiar with the vehicle manufacturer’s best-known model: the High Mobility Multipurpose Wheeled Vehicle, otherwise known as the Humvee (they also are responsible for the civilian Hummer). AM General can also trace its history back to the WWII Jeeps, so this is a reunion of sorts.

As a press release notes, the Jeep Gladiator XMT “has been upfitted by AM General with both custom-built and commercially available military-grade parts to create an even more rugged truck that can traverse the toughest of terrains in adverse conditions and is ready to meet varied military customer requirements.” Reading between the lines, this is merely a concept vehicle that could be used by the U.S. Army, or potentially another military — it all depends on who expresses interest. 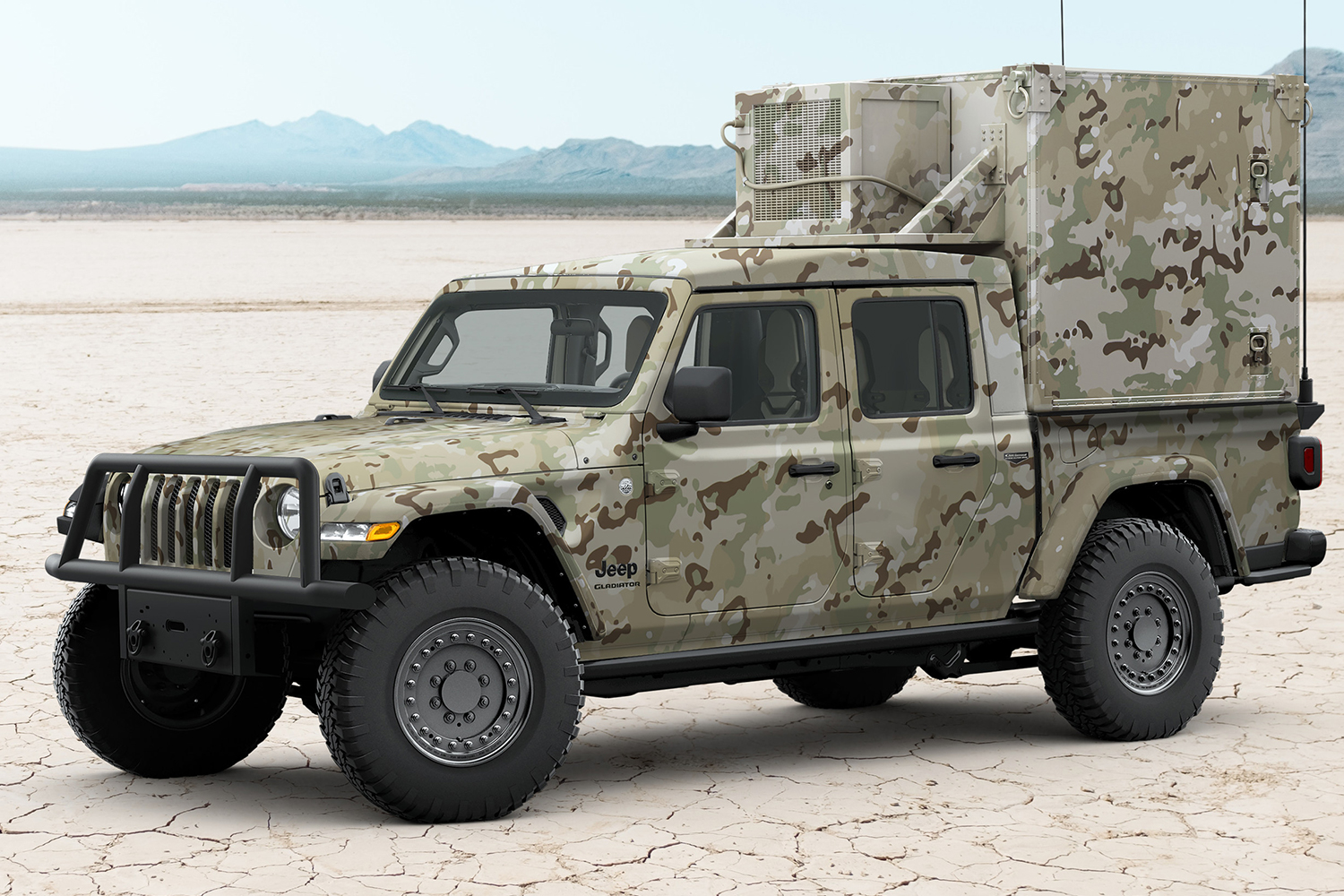 The Jeep Gladiator XMT here is shown as a military communications truck. (AM General)

Despite the conceptual nature of the Gladiator XMT, both Jeep and AM General are ready for any orders that come their way: “Pending feedback and interest in the military marketplace, production could begin in the second half of 2020. In addition to the gas model, Gladiator XMT would be offered to military customers as a diesel version.”

More exciting than the photos, though, is a sentence at the beginning of the press release noting that this “is the first phase of a collaboration that reunites two companies.” First phase, you say? We’ll be keeping our eyes peeled for what else they’ve got cooking.