Ferrari Threatens User With Lawsuit for … Posting Pics of His Ferrari 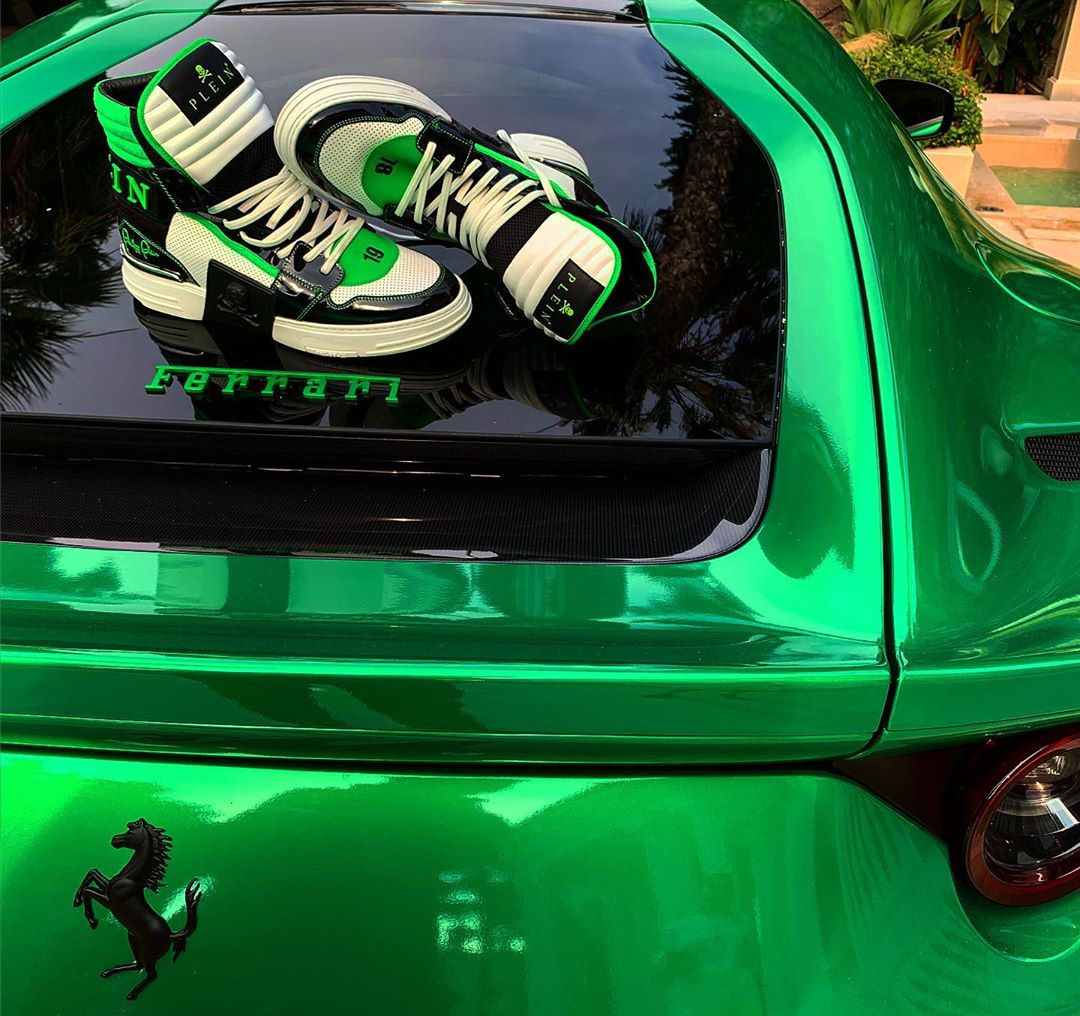 Philipp Plein is a busy man. A quick look at his Instagram presence reveals a glimpse into the life of a wealthy, globetrotting fashion designer: bold outfits, parties with famous people and fashion events around the world. Plein is also a fan of motor vehicles: his Instagram features numerous loving-photographed images of cars and motorcycles, including a bright green Ferrari 812 Superfast with a pair of Plein-designed sneakers resting atop it.

Based on that, one could surmise that Philipp Plein likes Ferrari. That feeling, apparently, is not mutual.

Last week, Plein posted a photograph of a letter from Ferrari’s lawyer asking him to take down his earlier photo with the sneakers “This behavior tarnishes the reputation of Ferrari’s brands and causes Ferrari further material damage,” the letter reads in part.

Plein’s response was, understandably, one of frustration: in a subsequent post, he remarked that he had purchased 4 Ferraris in the last 10 years. “And if I don’t remove it you will do what ??? Take my car away … hahahahaha,” he wrote on the image itself. It’s a solid point.

As Jalopnik’s Jason Torchinsky reported, Plein has also posted plenty of photos of his Lamborghini Urus to Instagram. Lamborghini, however, “have so far had the sense to just keep cool about it.”

In their letter, Ferrari’s lawyers gave Plein a 48-hour deadline to remove the offending photo from his Instagram feed. That deadline has now passed, and the photo remains. Perhaps the automaker will follow through on their threats, or perhaps they’ll realize that this is a decidedly bizarre fight to pick. Especially since Plein’s response involved gathering images of other people displaying their sneakers on top of supercars. (Or, in one case, a scale model of one.)

SUPPORT THE FAMILY !! It’s honestly amazing how many people show love ❤️ and support the family 🙏 …… I am receiving thousands of photos from PP 👟 on SUPERCARS from all over the world 🌎 ITALY 🇮🇹 GERMANY 🇩🇪 FRANCE 🇫🇷 USA 🇺🇸 BRAZIL 🇧🇷 UK 🇬🇧 MONACO 🇲🇨 AUSTRIA 🇦🇹 NETHERLANDS 🇳🇱……….. !!! Where do we all end up if brands will start to dictate us what to post on our personal Instagram accounts ?? Social media gives all of us the freedom of speech ✊ this is not a fight against Ferrari, this is a fight for our right to post on our private social media accounts whatever we decide (as long as it does not cause any harm to anybody) ! NOBODY SHOULD DICTATE US WHAT TO DO AND WHAT NOT ! 🔈🔈🔈DON’T PUSH US ✋ BECAUSE WE WILL PUSH BACK STRONGER 💪 MY MOVEMENT IS STRONG AND NOBODY CAN STOP US !

As for Plein, he’s apparently been hanging out with Busta Rhymes in Monaco. Earlier this year, he announced his own foray into car design; it’s a safe bet that he won’t be offended by sneakers resting anywhere on this particular vehicle.