“He promised me the moon.” Literally.

Fashion billionaire Yusaku Maezawa, 44, wants to woo a life partner with the promise of a round trip to our lunar neighbor via the private aerospace aviation company SpaceX.

According to Mashable, the founder of the Japanese clothing retailer Zozo is saving a seat as part of a block of tickets he bought for a 2023 lunar flight, where

“I’m sure I’ve been able to acquire my share of money, social status, and fame along the way. But now I’m restarting my life. I’m 44 now,” as Maezawa writes on his website. “As feelings of loneliness and emptiness slowly begin to surge upon me, there’s one thing that I think about: Continuing to love one woman.” 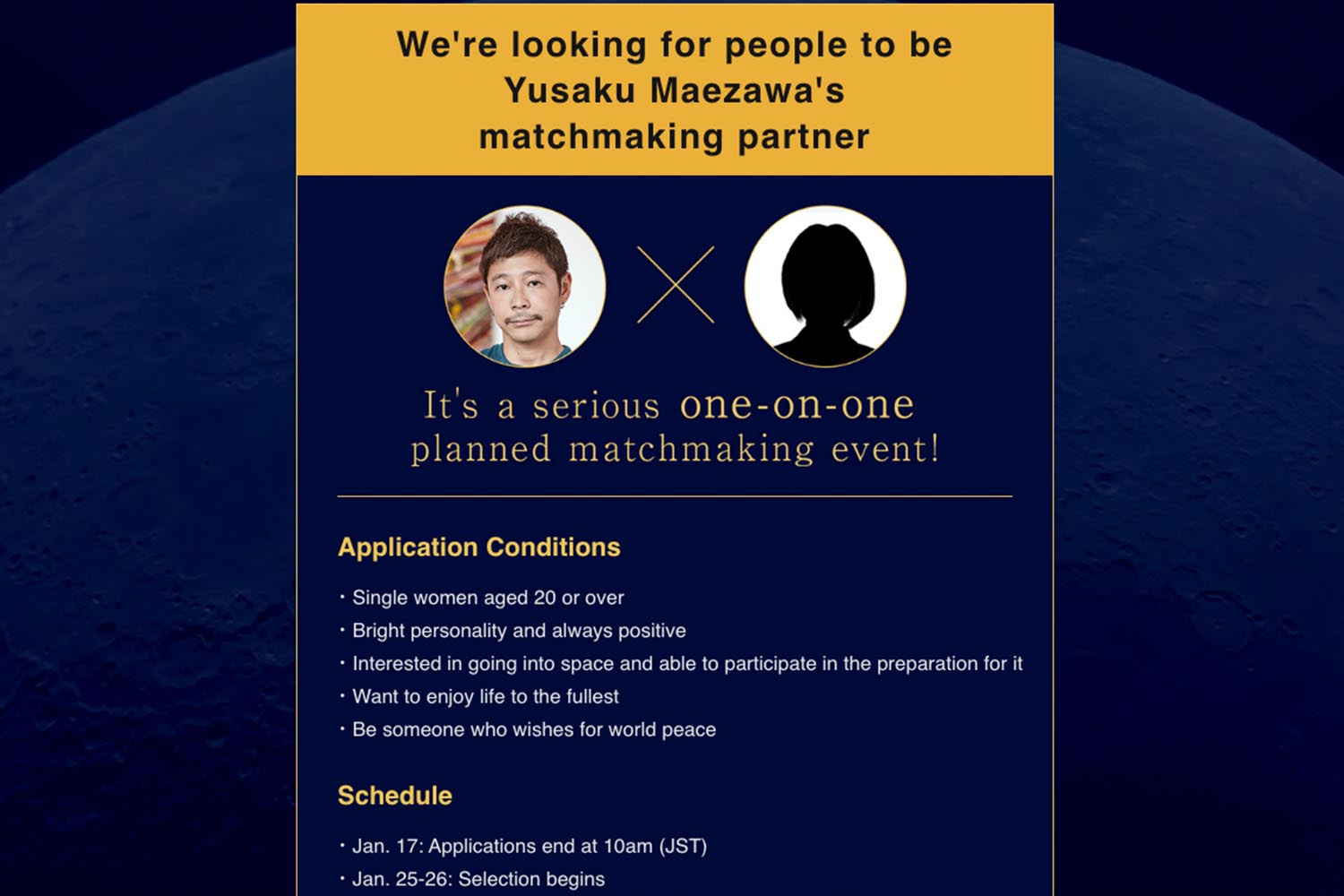 The application on Yusaku Maezawa’s site

So, if you’re interested, you need to be a single woman aged 20 or over with a”bright personality” and someone who wishes for world peace. Application are due on January 17th. Even then, successful applicants will initially have to go on matchmaking dates with Maezawa — and wait three years, since the lunar trip doesn’t happen until 2023.

As for his own dating bio, Maezawa says he has a passion for contemporary art (e.g. he once purchased a Basquiat painting for $110 million), supercars and wine. And he’s done both a 100 million and 1 billion yen giveaway on Twitter. And he wants to ultimately find a “life partner” so he can “shout our love and world peace from outer space.”