No need to hang back at bag drop with those balloons 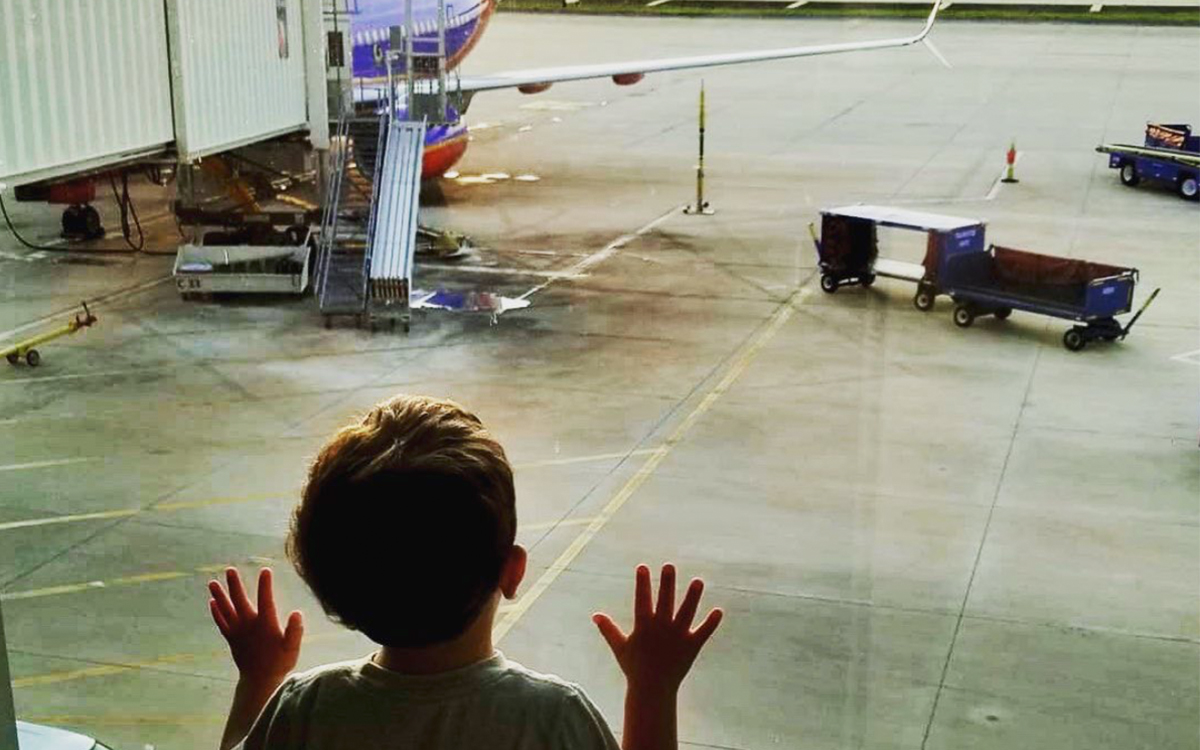 If you’ve boarded an Amtrak or a Megabus recently, you know that even in 2019, there’s a stunning lack of decorum (or security) involved with America’s grounded methods of public transportation.

You pretty much just show up with a ticket and a bag or two, then say goodbye to whomever you were with right there on the terminal or street corner. If they’re so inclined, they could run alongside the window cinematically as you motor away, and no one would make a stink. The casualness of that process is comforting. But it’s long been unrealistic — and downright illegal — for air travelers in a post-9/11 world.

Non-ticketed passengers in the vast majority of American airports can only make it as far as security, which, I can say from experience, is a godawful place to say goodbye to a loved one. If you’re running a bit late, and see a wait time upwards of 10 minutes for a security line, you don’t have time to say much of anything. And on the flip-side, when you’re looking to greet an inbound flyer, it’s a bit of an impersonal hassle to find him or her among the iPad-waving drivers over at baggage drop.

Tampa International Airport has a solution to that problem. Taking its cue from from Pittsburgh International Airport, which began allowing the general public into its terminals in 2017, Tampa just debuted the TPA All-Access pass. Those interested in accessing the post-security portion of the airport (gates, shops, restaurants) can now register online at least 24 hours before their visit. The day of the arrival/departure, the visitor simply picks up the pass on Level 3 of the Main Terminal, and then proceeds through security with the pass and a government-issued ID. It’s in his or her best interest to arrive as empty-handed as possible, in order to cruise through security.

Naturally, this program comes with some stipulations. It will be rolled out just for Saturdays at the moment, and there are only 25 passes available each day. And obviously you have to live in Tampa (or Pittsburgh) to really appreciate it. Considering the year TSA has had, adding a bunch of non-travelers to the mix overnight is not ideal. But this could be an excellent test case to see if the method could work on a broader scale in the coming years.

Read the full story at AFAR