The national landmark will be closed to climbing starting next month 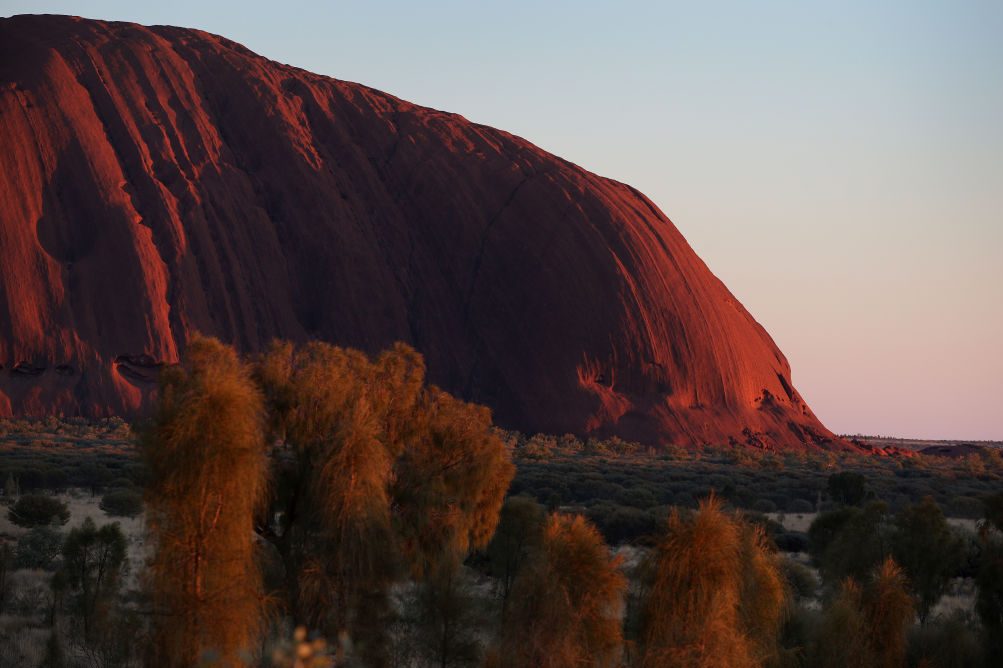 A general view of Uluru as seen from the designated sunrise viewing area in the Uluru-Kata Tjuta National Park, Australia. The Uluru-Kata Tjuta National Park board decided unanimously that the climb will close permanently on October 26, 2019. (Photo by Lisa Maree Williams/Getty Images)
Getty Images
By Bonnie Stiernberg / September 15, 2019 10:53 am

As National Geographic points out, Australia’s national landmark Uluru — also known as Ayers Rock — will be permanently closed to climbers next month after decades of controversy.

Considered sacred by Australia’s indigenous Aboriginals, the rock currently sports a sign that reads, “Please don’t climb. This is our home. As custodians, we are responsible for your safety and behavior. We worry about you and we worry about your family.”

In addition to being disrespectful of the sacred land, climbing Uluru is dangerous. At least 36 people have died while attempting to make the climb, and between 2002 and 2009, 74 climbers have required medical attention on the rock. That made the permanent climbing ban, which takes effect on Oct. 26th, an easy decision for the Uluru–Kata Tjuta National Park board.

Climbing on Uluru has been in decline in recent years as cultural attitudes towards trespassing on land the Aboriginals consider to be sacred have changed. In the 1990s, 74 percent of visitors climbed the landmark. By 2016, it was just 16 percent. As National Geographic points out, a 2016 survey found that more than three-quarters of the park’s visitors were aware of the “please don’t climb” sign and over 90 percent said they would respect the wishes of the Aboriginals and not climb.

“Whitefellas see the land in economic terms,” Sammy Wilson, chairman of the park board, said in a statement, “where Anangu see it as tjukurpa [the ancestral source of being]. If tjukurpa is gone, so is everything. We want to hold on to our culture.”