Leave it to the Danes 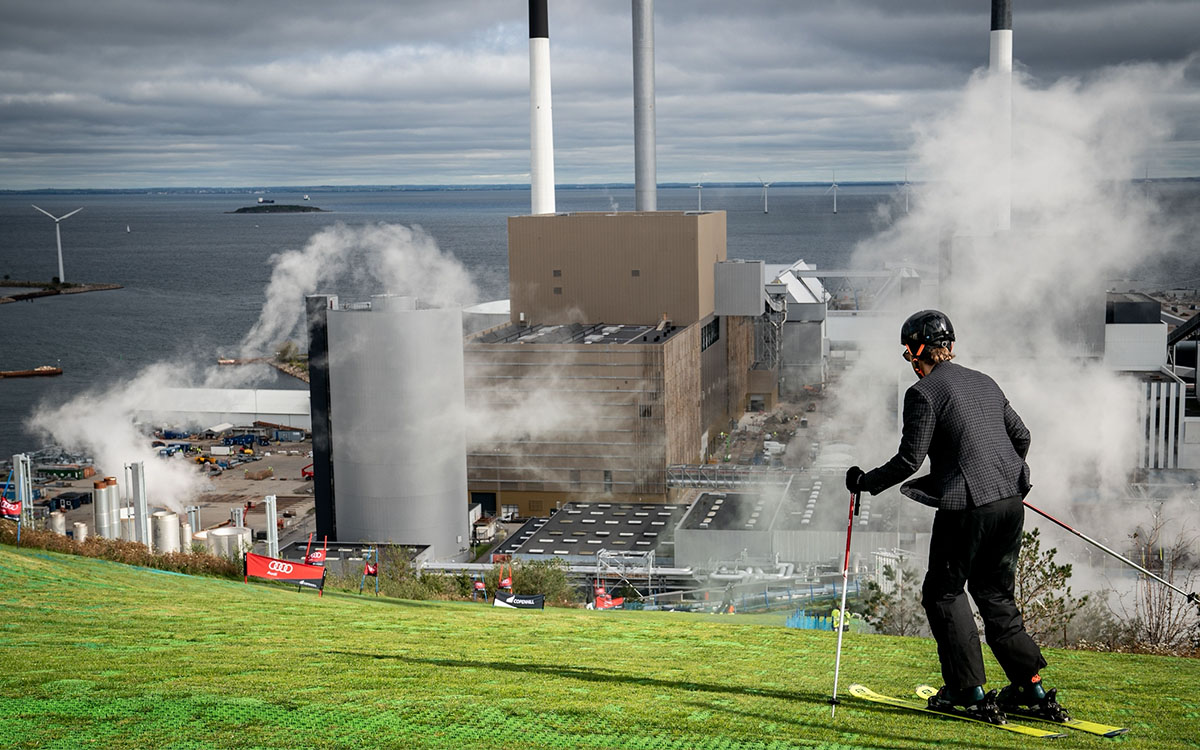 I lived in Copenhagen for a bit a few years ago and can confirm most of what you’ve read in the news. The majority of the city bikes to work, the architecture is stunning, and the people are quite content. One memory stands out in particular: on an afternoon in late August of that year, the Danes were hit with “scorching” 70 degree temps; roughly half the city decided to skip work to sunbathe at a harbor pool called Islands Brygge. It was a Tuesday.

Another perfect encapsulation of that modern Danish spirit — sustainability, design and fun — is CopenHill, Copenhagen’s famous “power plant ski slope” which officially opened to the public last week. The Bjarke Ingels plant, which is known to Danes as “CopenHill,” officially opened in 2017, and is the cleanest waste-to-energy plant in the world. It burns 400,000 tons of municipal solid waster a day, meant to power Copenhagen’s electric grid or supply district heating (it can be programmed to serve either purpose), and literally generates clean water as a byproduct. This handy chart breaks down exactly how efficient the plant is.

The plant’s minimal footprint is only one side of the story, though. There’s also the city’s pride for the site, formally called Amager Bakke, as a legitimate landmark. Power plants — especially in the States — are often hidden in the twisting, ugly mess off of freeways. We drive by, spot the emissions, frown, and move on. CopenHill is a revelation by contrast. Keep in mind that Copenhagen is hell-bent on going carbon neutral by 2025. Younger generations can now grow up, “and won’t remember that there was a time when you couldn’t ski on the roof of the power plant.” That’s Bjarke Ingels speaking for his own one-year-old son.

It’s taken almost three years since the plant started operating for the ski run to be installed and opened to the public, but it’s ready to go, and it legitimately looks good. The artificial slope was made by Neveplast, a leader in the dry ski slope space, and colored green to fit the ethos of the project, plus safeguard it from looking dirty and ragged over time. For $50, you can ski down the mountain. Expect crowds, and in the first year, even a ton of locals. (Denmark is a flat place compared to its northern Nordic neighbors, without much to offer for adventure sports.) When you’re done, head inside the plant to drinks Carlsbergs and try Danish tapas … because of course CopenHill has a restaurant.

To reserve a skiing session, head here. (The site is in Danish, so best have Google Translate ready. But it’s easy enough to follow.)

Read the full story at ArchDaily