Michael Jordan can be really mean, who would've thought! 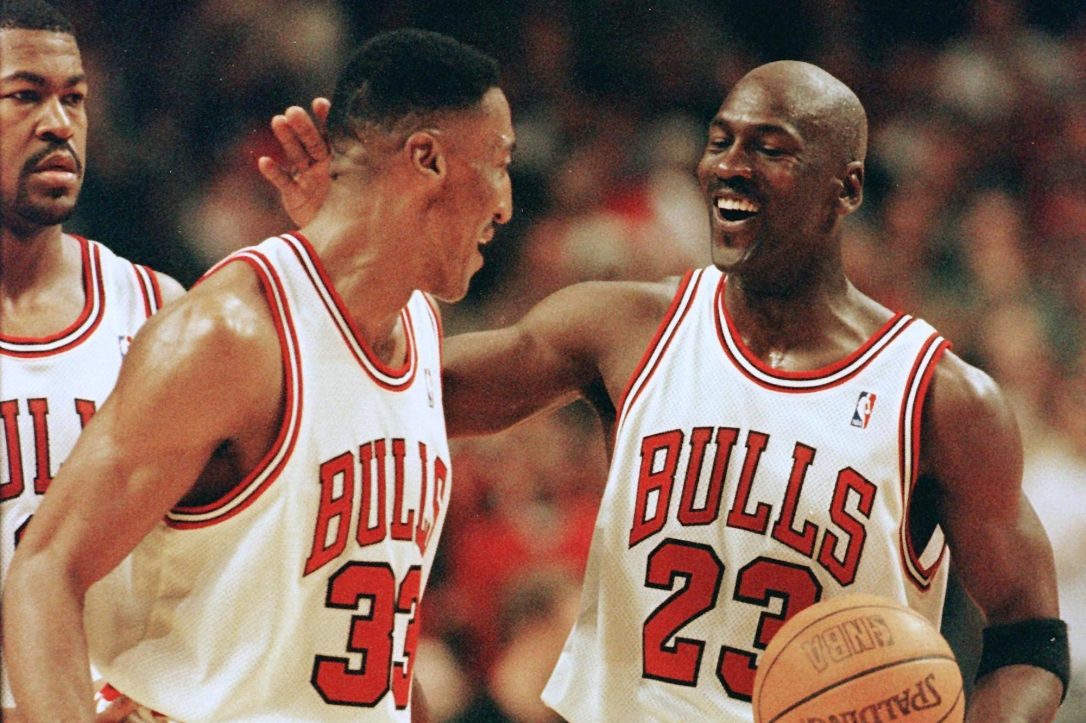 Scottie Pippen and Michael Jordan celebrate, back when Jordan was nicer to Pippen.
AFP via Getty Images
By Jack Tien-Dana / May 21, 2020 12:53 pm

Although Michael Jordan feared that ESPN’s The Last Dance would make him look like a “horrible guy,” those fears were ultimately unfounded. To be sure, Jordan might not seem like the most fun person to share a tandem bicycle with, but the doc generally presents him in a very favorable light. The problem: the doc lionizes Jordan and prioritizes his experiences at the expense of his teammates. Just ask Scottie Pippen, who is “beyond livid” about his portrayal, according to ESPN 1000’s David Kaplan.

“He is so angry at Michael and how he was portrayed, called selfish, called this, called that, that he’s furious that he participated and did not realize what he was getting himself into,” Kaplan said.

And Pippen has a point: other former Bulls have also expressed their unhappiness with The Last Dance, with Horace Grant recently calling Jordan a liar and a snitch. The doc (and, by extension, Jordan) may give Pippen his flowers for his on-court production, but there’s also intense scrutiny on Pippen’s less-flattering moments —notably, his decision in 1997 to delay offseason foot surgery until October and rehab for the first few months of the 1997-1998 season looms large; in the series’s second episode, Michael Jordan admits that he thought Pippen acted selfishly. Jordan is also evasive and judgmental when asked about Pippen’s refusal to play the final 1.8 seconds of Game 3 of the 1994 Eastern Conference Semifinals after Phil Jackson drew up a play for Toni Kukoc instead of Pippen. “It’s always going to come back to haunt him at some point, in some conversation,” Jordan said. “Pip knows better than that.” In arguably the doc’s oddest moment, Jordan appears to be personally offended that Pippen had the temerity to suffer from a migraine during the Bulls’ Game Seven loss to the Detroit Pistons in the 1990 Eastern Conference, insinuating that Pippen was being a baby.

Even if Pippen feels slighted by The Last Dance, he can at least take comfort in knowing that he has the support of his former teammates — besides, well, you know.

“Scottie was so underrated — and so underpaid. He should be holding his head up higher than Michael Jordan in this documentary,” Dennis Rodman recently told ESPN. “I think a lot of people are now realizing what he went through. The kid was a hero, in a lot of ways, during those great Bulls runs.”