Pete Davidson Tells the Story of Louis C.K. Trying to Get Him Fired

"You're gonna smoke your career away, idiot." 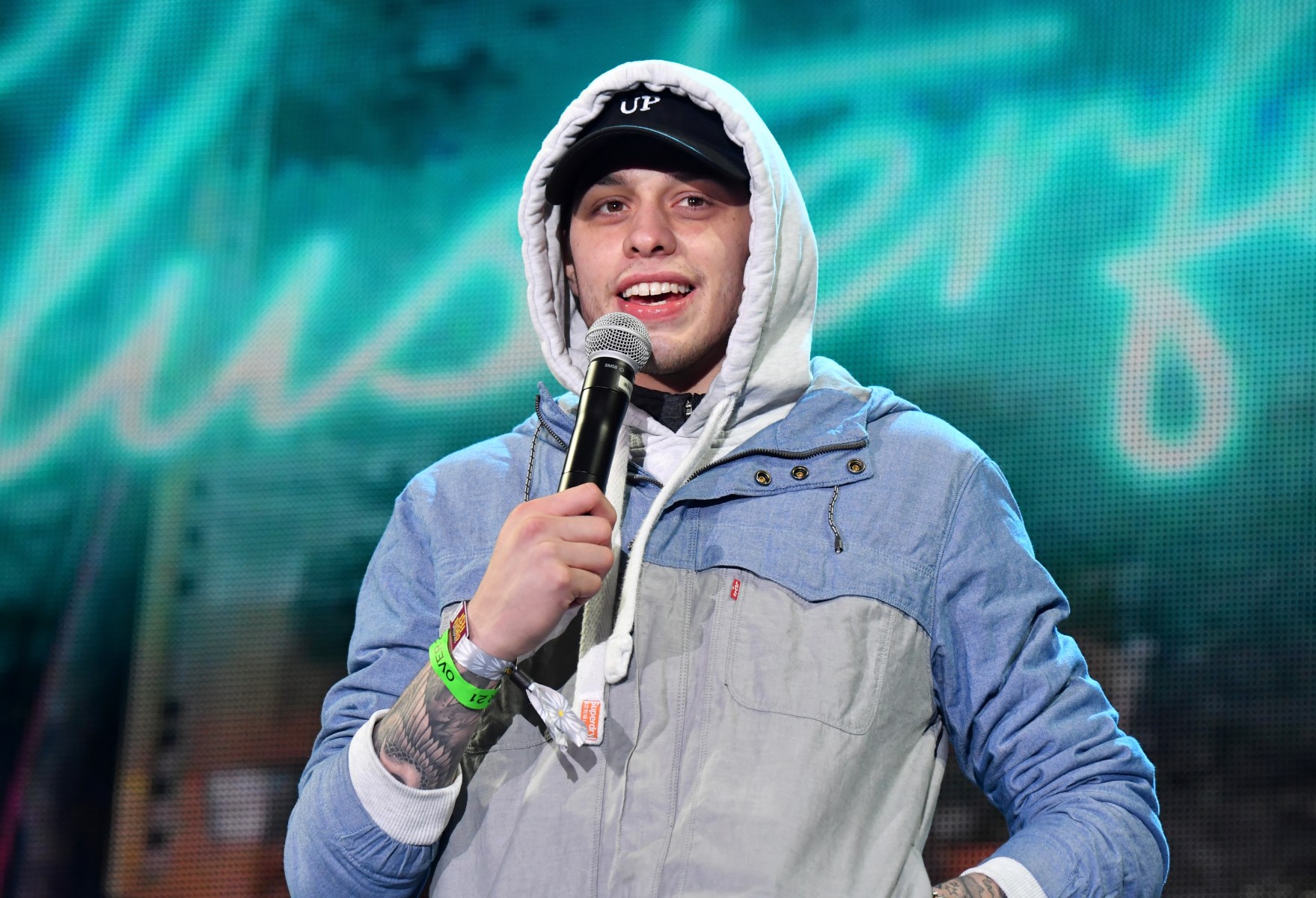 Back in January, Pete Davidson made headlines when he revealed that Louis C.K. once tried to get him fired from Saturday Night Live for smoking too much weed, and now that Davidson’s new stand-up special Alive From New York has dropped on Netflix, we finally have the full story.

Davidson kicks off the special by diving right in to the Louis C.K. bit — he opens with “So Louis C.K. tried to get me fired from SNL my first year, and this is that story” — and he recalls, to laughs from the audience, that “at the time, he was someone you would look up to.” He sets the scene, remembering lighting a celebratory joint in honor of making it through his first season on the show and heading to the elevators.

“Louis C.K. was like holding court and talking to a bunch of the cast and writers and cool people, and they were clearly very into a conversation, so I was just like ‘I don’t want any part of that,’” he said. “Like, you know, I’m high, I don’t want to ruin it for anybody, or like I don’t want that guy to know I exist, you know? So I just put my hoodie on, and I closed it really tight, and I walked all the way around to the other side of the elevators so I could not be in the way at all, and I press the button and I’m just waiting there, and then all of a sudden Louis C.K. stops his conversation. He looks up at me and points and goes, ‘Look how fuckin’ high Pete is, that fuckin’ idiot, just getting fucking high at work, you stupid fuck. You’re gonna smoke your career away, idiot.’ And I was like, so high that I was like ‘That didn’t happen.’ I was like ‘No, nah, this is a me issue for sure. He probably said “see you tomorrow, champ!”‘

The next day, however, Davidson was summoned into Lorne Michaels’ office. “I open the door and Lorne’s sitting there, right?” he said. “He looks very confused, and he’s like ‘sit down,’ so I do, and he goes, ‘So uh, Louis came in and told me that you smoke weed.’ And I was like, ‘Uh, yes. The rumors you have heard ring true.’And then I saw, with his eyes, he kinda looked deflated, like he didn’t know what to say, you know? ‘Cause with his eyes, he’s like ‘I’m sorry we’re having this conversation, but like, Louis told on you, and he told me to talk to you, and personally I don’t think this is a big deal, ’cause people used to do coke here, and I think you’re a pussy actually. I’m really sorry we’re having this conversation.’ You know, and I read that with his eyes, and with my eyes, I said, ‘No doubt, homie.’”

The comedian then goes on to recall an ambivalent Michaels recommending that he maybe keep an eye on the amount of weed he’s smoking before revealing that C.K. said he smoked so much that it made him uncomfortable, something that upset Davidson because “that’s somebody’s approval you want.”

“I had to sit with that for like five years, you know?” he continues, before building up to the punchline. “And then one glorious morning, I woke up and I read ‘Louis C.K. jerks off in front of women.’ I went, ‘Yes!’ You know what I mean. Like I didn’t want it to happen, but if it was gonna happen to anybody, I’m glad it was him. Does that make sense?… It bummed me out hearing this shit, because I just felt bad for all those women that he jerked off in front of. It’s just really sad because it really affected them, and if they only knew that you know, when Louis like whipped out his dick and started jerkin’ it, if they just like, lit up a blunt, he would’ve been like, ‘Oh fuck, is that weed? Holy shit, you fuckin’ animals. I’m telling. You pieces of shit. Oh, fuck. You’re gonna smoke away your career.’”

It’s a solid bit, but it’s also a reminder of Louis C.K.’s weird fixation on the dangers of marijuana, which he devoted an episode of Louie to back in season 4, before he was an admitted sex offender. Davidson’s had a rough go of it, but he hasn’t “smoked his career away” yet; Louis, on the other hand, has staged a few comeback attempts but probably still yearns for the days when narcing on a young SNL cast member was the worst of his public transgressions.

Why Is Coronavirus Killing More Men Than Women?

Will Aaron Rodgers Retire a Packer?

Here's One Way to Finish Shooting a Film During Quarantine

Trump Decides to Roll Back Fuel Economy Standards During Pandemic

MLB Ace Having Elective Surgery During a Pandemic Seems Wrong

HQ Trivia Returns, Thanks to an Anonymous Investor

Why Is Coronavirus Killing More Men Than Women?

Will Aaron Rodgers Retire a Packer?

Here's One Way to Finish Shooting a Film During Quarantine

Trump Decides to Roll Back Fuel Economy Standards During Pandemic

MLB Ace Having Elective Surgery During a Pandemic Seems Wrong

HQ Trivia Returns, Thanks to an Anonymous Investor