The puppeteer behind Elmo is facing new workplace abuse claims

The entertainment world has undergone a shift since the start of #MeToo, with everyone from A-List celebrities to non-unionized PAs coming forward to discuss how toxic working in the industry can be.

Now, a new reckoning has come to Sesame Street.

Numerous complaints from craftspeople were reported by The Hollywood Reporter about The Jim Henson Company (the owner of brands like The Muppets and Sesame Street), including unsafe work environments due to toxic materials, and workers claiming to be underfunded, overworked, and non-unionized. A prime example of the working “food chain” at the company was in stories told about puppeteer Kevin Clash, who voiced the character Elmo from 1984-2012. He’s been the subject of complaints from former workers on the set of the Disney+ show Earth to Ned, who say that the puppeteer was “condescending” to them while they were working on the set.

One former wrangler said that they were told to avoid him on set because of his temper, and to not ever address Clash directly. Another worker that Clash told him to “shut the fuck up,” because he “got too close to him” as he was recording a voicemail for a child in character.  Wranglers allege a “clubby” workplace between the puppeteers at the company, who are deemed the “talent” for the voice of the characters, while wranglers are the ones who operate and fix the puppets. One production designer claimed that the wranglers and other craftspeople are “”always viewed as ‘lesser than,’ when they are just as qualified — actually far more skilled in the fabrication, engineering and manipulation of puppets — than the people being paid to perform.”

Clash left the show in 2012 after four men came forward alleging sexual abuse claims against Clash from when they were minors. The charges were later dropped due to the statute of limitations. Neither Clash nor The Jim Henson Company have responded to The Hollywood Reporter for comment.

Elmo is the most recognizable face of Sesame Street, the iconic New York-based children’s TV show that has run since the 1960s. Clash was the longest serving Elmo, who is currently voiced by Ryan Dillon.  Craftspeople at the company are hopeful that puppeteers will stand with them as they try to unionize, and are hoping to come to a union agreement by 2023. 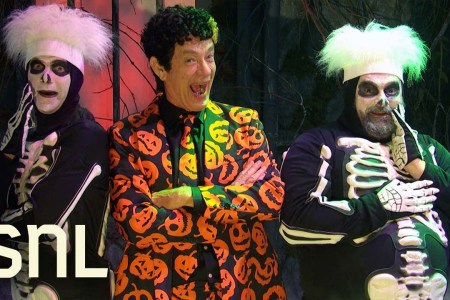