Opera, guitar solos and film recommendations — this interview has it all 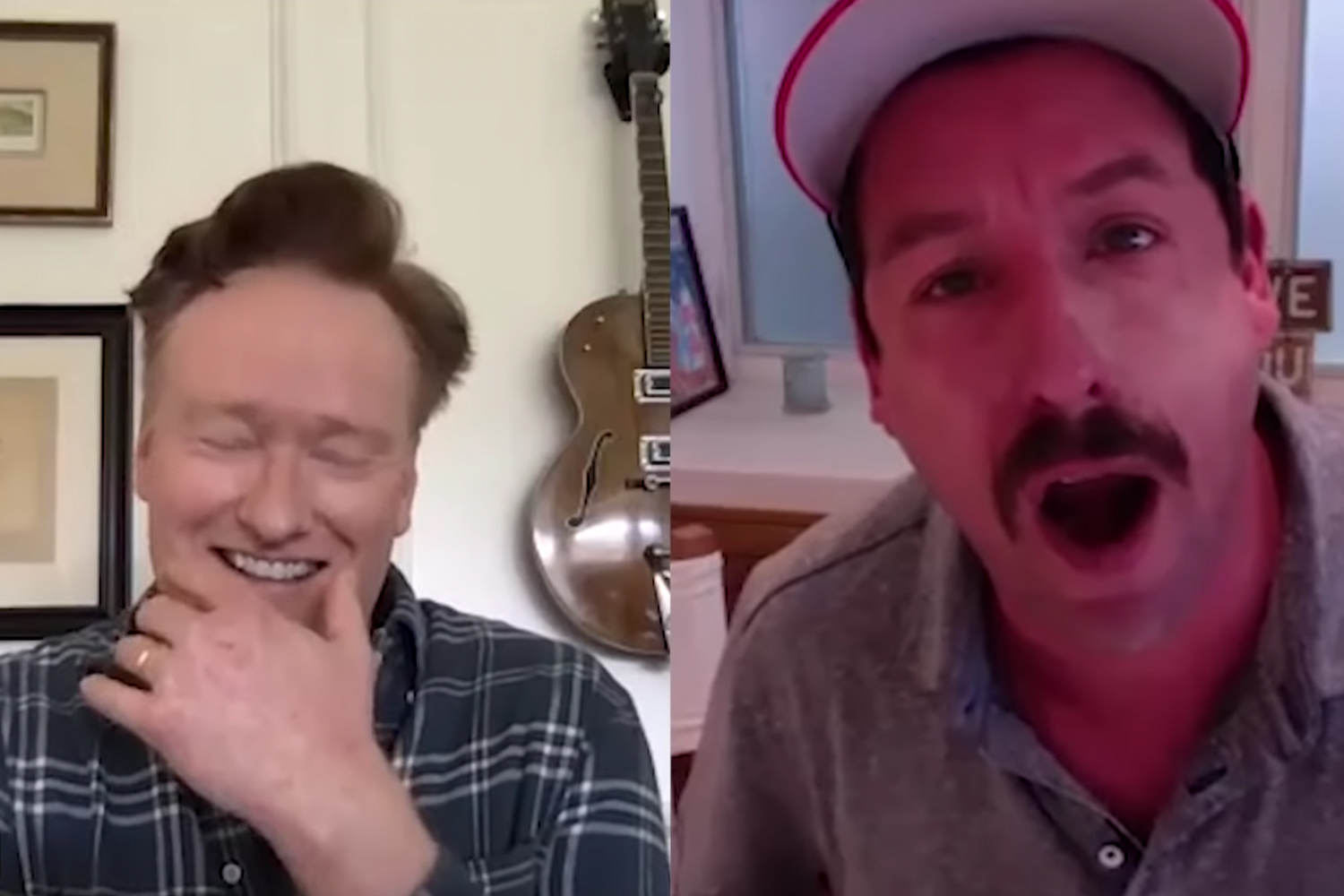 Two very funny people having a very funny conversation.
Screenshot via Team Coco on YouTube
By Tobias Carroll / April 1, 2020 7:10 am

Adam Sandler: he’s played a wedding singer, a human statue and the son of Satan as part of his long career. But every so often, he’s also made forays into opera.

Admittedly, we’re unlikely to see him topline a production at Lincoln Center any time soon — but if you watched him during his Saturday Night Live days, you might well remember his recurring character Opera Man. Sandler returned to the character in a 2019 appearance on the show.

Sandler recently appeared on Conan O’Brien’s late-night show Conan, where the two engaged in a long conversation about life during social isolation and why their neighbors think that O’Brien is weird. As befits a conversation between two longtime colleagues and collaborators — both of whom happen to be very funny people to boot — the effect is both charming and frequently hilarious.

Around 14 minutes into the interview, O’Brien and Sandler discuss the phenomenon of Italians in isolation coming onto their balconies to sing. Sandler offers up his own opera skills as a possible American version of the same phenomenon. What follows is both surreal and hilarious, a testament to both Sandler’s skill at comedy and his ability to hold a note for a surprising amount of time.

The rest of the conversation is also well worth a watch — and if you’ve wondered what classic comedies both O’Brien and Sandler are showing their families during social isolation, your questions will be answered. You’ll also find out what happens when an audience expecting to see Young Frankenstein gets Young Mr. Lincoln instead.