Will Zion Williamson Join the Triple Ones Club?

Only four players have done it before. 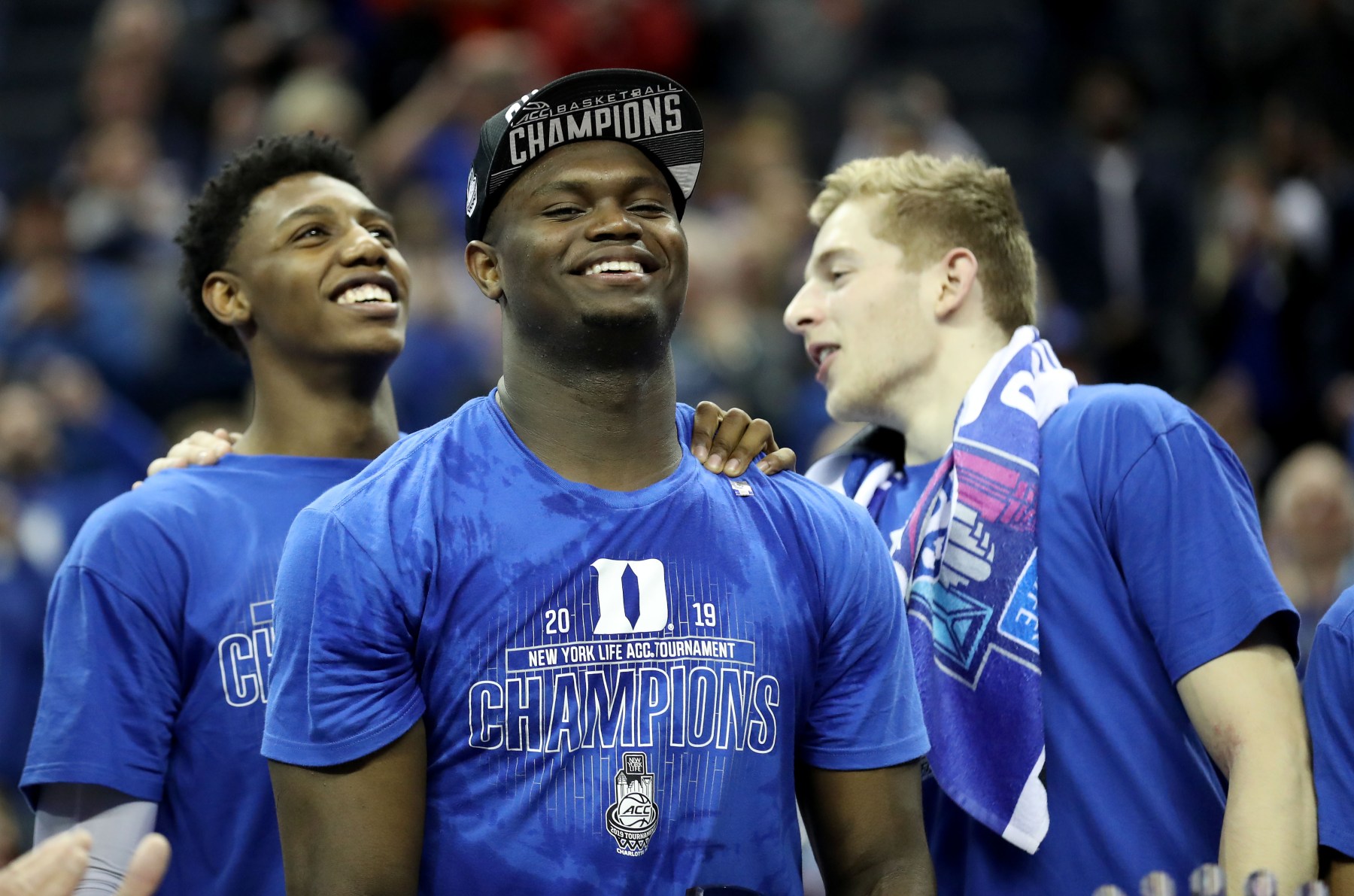 There have only been four players in NBA history who won the AP Player of the Year award, a national championship and who then went number one in the draft — and Zion Williamson could be next.

It’s called the Triple Ones Club; and only Anthony Davis (2012), Kareem Abdul-Jabbar (1969), Bill Walton (1973) and David Thompson (1975) have racked up all three honors, The Ringer reported. Davis, a three-time All-NBA first-teamer is, of course, still playing at a high level and is regarded as one of the league’s best each year since he was drafted in 2012. The three others are all in the Basketball Hall of Fame and the College Basketball Hall of Fame.

Williamson is touted as the best in all of college basketball, with the best skills to translate to a successful NBA career.

When Williamson got hurt on February 20, the Duke Blue Devils were 23-2 and ranked no. 1 in the country. With him out for six games, Duke went 3-3 and nearly lost a fourth. The two games the team lost with Williamson came by a combined six points; the three games it lost without him came by a combined 30, according to The Ringer. After he returned, Williamson went 13-of-13 from the field and Duke won the ACC tournament. They’re the favorite to win the NCAA tournament, too.

He has the first two parts of the Triple Ones Club requirements wrapped up, according to The Ringer. “He’s going to be drafted first overall, and he’s going to win AP Player of the Year,” the site wrote. “We’re watching the birth of a basketball legend.”