The 15th overall pick finished with a quarterback rating of 101.5 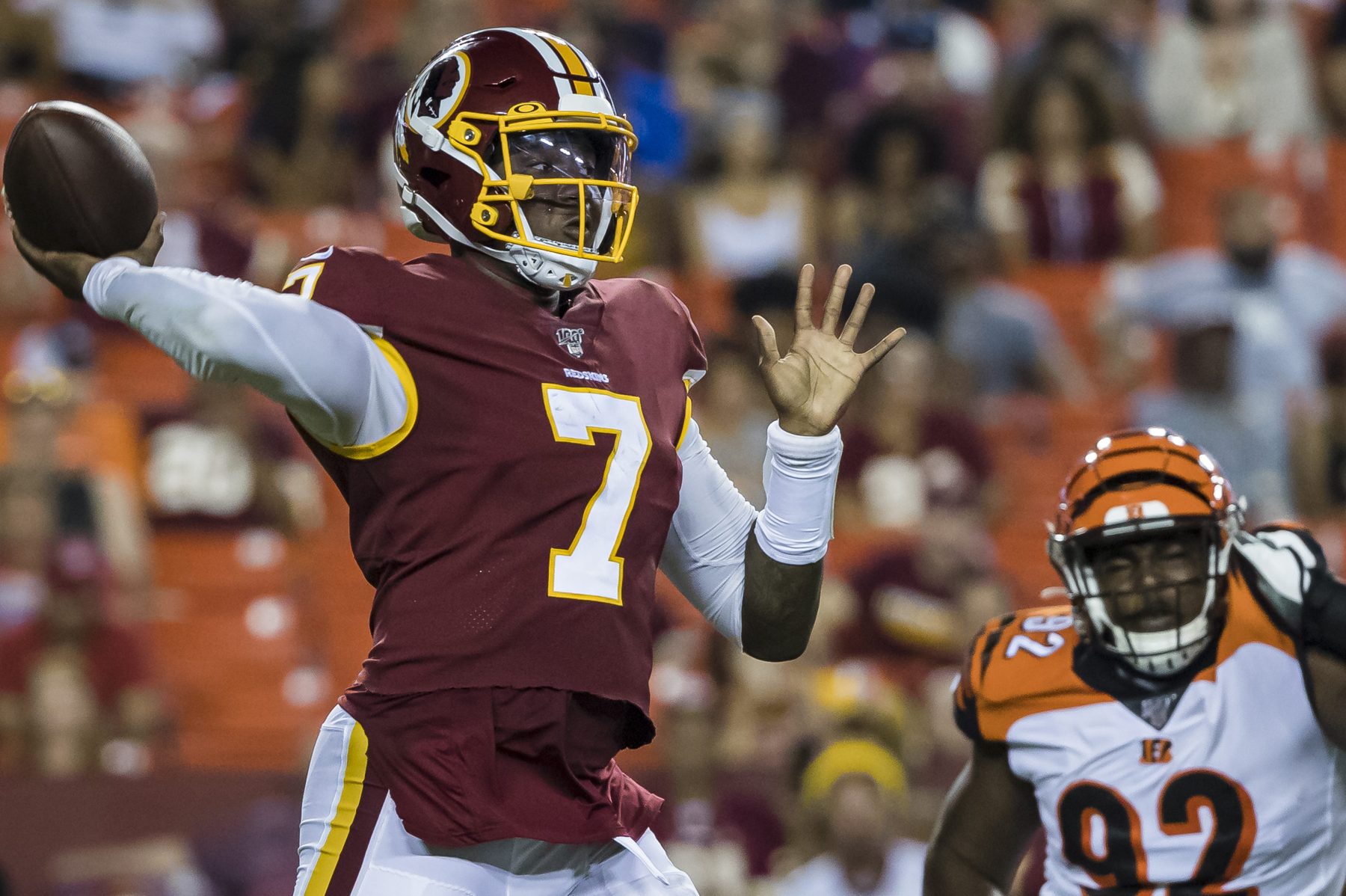 Dwayne Haskins of the Washington Redskins drops back to pass against the Bengals. (Scott Taetsch/Getty)
By Evan Bleier / August 16, 2019 10:00 am

It wasn’t a perfect performance from rookie quarterback Dwayne Haskins on Thursday night against the Bengals, but a throw he made in the second quarter showed why Washington took him out of The Ohio State University with the 15th overall pick in April’s draft.

Prior to a third-down snap late in the second quarter, Haskins made a pre-snap adjustment after identifying where the blitz would be coming from and was able to avoid the rush by stepping up in the pocket just long enough to deliver a 55-yard strike to Robert Davis that went for a touchdown.

The highlight play showed off Haskins’ brain, footwork and, of course, his top-notch arm.

Dwayne Haskins' first TD pass of the preseason is a BEAUTY 🎯🎯🎯#CINvsWAS pic.twitter.com/vRlB69sP8o

“It was exhilarating. It was exciting. It was fun. I will never forget it,” Haskins said after Washington’s 23-13 loss to the Bengals.

Haskins finished his night with a 50 percent completion rate (7-of-14), 114 passing yards and a quarterback rating of 101.5. On the negative side of the ledger, he did take three sacks and lose a fumble.

💥 Jordan Willis gets to Dwayne Haskins and forces the fumble! 💥 #CINvsWAS pic.twitter.com/PK1FWOxJTh

Washington coach Jay Gruden talked about his young quarterback’s performance after the game.

"It's fun to watch him right now."

Gruden will have some tough decisions to make as Haskins has competition to start at quarterback in veterans Colt McCoy and Case Keenum. While performances like last night help the rookie’s cause, there’s some sentiment that he hasn’t done enough to win the job outright.

According to ESPN’s John Keim, Haskins has the potential to make big plays but hasn’t realized it enough to be an automatic starter. “He’s not afraid to challenge down the field, but he also hasn’t shown enough to seriously challenge more experienced players,” Keim writes of Haskins. “But with what those players have shown, it’s hard to believe Haskins won’t be used at some point this season.”