Stephen Curry Commits to Playing for USA Basketball at 2020 Olympics 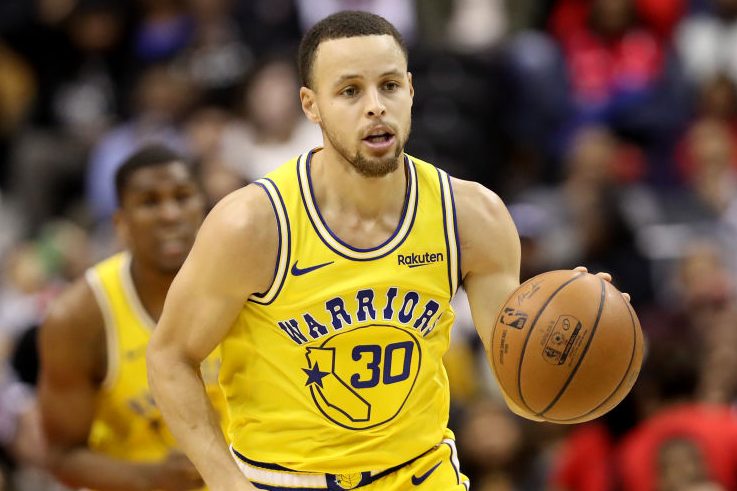 One of the NBA’s premier players is planning to take his talents to Tokyo in 2020 in order to help USA Basketball from being embarrassed the way it was during this fall’s FIBA World Cup in China.

In an interview with ESPN’s Rachel Nichols, Golden State Warriors guard Stephen Curry committed to playing for Team USA at the Olympics next summer.

“That is the plan, for sure,” Curry said. “You know, obviously knock on wood, you don’t want any injuries or things like that to interfere. Definitely wanna go. I’ve never been on the Olympic team. I’ve been on two World Cup championship gold-medal teams. But the Olympics is the experience that I want. And next year will hopefully be it.”

Following a loss in the quarterfinal that eliminated Team USA from medal contention, the American squad at the FIBA World Cup played even worse at the tournament and finished in seventh place.

Last year, there was talk that all five members of Golden State’s starting unit — Curry, Kevin Durant, Klay Thompson, Draymond Green and DeMarcus Cousins — would be on the 2020 Olympic sqaud and play for their coach, Steve Kerr, who is an assistant to head coach Greg Popovich.

That is now unlikely to happen as Durant, Thompson and Cousins are all out with serious injuries and may not play at all during the upcoming NBA season.

Whatever squad the Americans bring to Tokyo will be trying to win a fourth straight Olympic gold medal for Team USA.