Earl Thomas' frustration with his contract situation boiled over in Seattle's 20-17 win.

Seattle Seahawks defensive back Earl Thomas (29) is carted off the field after being injured during the NFL football game between the Seattle Seahawks and the Arizona Cardinals on September 30, 2018 at State Farm Stadium in Glendale, Arizona. (Photo by Kevin Abele/Icon Sportswire via Getty Images)
Icon Sportswire via Getty Images
By Evan Bleier @itishowitis

One of the final members of the Seattle Seahawks’s Legion of Boom likely ended his career on the team with an explosion.

After a lengthy and contentious holdout during the offseason to get a new contract, Earl Thomas relented and returned to the Seahawks secondary to start the season. At the time, Thomas complained that he was playing without deserved security, given his stature at his position and his history with the team, in the event of a major injury.

Unfortunately for Thomas, his chances of getting a new contract aren’t good as the All-Pro safety broke his leg in the team’s 20-17 win over the Arizona Cardinals on Sunday.

His frustration boiled over as Thomas was being carted off the field and he gave the middle finger while he left – to his own bench. 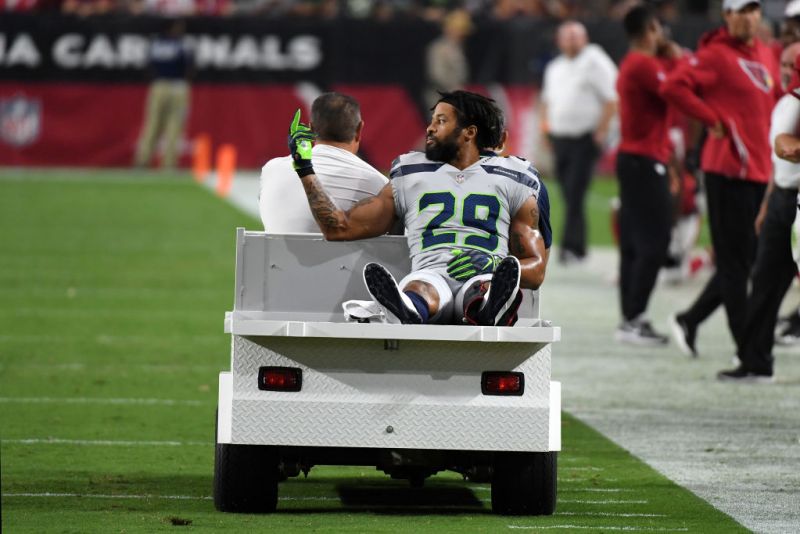 Defensive back Earl Thomas #29 of the Seattle Seahawks gestures as he leaves the field on a cart after being injured. (Photo by Norm Hall/Getty Images)
Getty Images

Thomas suffered a season-ending injury to the same leg in December of 2016 and it’s believed that this ailment is of the same variety.

“I don’t know anything about that,” Seattle coach Pete Carroll said when asked about the gesture. “It’s a big stadium. I don’t know where it was aimed at. Earl was extraordinarily poised on the field. For what just occurred to be so clear and so resolved to — he knew what happened. But he was so poised and giving back to the players and all of us. So I don’t know what happened after that.”

Though Thomas was not available to the media after the game, it is very likely his time in Seattle, if not the NFL, is over. He is in the final year of a contract that includes an $8.5 million salary.

It’s safe to say Le’Veon Bell, who is currently holding out from the Steelers for the same reasons that kept Thomas sidelined, likely took notice. 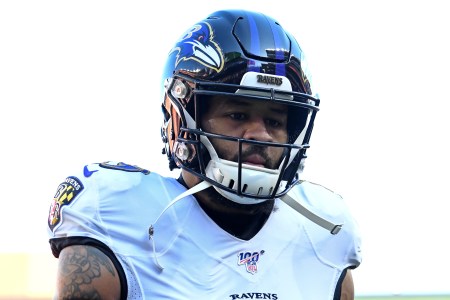