Report: UFC 249 to Be Held on Tribal Land, Not a Private Island

UFC president Dana White may have spoken too soon, according to "The New York Times" 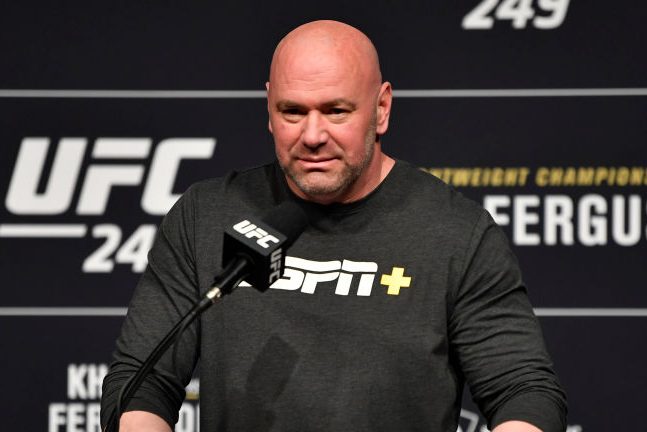 Earlier in the week, UFC president Dana White told TMZ he was a “day or two away” from securing a private island to host upcoming fights for his league.

Originally scheduled to be held on April 18 in New York City, the upcoming UFC 249 event was supposed to be the first fight held on the island, according to White. A new report from The New York Times indicates that won’t be the case and that White may have been a bit misleading in what he was saying.

According to the Times, UFC 249 will be held on tribal land in central California, a method White has found to skirt federal and state guidelines against holding large gatherings during the pandemic. The fight will take place at the Tachi Palace Casino Resort about 40 miles south of Fresno, according to sources who spoke on the condition of anonymity. It is not a floating casino or an island of any kind.

The casino, which is on land belonging to the Tachi-Yokut Tribe, has been closed since March 20. By holding the fight on tribal land, UFC avoids having to follow California’s executive order mandating that people stay at home or having the fights on the card sanctioned by the California State Athletic Commission.

“The commission echoes the guidance of California Governor Gavin Newsom, the Department of Public Health, local health officials, and the recommendations of the Association of Ringside Physicians regarding the cancellation of events where people may be at risk of contracting Covid-19 and encourages the industry to do the same,” the California athletic commission said in a statement. “The commission will not participate in the UFC event on April 18, regardless of the event location.”

Wherever it is held, UFC 249 will air on ESPN’s streaming service ESPN+.