A wave of burglaries at the LA-area homes of celebrities has The King protecting his throne.

SAN DIEGO, CA - SEPTEMBER 30: LeBron James #23 of the Los Angeles Lakers waits for the ball as he warms up before a preseason game against the Denver Nuggets at Valley View Casino Center on September 30, 2018 in San Diego, California. (Photo by Harry How/Getty Images)
Getty Images
By Evan Bleier @itishowitis

LeBron James has hired a team of armed guards to protect his Brentwood mansion in Los Angeles, according to TMZ.

The move for the new Laker comes in the wake of police arresting three teenagers suspected of burglarizing the homes of at least two dozen celebrities including Rams receiver Robert Woods, Dodgers outfielder Yasiel Puig, and Rihanna.

When the suspects were arrested, police found a list of names of future targets such as James, Matt Damon, and Viola Davis. 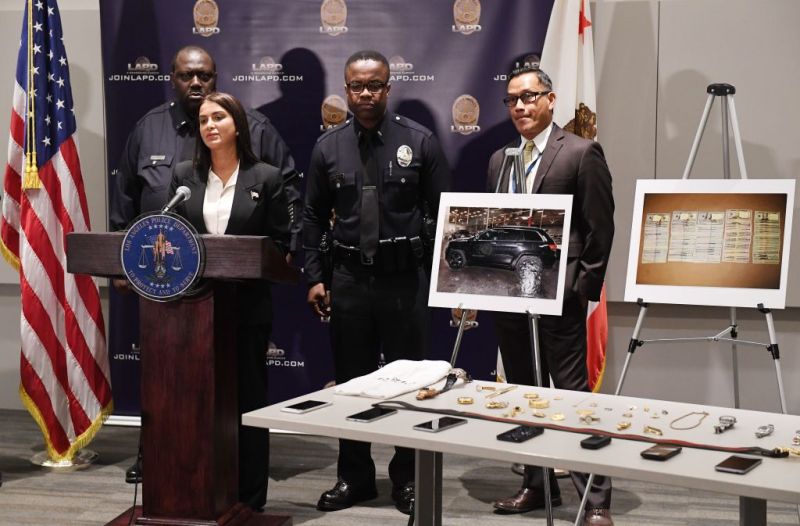 The team of guards, which is comprised of off-duty police officers, will be tasked with protecting The King’s 15,846-square foot, eight-bed, 11-bath home.

Worth $23 million, the home is now James’ primary residence after he relocated to LA from Ohio after signing a $154 million free-agent contract with the Lakers.

The NBA is also said to be offering assistance with the security detail at the home.

Police believe there are more suspects at large who are involved with the burglaries which may have contributed to James hiring the guards.