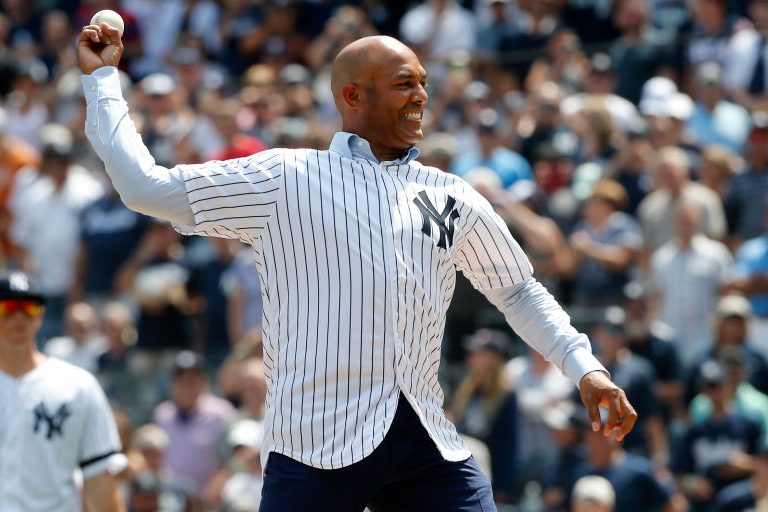 During a ceremony which will happen Monday at the White House, President Trump will recognize New York Yankees great Mariano Rivera with the nation’s highest civilian honor.

Rivera, the career saves leader in MLB and the first player unanimously voted into the Baseball Hall of Fame by the Baseball Writers’ Association of America, will receive the Presidential Medal of Honor. He retired from the Yankees in 2013 ​after a 19-year career.

Trump has been a longtime supporter of Rivera, tweeting about him when he was a player as well as when he was inducted into Cooperstown.

Mariano Rivera is one of top @Yankees of all time. Greatest closer of all time. A true warrior. Last night's MVP award well-deserved.

Congratulations to Mariano Rivera on unanimously being elected to the National Baseball Hall of Fame! Not only a great player but a great person. I am thankful for Mariano’s support of the Opioid Drug Abuse Commission and @FitnessGov. #EnterSandman #HOF2019💯 pic.twitter.com/reU1gKWHSQ

That support drew criticism of the 49-year-old to the point where he had to defend himself. “He was a friend of mine before he became president so because he’s president, I will turn my back on him? No. I respect him,” Rivera said in July during a Fox & Friends appearance. “I respect what he does, and I believe he’s doing the best for the United States of America.”

Rivera was part of the U.S. delegation to the Special Olympics World Games in Abu Dhabi earlier this year and serves Yankees as a co-chair of the President’s Council on Sports, Fitness & Nutrition.

President Trump has already given famous athletes like Bob Cousy, Jerry West and Tiger Woods the Medal of Freedom.