PR Stunt? NFL Arranges for Colin Kaepernick to Work Out for Teams 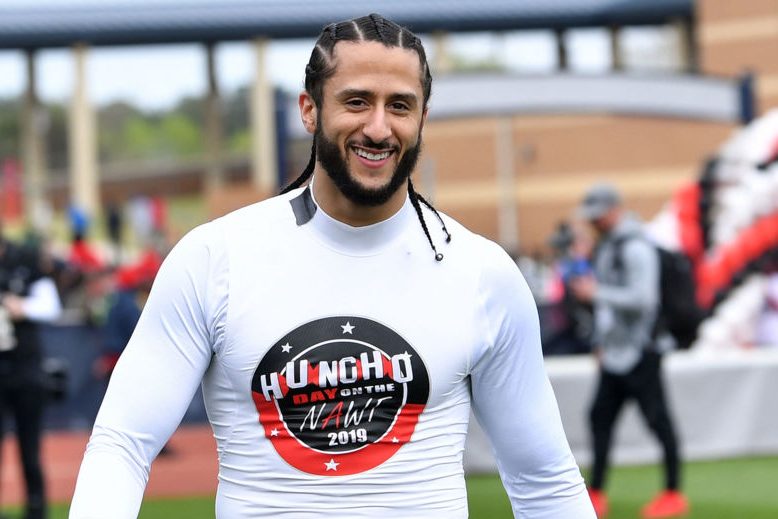 Colin Kaepernick, who hasn’t played since the 2016 season, has accepted an invitation from the NFL to work out for teams in Atlanta on Saturday, ESPN was first to report.

The league, not the quarterback who knelt for racial justice and won a collusion suit against the NFL, arranged and scheduled the workout, making the whole thing reek of a public-relations stunt.

NFL teams were informed of the workout via a memo, a copy of which was reviewed by The New York Times.

“Earlier this year, we discussed some possible steps with his representatives, and they recently emphasized his level of preparation and that he is ready to work out for clubs and be interviewed by them,” the memo said. “We have therefore arranged this opportunity for him to work out, and for all clubs to have the opportunity to evaluate his current readiness and level of interest in resuming his N.F.L. career.”

According to ProFootballTalk, the 32-year-old quarterback didn’t even know about the workout until it had been scheduled.

After finding out, Kaepernick took to Twitter. “I’m just getting word from my representatives that the NFL league office reached out to them about a workout in Atlanta on Saturday,” he wrote. “I’ve been in shape and ready for this for 3 years, can’t wait to see the head coaches and GMs on Saturday.”

Thing is, most NFL head coaches and general managers will be prepping for their games the following day on Saturday, so the odds of any top-level executives showing up to watch Kaepernick work out aren’t all that great.

Realizing this, Kaepernick’s camp requested for the workout to be moved to Tuesday or a later Saturday so teams would have time to prepare. Adding to the notion that this is all a PR stunt, the NFL rejected that request without giving a reason.

“The league’s willingness to record the workout and send it to interested teams means nothing; Kaepernick could do that himself,” writes PFT’s Mike Florio. “Under the present circumstances, then, it feels like this workout is far less about getting Kaepernick placed on a team and far more about creating the impression that the NFL is trying to help him get a job, without really helping him get a job.”

Kaepernick may be getting on an NFL practice field on Saturday, but don’t expect to see him on an NFL playing field anytime soon.