It was the first time the rare kick was attempted since 2013. 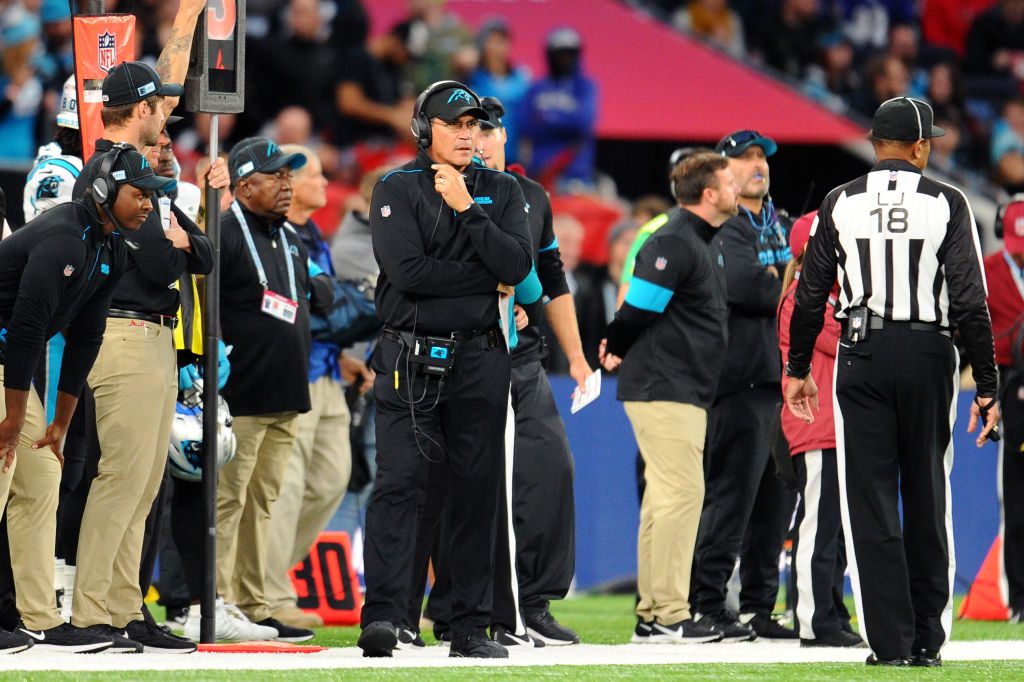 Fans in London who watched the Carolina Panthers defeat the Tampa Bay Buccaneers 37-26 at Tottenham Hotspur Stadium would be forgiven if they weren’t familiar with every rule, but an ultra-rare play at the end of the first half had even diehard American fans watching on this side of the pond scratching their heads.

The fair catch kick, also known as the free kick, is part of an obscure rule in which if a team calls a fair catch on a punt, they may attempt a free kick from the line of scrimmage on the next play with the defense standing at least 10 yards back. The kick, worth three points, doesn’t need to be snapped — a big advantage over a regular field goal attempt.

Sadly, it was all for naught in this case, as Panthers kicker Joey Slye missed his 60-yard attempt. The kick on Sunday (Oct. 13) was the first fair catch kick attempt in the NFL since Sept. 26, 2013, when the 49ers’ Phil Dawson attempted one. There hasn’t been a successful fair catch kick in over 40 years. The last kicker to make the rare kick was the San Diego Chargers’ Ray Wersching, who made one from 45 yards in 1976.

As Yahoo Sports points out, there have been only six successful fair catch kicks since 1921. You can watch Slye’s attempt below.

.@Panthers fair-caught a punt with one second in the half…
Then tried a fair catch kick for three points!