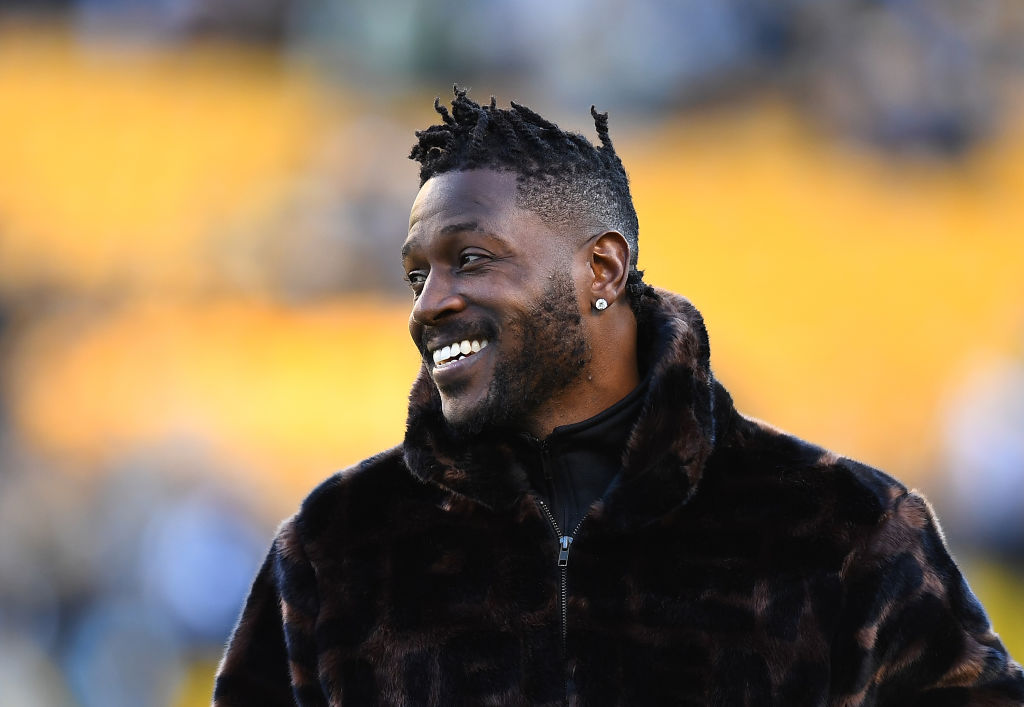 After less than two weeks, the Patriots have decided Antonio Brown can’t do anything for them.

In the wake of new allegations that Brown sent threatening text messages to a woman who had accused him of sexual assault this week while he was a member of the Patriots, New England released the mercurial wide receiver on Friday afternoon.

The news was first reported by Ian Rapoport and confirmed by Brown on Twitter.

Thanks for the opportunity appreciate @Patriots pic.twitter.com/envfHEd6N8

“The New England Patriots are releasing Antonio Brown,” the team said in a statement. “We appreciate the hard work of many people over the past 11 days, but we feel that it is best to move in a different direction at this time.”

Dianna Russini of ESPN reached out to a source within the team for a reaction to the news. “Self-inflicted wounds, we are not surprised,” the source replied.

Ben Volin of The Boston Globe echoed those sentiments. “Antonio Brown would have been fine had he not sent those text messages Wednesday night,” Volin wrote on Twitter. “He is the king of self-inflicted damage. He did it in Oakland, and again in New England.”

The move ends one of the most tumultuous signings in New England’s history and leaves uncertainty about Brown’s future in the NFL.

For his part, Brown seems confident he has one.

Vegas also apparently thinks Brown has a future in the league — this year.

Will Antonio Brown play another down in the NFL this season?

As does his agent, Drew Rosenhaus.

It's unfortunate things didn't work out with the Patriots. But Antonio is healthy and is looking forward to his next opportunity in the NFL. He wants to play the game he loves and he hopes to play for another team soon.

The Patriots signed Brown to a $10 million contract after he was cut by the Oakland Raiders prior to Week 1 of the season, but they were not due to pay him the first of two bonus installments until Monday. As of now, it sounds like Brown may not get any cash from the team outside of his game checks.

The #Patriots gave Antonio Brown a $9M signing bonus on his 1-year deal — but it wasn’t all due at signing, and there’s usually forfeiture language. As one NFL exec told me: “I don’t think he has any money yet so at least they can hold it while they fight about it.”

On timing, the #Patriots cut Antonio Brown before having to pay his full signing bonus. Plus, got out of paying him if he winds up on the commissioner’s exempt list. From that perspective, beyond all the obvious, this makes a lot of sense.

Brown played a single game in New England. He caught four passes for 56 yards and a touchdown.