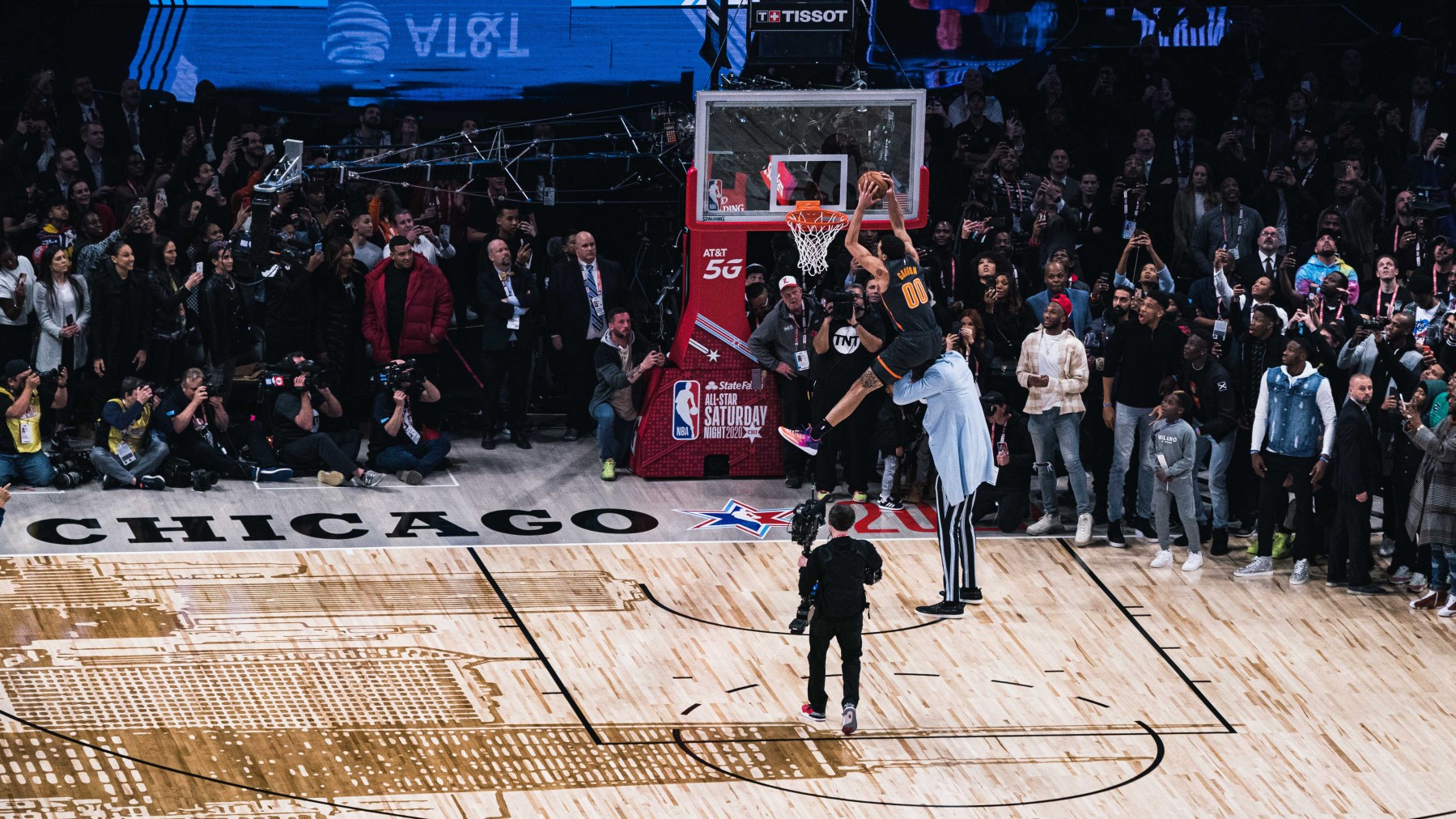 The 2020 NBA Slam Dunk Contest will go down as one of the best iterations of All-Star Saturday’s marquee event, but it might also go down as its most controversial. After six dunks each — the original four that all dunkers prepare for plus two “dunk-off” tiebreaker slams — Derrick Jones Jr. of the Miami Heat took home the trophy for a windmill dunk from just inside the free throw line.

That slam received 48 out of 50 possible points, just edging out Orlando’s Aaron Gordon and his jam over 7’5″ Boston Celtics giant Tacko Fall, which received just a 47.

Drama then took over what should have been an exciting ending to an exciting contest, with TNT’s commentary team unhelpfully yelling that Gordon got robbed. Putting aside which dunk was better, as that is a matter of taste, the ending of the dunk contest highlighted the biggest problem with the contest itself: the scoring is terrible and allows for very little nuance. That’s because of the limitations of giving each of the five judges only 10 scores with which to judge.

That makes it harder to distinguish truly great dunks; a dunk can be a soft 50 (a dunk that prompts sheepish grins and reluctant 10s across the board) or something closer to a 60 (such as Jones Jr.’s tornado dunk in the first round, or Gordon’s ridiculous 360 in the final). The judges throwing up trigger-happy 50s, especially in the opening round, is to be expected: it gets the crowd hyped and establishes a sense of tension ahead of a final round like Saturday.

Here’s where the NBA should listen to one of last night’s judges and make a simple but effective tweak. Despite being the target of memes saying he rigged the contest for his former Miami teammate, Heat legend Dwyane Wade had the right idea right before the decisive dunks: let both dunkers throw down one un-scored dunk, and then have the judges pick which was better. Instantly, this solves the “soft 50” problem, since the dunks would truly be going head-to-head, and an odd-numbered jury ensures a clear winner.

It also would have cleared up the controversy last night. Though both of the dunkers’ first dunks in the tiebreaker received 50s, the general consensus appears to be that Jones Jr.’s effort was better than Gordon’s, which would have given us the same winner without all messy drama at the end, which had Memphis supernova Ja Morant hinting at not participating in future contests.

There might no such thing as “bad press,” but to have one of the best dunk contests in recent memory marred by the fallibility of the scoring system feels like a shame. Both Jones Jr. and Gordon put on all-time performances on Saturday, and they deserved better than to have to answer questions about the judges afterwards.

For his part, Gordon seemed legitimately furious at the result, saying that he won’t participate in the event again. (He had previously been the fan choice to win in 2016 against Zach LaVine, but lost on a similar scoring disaster.) And Jones Jr., who had some of the best dunks you’ll ever see in a contest, was forced to deal with questions about Wade’s potentially biased judging rather than celebrating his victory.

This was a mess of the NBA’s own creation, but hopefully, they will take a long, hard look at what happened on Saturday and tweak the format to make sure that future contests are all about the dunks, not about the five people holding up scores after them.