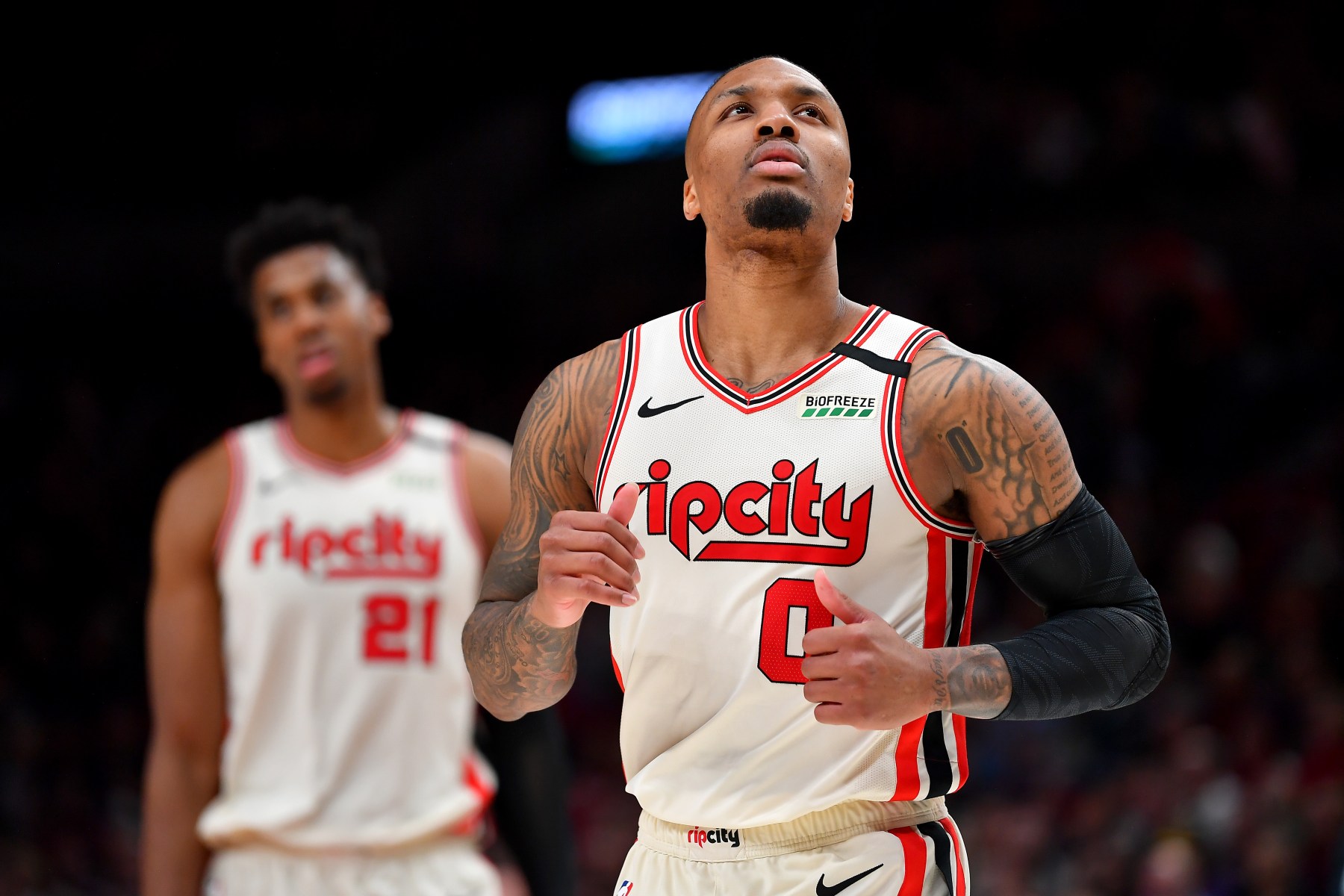 The Portland Trail Blazers will be one of the 22 teams participating in the NBA's new format for the rest of the year, whether Damian Lillard likes it or not.
Getty Images
By Jack Tien-Dana / June 4, 2020 3:17 pm

According to ESPN’s Adrian Wojnarowski, the NBA will return on July 31, pending a vote by the players union on Friday. Today, 29 of the 30 members of the league’s Board of Governors agreed to approve the 22-team format that will take place at Disney World in Orlando, Florida, all but ending the long, complicated process of figuring out how to resume the season.

The lone dissenters? The Portland Trail Blazers. Interestingly, Damian Lillard, the Trail Blazers superstar point guard, said last week that he didn’t want to play unless he had the potential to make the playoffs.

“[If] they’re throwing us out there for meaningless games and we don’t have a true opportunity to get into the playoffs,” Lillard told Yahoo Sports, “I’m going to be with my team because I’m a part of the team. But I’m not going to be participating. I’m telling you that right now. And you can put that in there.”

Luckily for Lillard, the Trail Blazers will still be in playoff contention since they are able to force a play-in tournament if they finish within four games of the eighth playoff spot; when the season paused on March 11, the Trail Blazers along with the Sacramento Kings and New Orleans Pelicans trail the eighth-seeded Memphis Grizzlies by three-and-a-half games.

Beyond this season, the NBA also set new dates for the NBA Draft, free agency and the start of next season. The draft lottery is slated to take place on August 25 and the NBA Draft will occur on October 15, three days after the season’s latest possible end date; free agency will follow on October 18, before training camps for the next season start on November 10. Tentatively, the NBA will tip-off their 2020-2021 season on December 1, although that arrangement is still very fluid.