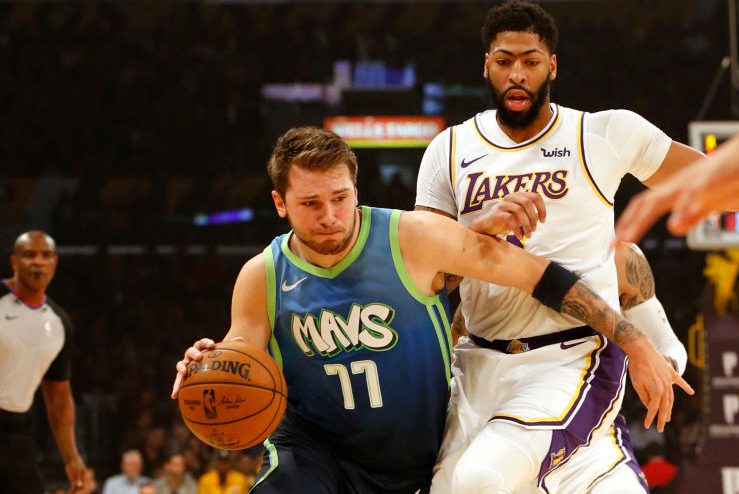 In a game featuring three potential MVPs, it was second-year player Luka Doncic who stood out from the other two candidates.

During the Dallas Mavericks’ 114-100 win over the Lakers in Los Angeles, 20-year-old Doncic nearly triple-doubled with 27 points, nine rebounds, and 10 assists, with 21 of those points coming in a stellar second half for the visitors.

Luka Doncic put up 27 PTS, 10 AST, 9 REB & 3 STL to lead the Dallas Mavericks to the #NBASundays win against the Los Angeles Lakers 🐎 pic.twitter.com/OOkrg3pnl9

“It’s a great win that means a lot to us,” Doncic said. “It shows that we can play against big teams, too. We just need to keep it rolling.”

The victory for the Mavs snapped a 10-game win streak for the Lakers, who were outscored 55-38 in the second half. The loss, which snapped the longest win streak LA had enjoyed in 10 years, was the largest defeat of the season for the Lakers.

MVP candidate LeBron James had 25 points, nine rebounds and eight assists for the Lakers while co-candidate and teammate Anthony Davis finished with 27 points and 10 rebounds for LA.

“Our whole thing is we don’t want to lose two in a row. Ever,” Davis said after the defeat. “It’s one game. We’re not going to get down over this loss. We know the type of team we are. We know now we were playing well and they beat us, but we beat ourselves tonight with the rebounding and we need to do better.”

On the season, Doncic is averaging 30.8 points, 9.9 boards and 9.6 assists. James is just behind him with averages of James 25.7 points, 7.1 rebounds and 11.0 assists. Giannis Antetokounmp, James Harden and Davis are also in the early conversation for MVP.