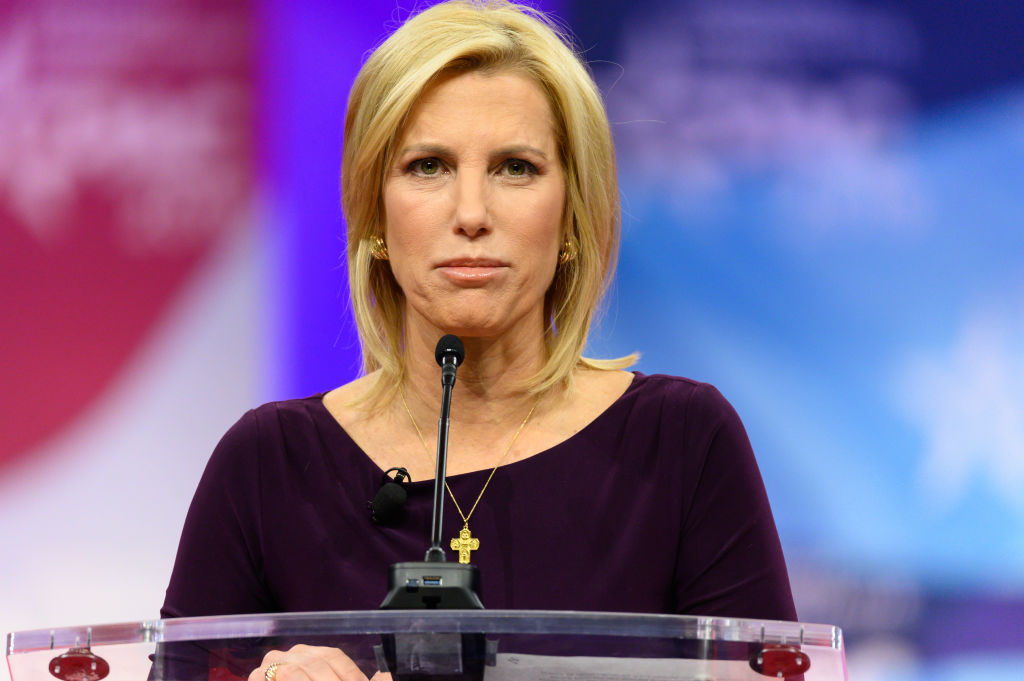 In February of 2018, Fox News host Laura Ingraham told LeBron James to “shut up and dribble” and stop making political comments after he stated his opinion that President Trump doesn’t “give a fuck about the people.”

The same Fox News host took up the cause of Drew Brees this week after the New Orleans Saints quarterback shared his opinion that players should stand for the national anthem and that it was disrespectful to the military not to do.

Laura Ingraham to LeBron and KD: “Shut up and dribble!”

To Drew Brees: “He’s allowed to have an opinion.” 🧐 pic.twitter.com/PtEBHdPh7o

Many found what Brees had to say tone-deaf to what is going on in the country right now and criticized him for it. Not Ingraham, who said the 41-year-old QB had landed in a “scalding cauldron of hate” and that he should be “allowed to have his view of what kneeling and what the flag means to him.”

“I mean, he’s a person,” she said. “He has some worth, I would imagine. This is beyond football, though. This is totalitarian conduct. This is Stalinist.”

You guys remember when Laura Ingram said LeBron and KD should shut up and dribble because no one voted for them, but now believes Drew Brees is entitled to his opinion? pic.twitter.com/nGDKkMRpl0

In a response on Twitter, James pointed out the hypocrisy of Ingraham championing Brees for speaking his mind while telling him to shut up for sharing his opinion.

“If you still haven’t figured out why the protesting is going on. Why we’re acting as we are is because we are simply F-N tired of this treatment right here! Can we break it down for you any simpler than this right here????” James tweeted. “And to my people don’t worry I won’t stop until I see CHANGE.”

That led to a response from Ingraham in a subsequent segment on her show.

“My defense of Brees led to an online chorus of people comparing those comments to previous comments I had made to LeBron James,” she said. “Well, without dwelling on the nuance between the two instances, let me be very clear about what I believe: Every American has the God-given right to speak his mind on any issue.”

During her response, Ingraham did not say why she now thinks James has the right to speak his mind when she previously thought he should shut up and stick to dribbling.

It’s no surprise James took on Ingraham, as he has never been shy about sticking up for himself or speaking out on social issues. He was one of ht most high-profile athletes to publicly question Brees on Wednesday before the quarterback apologized early Thursday morning.

men who fought as well for this country. I asked him question about it and thank him all the time for his commitement. He never found Kap peaceful protest offensive because he and I both know what’s right is right and what’s wrong is wrong! God bless you. 🙏🏾✊🏾👑

It will be very interesting to see if James and other NBA players decide to take a knee before games once a re-worked version of their season resumes in Orlando in late July.

In the fall of 2017, NBA commissioner Adam Silver highlighted a league rule that says players must stand for the anthem during a press conference, and deputy commissioner Mark Tatum sent a memo the next day to teams reminding them of the rule. At the time, it wasn’t met with much backlash from players, and many of them pointed out their methods of advocating for social change took place away from the court.

“My voice and what I do in my community is more powerful than getting “on a knee,” James said at the time.

Obviously, much has changed since then and James’s stance may have as well.