Have We Seen the Last of NFL All-Time Leading Scorer Adam Vinatieri?

During the Colts' 19-17 win over the Titans, the 46-year-old missed a pair of extra points 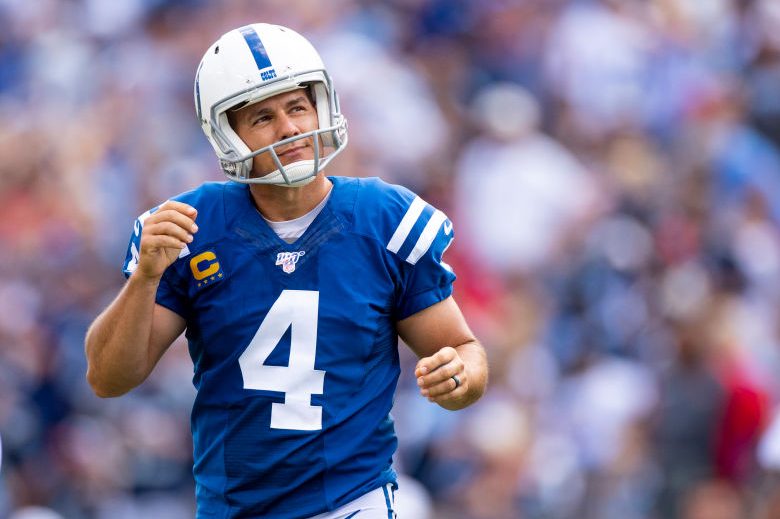 Adam Vinatieri, the NFL’s all-time leading scorer, may have kicked away his shot at remaining employed in the NFL.

During the Colts’ surprising 19-17 win over the Titans, the 46-year-old missed a pair of extra points, the second week in a row he’s botched kicks (three missed last week). In fact, going back to the 2018 regular-season finale, and Vinatieri is 3-for-6 on FGs and 9-for-14 on PATs.

Following yesterday’s win, Vinatieri told Stephen Holder of The Athletic that reporters would be hearing from him on Monday even though players do not meet with the media on Monday. That comment, along with the missed kicks, has led to rampant speculation Vinatieri will be announcing his retirement.

“Is Vinatieri done? Over the hill? Look, understand this right now: Adam Vinatieri is one of my favorite Colts, ever,” writes Gregg Doyel of the Indianapolis Star. “Been here since October 2014, and others come to mind – Kenny Moore, Mike Adams and, yes, Andrew Luck – but Vinny ranks high on that list. That’s personal. But this is business: All we know is what we see, and what we’ve seen these past two weeks – and we can go back to last season for more examples – suggests it’s over for Vinatieri.”

Indianapolis owner Jim Irsay also made some ominous post-game comments. “Of course it’s a concern,” Irsay said. “I can’t lie to you guys. This is the NFL. We all have to produce.”

Vinatieri is at the top of the NFL’s all-time scoring list with 2,603 points. Placekickers Morten Andersen (2,544 points) and Gary Anderson (2,434 points) are behind him.

If Vinatieri does hang up his cleats, he’ll be the second high-profile Colt to walk away this season after franchise quarterback Andrew Luck announced his retirement last month.

Indianapolis coach Frank Reich gave Vinatieri a vote of confidence on Monday afternoon so it’s possible any retirement talk will be postponed, for now. “Adam’s our kicker. … He’s an instrumental leader on our team,” Reich said in a teleconference. “Adam will figure it out. It’s far from catastrophic.”