Forty-six years ago today, Aaron etched his name into the top of the record books 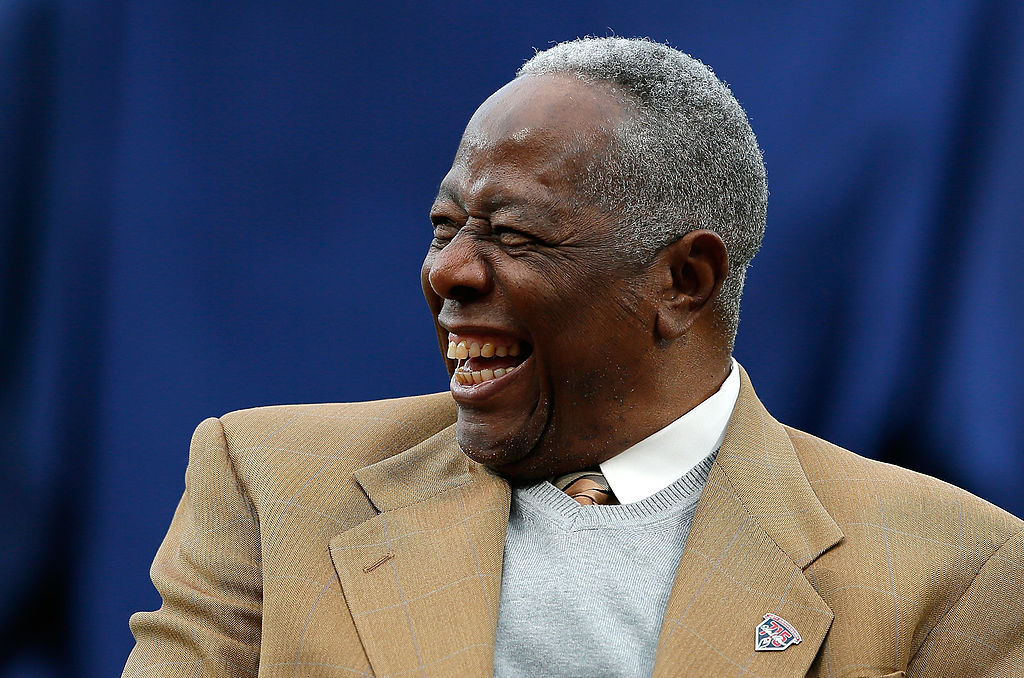 Forty-six years ago today, Hall of Famer Hank Aaron etched his name into the top of the record books when he took Los Angeles Dodgers pitcher Al Downing deep for the 715th home run of his career. With that homer at Atlanta-Fulton County Stadium, Aaron broke Babe Ruth’s record, a remarkable achievement.

Vin Scully’s call of the moment sounds as great today as it did then.

Over the rest of his career, Hammerin’ Hank hit another 40 round-trippers to bring his total to 755, a record which would hold until Barry Bonds broke it in 2007.

In an interview with The New York Post, Aaron, now 86, reflected on what he was able to accomplish in 1974. Interestingly, Aaron said the way Jackie Robinson handled himself while breaking the color barrier was an inspiration for him while he was closing in on breaking Ruth’s record and dealing with abuse.

“I thought that if he could stand up and take the abuse that he took, that I can do the same thing and be the same person, as long as God gave me the ability to play the game,” Aaron told The Post. “It was a time for me to stand up and be tall, to do what I was sent here to do.”

Bonds, who finished with 762 homers, may not make the Baseball Hall of Fame due to his connections to steroids, and those same links also give Aaron pause when he considers the younger man’s accomplishment.

“The only thing that I can say is that there absolutely cannot be an asterisk behind the thing that I did,” Aaron said. “I did it in the time that I did it. I did it because God gave me the talent to do it with. There was nothing fancy about it, wasn’t anything suspicious about it. It was done because it was there for me to do it.”

Tip of the cap, Hank.

Read the full story at The New York Post