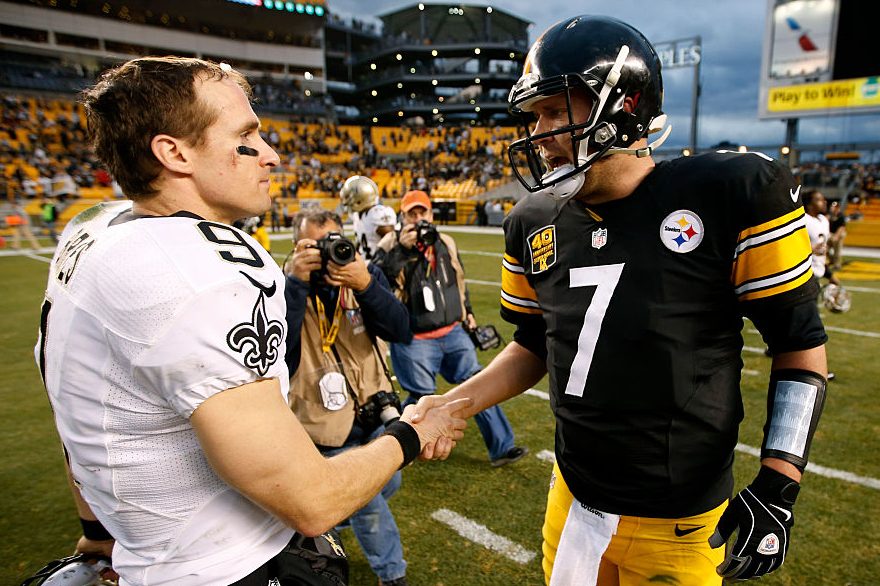 In a development which will surely shift the balance of power in the NFC, Drew Brees will undergo thumb surgery and is expected to be out for approximately six weeks, according to ESPN’s Adam Schefter.

Should the Saints make the decision to place their longtime quarterback on short-term IR, he would be unable to practice for six weeks and would miss eight games thanks to the designation.

BREAKING: Drew Brees will have thumb surgery that will keep him from action for 6 weeks. Per league sources. Brees could be back against Atlanta November 11th. #DrewBrees #Saints pic.twitter.com/EgEmA9vLOS

Teddy Bridgewater, who took over for 40-year-old Brees after he got hurt yesterday, will start for Brees as long as he was out. Bridgewater had a lot of trouble against the Rams’ strong defense Sunday in a 27-9 loss after being forced into action on Sunday.

Though New Orleans is not dead in the water with Bridgewater under center, the Saints are certainly not Super Bowl contenders without Brees and will have trouble securing a No. 1 or No. 2 seed which would give them home-field advantage in the playoffs.

The Pittsburgh Steelers, who also lost yesterday and are now sitting at 0-2, face a similar issue in the AFC.

Here's a video of the Ben Roethlisberger injury.pic.twitter.com/PsP1Z1Rhxy

During Pittsburgh’s 28-26 loss to the Seahawks, Ben Roethlisberger sustained an elbow injury and was forced to the sideline. Backup Mason Rudolph threw two fourth-quarter touchdowns in his stead, but it wasn’t enough to prevent Pittsburgh from falling at home to the visiting ‘Hawks.

Nothing has been determined about the 37-year-old’s status going forward, but it does sound like surgery (and an extended absence) is on the table.

Should that happen, the Steelers, who missed the playoffs last season, will almost certainly fall out of contention in the AFC playoff race.

Drew Brees has missed only one start due to injury since high school — when he was ruled out of a Week 3 game at the Carolina Panthers in 2015 with a shoulder injury.

Ben Roethlisberger has not missed a game due to injury since Week 7 of the 2016 season.