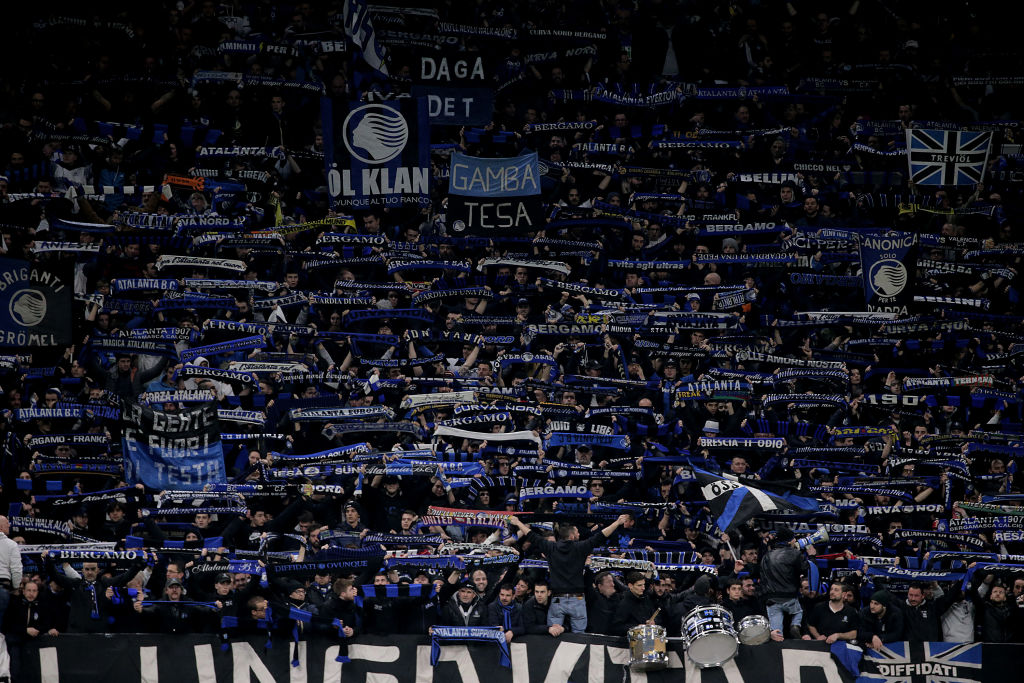 Fans show support prior to the UEFA Champions League match between Atalanta and Valencia. (Giuseppe Cottini/NurPhoto via Getty)
NurPhoto via Getty Images
By Evan Bleier / March 26, 2020 10:00 am

More than a month after it was played, epidemic experts are fairly convinced that a Champions League match that took place in Milan in mid-February is one of the biggest reasons Bergamo has become one of the epicenters of the coronavirus pandemic.

A huge match for Atalanta’s history, a third of Bergamo’s population went to  San Siro Stadium to watch the game and nearly 2,500 fans of visiting Valencia also made the trip.

Held two days before the first case of locally transmitted Covid-19 was confirmed in Italy, the match was called a “biological bomb” by a respiratory specialist, according to The Associated Press.

As of Tuesday, nearly 7,000 people in Bergamo had tested positive for Covid-19 with more than 1,000 people deaths, making it the most deadly province in all of Italy. In Valencia, more than 2,600 people are infected.

“If it’s true what they’re saying that the virus was already circulating in Europe in January, then it’s very probable that 40,000 Bergamaschi in the stands of San Siro, all together, exchanged the virus between them,” Bergamo Mayor Giorgio Gori said this week during a live Facebook chat. “As is possible that so many Bergamaschi that night got together in houses, bars to watch the match and did the same. Unfortunately, we couldn’t have known. No one knew the virus was already here. It was inevitable.”

More than a third of Valencia’s squad got infected following the match and Atalanta announced its first positive case on Tuesday.