Meanwhile, the Seahawks do their best 'N Sync impression in the end zone 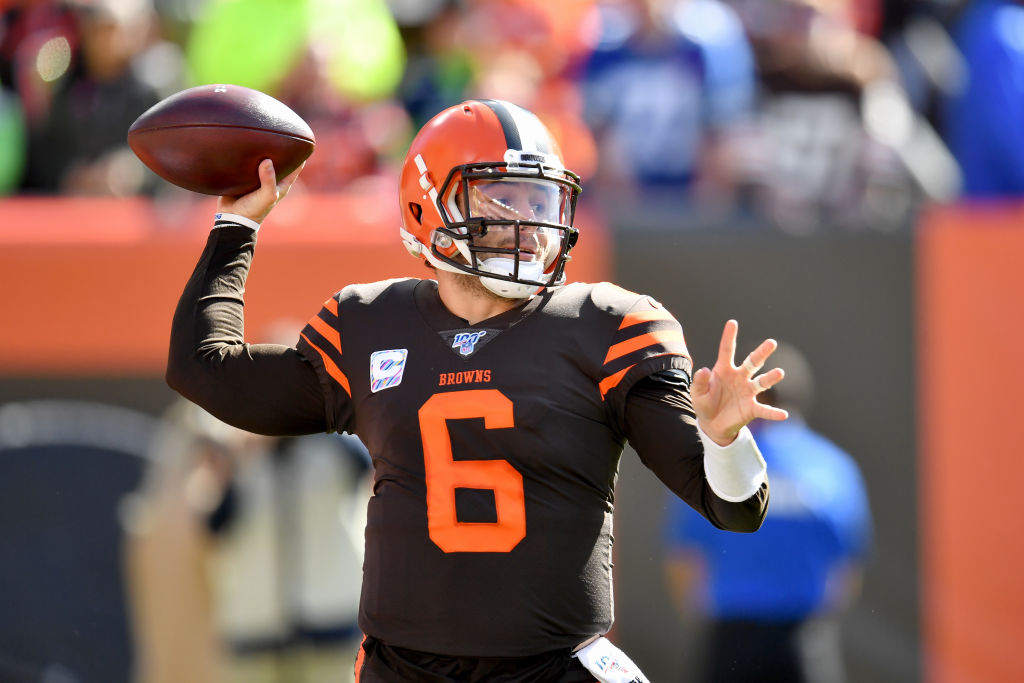 Quarterback Baker Mayfield of the Cleveland Browns passes during the first quarter against the Seattle Seahawks at FirstEnergy Stadium on October 13, 2019 in Cleveland, Ohio. (Photo by Jason Miller/Getty Images)
Getty Images
By Bonnie Stiernberg / October 13, 2019 5:12 pm

The Cleveland Browns lost a rough one in Week 6 as they fell to the Seattle Seahawks 32-28, blowing a second-quarter lead. The team had a punt blocked and turned over the ball four times in the sloppy outing, but were able to keep the game within reach until quarterback Baker Mayfield was picked off for the third time with 2:41 left to play.

Mayfield’s pass went off the hands of Dontrell Hilliard and was caught by Seahawks linebacker K.J. Wright, ending the Browns’ drive. The interception was his 11th of the season, the most in the NFL and the most for a Browns quarterback through six games since 1984, when Paul McDonald had 12.

Right into the hands of @KJ_WRIGHT34! #Seahawks ball again! 🎉 pic.twitter.com/4XCQbY72fG

Mayfield also got banged up during the game, leaving the field with a hip injury in the third quarter. He underwent x-rays but returned without missing any snaps.

But while the Browns clearly weren’t having any fun as they fell to 2-4 on the year, the Seahawks were keeping it loose, celebrating a second-quarter touchdown by doing the iconic choreography to ‘N Sync’s “Bye Bye Bye” in the end zone.

The Seahawks really pulled out the NSYNC “Bye Bye Bye” dance in the end zone 😂 pic.twitter.com/4anPJruGRr

Seahawks quarterback Russell Wilson finished the game 23-of-33 for 295 yards with two touchdowns. He is still yet to throw an interception this season. Seattle improves to 5-1 with the victory.

The Browns have a bye week next week, and they’ll next take on the New England Patriots on Oct. 27.

Read the full story at Cleveland.com