The star-studded foursome will hit the links in May, according to CNBC 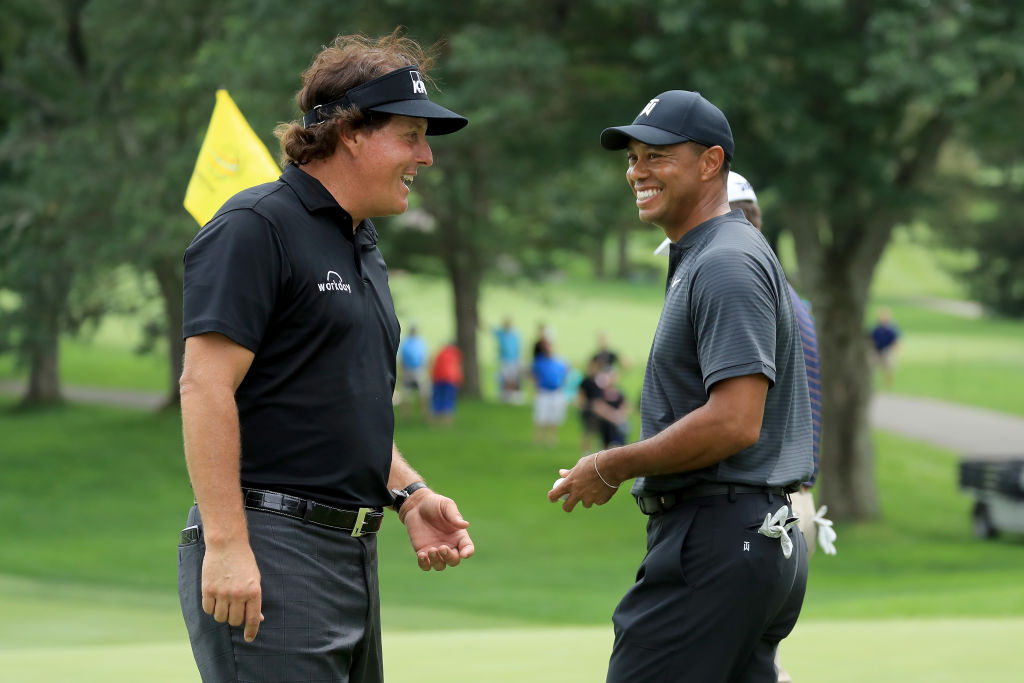 Earlier this week, a rumor that Tom Brady and Peyton Manning would be joining Tiger Woods and Phil Mickelson for a second edition of The Match began circulating on the internet. Now that rumor appears to be true.

According to a new report from CNBC, the Super Bowl-winning quarterbacks will join the PGA stars for a charity golf match that will take place in May at an undisclosed location. CNBC reports the match will be televised live, most likely on TNT or another network in the WarnerMedia family rather than on Pay-Per-View.

In addition to showcasing Brady and Manning, the event will “feature stars throughout the PGA, NFL, and National Basketball Association” as well as TNT studio analyst Charles Barkley doing off-site guest commentary. The only spectators at the two-on-two match will be a small production crew and social-distancing recommendations will be observed throughout the event.

Though the pairings haven’t been confirmed, veteran golf writer and Woods expert Michael Bamberger, the author of The Second Life Of Tiger Woods, has some thoughts on the matter.

“My guess would be as good as anybody else’s,” he tells InsideHook. “But I would imagine if you had Brady and Phil together you’d have Peyton and Tiger together. Then, you’d have the greatest of all time in Brady and the greatest of all time in Tiger playing against one another. On the other hand, in terms of personality type, Peyton and Phil are much more similar and Tom and Tiger are much more similar. So you could make your case for either way.”

Regardless of the pairings, Bamberger has high hopes for the event.

“They’ll do it for a good cause and that will be great,” he says. “I think people need it. It’ll be another way to lift us out of this funk that we’re in. So I think it would just be wonderful. The last one was very different because it was all about me, me, me and making more money. They’ve got enough money you would presume. This would be for something other than themselves and that would just feel totally different. It would just seem like it would be a lot of fun.”