Multi-millionaires complaining about money during a pandemic? You don't say. 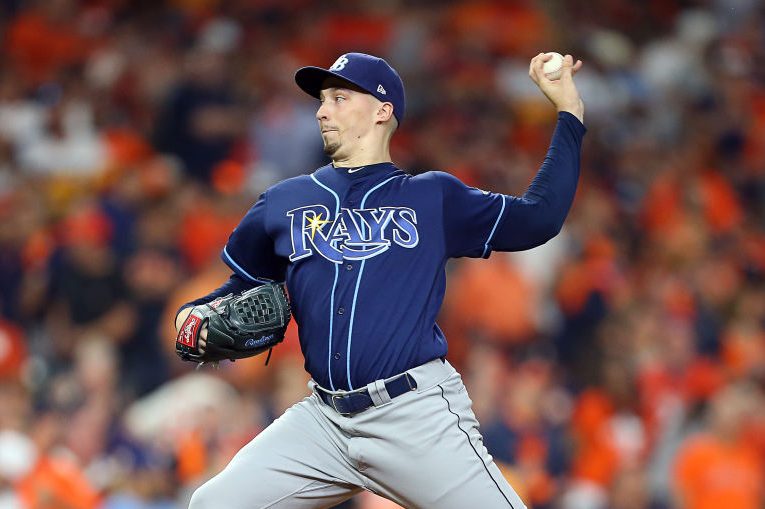 In most cases, when millionaire athletes get involved in a labor dispute with billionaire team owners, like what’s happening in Major League Baseball right now, your humble narrator will side with the players.

But based on how a couple of baseball stars have carried themselves in the midst of COVID-19-related labor negotiations, it may be time to side with the owners. (Ducks.)

While there is plenty of nuance to the situation, the core of what owners and players are arguing about at the moment is the implementation of a 50-50 revenue split just for this year instead of paying players a prorated portion of their salaries to take the field for a shortened season.

Both sides have a point. The owners want the split because they are going to lose a huge amount of revenue due to the shortened season and games being played without fans. The players simply want what they are owed per their contracts, fans or no fans. After all, in years in which owners made more money than expected, it’s not as if they gave the players raises to share the wealth. Taking a loss this year is just the cost of doing business as a billionaire.

That’s the backdrop for Cy Young winner Blake Snell of the Tampa Bay Rays, who took to Twitch earlier this week to dump on the idea of a revenue split as opposed to receiving less than half of his $7 million salary.

“For me to take a pay cut is not happening, because the risk is through the roof,” 27-year-old Snell said. “It’s a shorter season, less pay. No, I gotta get my money. I’m not playing unless I get mine, OK? And that’s just the way it is for me. Like, I’m sorry you guys think differently, but the risk is way the hell higher and the amount of money I’m making is way lower. Why would I think about doing that?”

While it’s a slap in the face to all the doctors, nurses, EMTs, grocery-store clerks and everyone else putting their life on the line for a young athlete to insinuate that playing baseball in a controlled environment with extensive testing is life-threatening, at least he has a case — except he doesn’t really believe it.

“I think the media kind of hypes up the coronavirus,” Snell said back in March. “If they want to look out for our health, that’s cool. But I’m not too worried about it. If I get it, I get it. If I don’t, I don’t. Either way it was meant to be.”

The same goes for Bryce Harper of the Philadelphia Phillies. Also on Twitch, the former MVP — who signed with the Phillies for $330 million over 13 years prior to last season — said he agreed with Snell and praised him for speaking up on behalf of his wallet.

“He ain’t lying. He’s speaking the truth bro,” the 27-year-old Harper said. “I ain’t mad at him. Somebody’s gotta say it, at least he manned up and said it. Good for him. I love Snell, the guy’s a beast. One of the best lefties in the game.”

This is the same guy who said he was “hurt” that the Nationals only offered him $300 million over 10 years to stay in Washington. So Harper and his bruised feelings went to Philly, where he hit .260 and failed to make the All-Star team while the Nationals went on to win the World Series without him.

There are probably plenty of other players who are making way less money than Harper and Snell who feel the same way about a revenue split and, to some extent, that’s totally understandable. But given what is happening in the world right now, it’s probably best not to air those feelings in public, as it just comes off as tone-deaf and insulting.

For a sport like baseball that is already experiencing declining attendance and decreased viewership on TV, a lost season due to COVID-19 could put its future on life support.

And if multi-millionaire players like Snell and Harper keep opening their mouths to make asinine remarks about losing millions while most people are struggling to pay the rent amid a deadly pandemic that has taken the lives of more than 83,000 Americans, many people may pull the plug on watching MLB completely when it resumes.

New Advice For Drivers' Health: Keep Your Car Windows Up

Did Draymond Green Tamper With Devon Booker on TNT?

Cadillac Bets on Luxury, Electrification and China With Lyriq

Gallup: 35% of Americans Unwilling to Get COVID-19 Vaccine

George W. Bush Is Releasing His Portraits of Immigrants in New Book

“E! News” Canceled After Nearly 30 Years Due to Coronavirus Cuts

Coronavirus Is Ruining Our Sex Lives

Wireless Charging Is Incredibly Inefficient and a Big Waste of Energy

Disgraced American Apparel Founder Is Back, and He’s Got a Military Contact

New Advice For Drivers' Health: Keep Your Car Windows Up

Did Draymond Green Tamper With Devon Booker on TNT?

Cadillac Bets on Luxury, Electrification and China With Lyriq

Gallup: 35% of Americans Unwilling to Get COVID-19 Vaccine

George W. Bush Is Releasing His Portraits of Immigrants in New Book

“E! News” Canceled After Nearly 30 Years Due to Coronavirus Cuts

Coronavirus Is Ruining Our Sex Lives

Wireless Charging Is Incredibly Inefficient and a Big Waste of Energy

Disgraced American Apparel Founder Is Back, and He’s Got a Military Contact