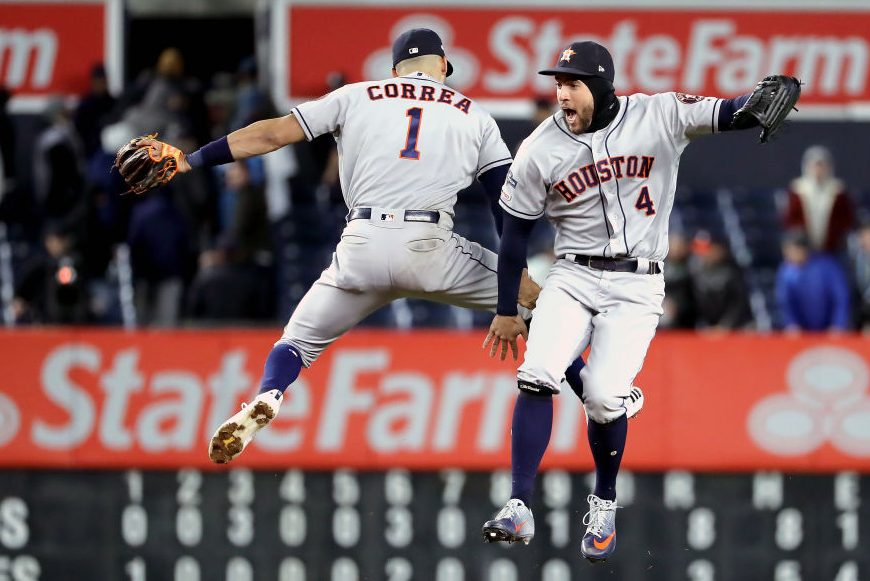 The Bronx Bombers are blowing up at the worst possible time and find themselves on the verge of being eliminated from the ALCS by the Houston Astros.

Last night in the Bronx, New York pitchers gave up a pair of three-run bombs George Springer and Carlos Correa and Houston ended winning 8-3 over the Yankees to take a commanding 3-1 lead in the ALCS.

Though Springer and Correa have just five hits between them in the series, four of them have been homers.

New York did not do themselves any favors last night as the Yankees committed four errors in Game 4, most ever for the club in a home playoff game.

“We played poorly tonight, there’s no other way to explain it,” said manager Aaron Boone. “And we need to flush this immediately.”

Needing a win in Game 5 tonight to extend the series, the Yankees will have to beat Houston ace Justin Verlander to do it. Verlander only surrendered two runs to the Yankees in his start in Game 2 and remains undefeated in seven career postseason starts against New York with a record of 4-0.

The Yankees will counter with James Paxton, who only made it through 2 1/3 innings during his start in Game 2.

Should the Yankees extend the series against Verlander, they’ll still need to beat Gerrit Cole — who is 19-0 with a 1.59 ERA in his last 25 starts — to win it.

If New York fails to win the next three games and advance to the World Series, it would be the first time they haven’t made it to baseball’s final round for an entire decade since the 1910s.