This Hypercarnivore Ruled the African Food Chain 22 Million Years Ago

Almost 40 years ago, researchers in western Kenya put a collection of mysterious cheek bones, jaw bits and teeth into a drawer in the Nairobi National Museum. The fossils sat there until the early 2010s, when both paleontologists Nancy Stevens and Matthew Borths both independently stumbled upon the drawer during an unrelated research. They eventually linked up and have just released their findings after years of studying the fossils. 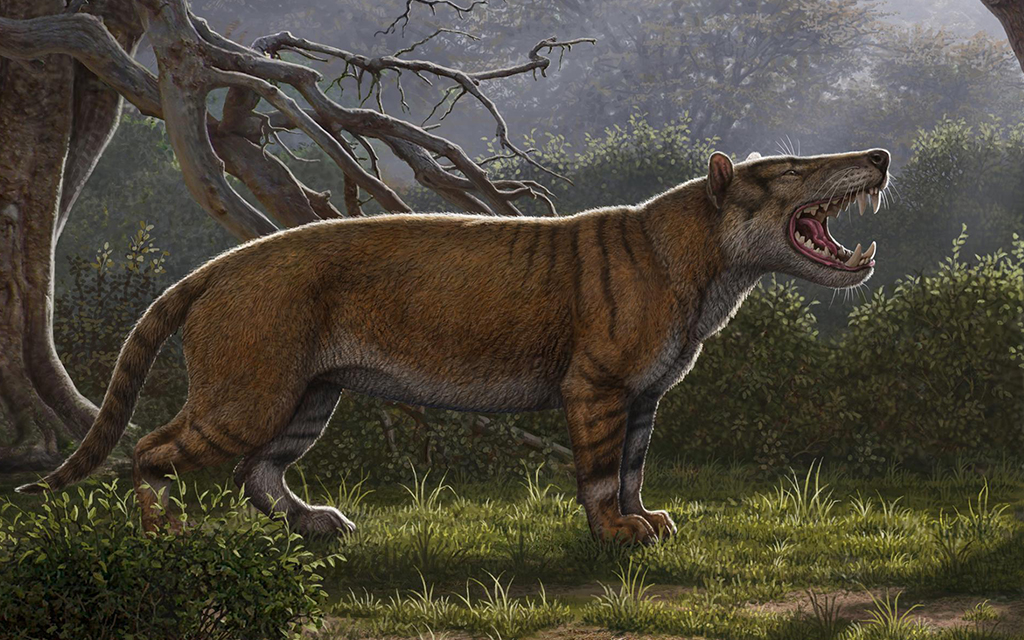 The remains belong to a newly described Simbakubwa kutokaafrika, which was a type of hyaenodont. Basically, hyaenodont were hypercarnivores that ran the African food chain 22 million years ago. The animals resemble big cats (see paleoartist Mauricio Anton’s rendering above), but were larger than polar bears, which, reminder, can weigh up to 1,200 pounds and stand over eight feet tall when on their hind legs. This would also makes them much larger than the reigning king of the jungle. Check out how a full lion skull stacks up against the jaw of Simbakubwa kutokaafrika here.

As for why these guys aren’t around anymore? Tough to say for certain, but it’s probably related to their diet. Relying almost entirely on meat isn’t sustainable, especially during times of rapid environmental change (which Simbakubwa kutokaafrika would’ve experienced during continental drift). These days, hypercarnivores’ way of life is threatened with the onset of severe climate change. That’s one reason the populations of lions, tigers and cheetahs are decreasing.

Is Overpopulation Really as Bad as They Say It Is?