Heliogen wants to use concentrated sunlight to eliminate industrial emissions 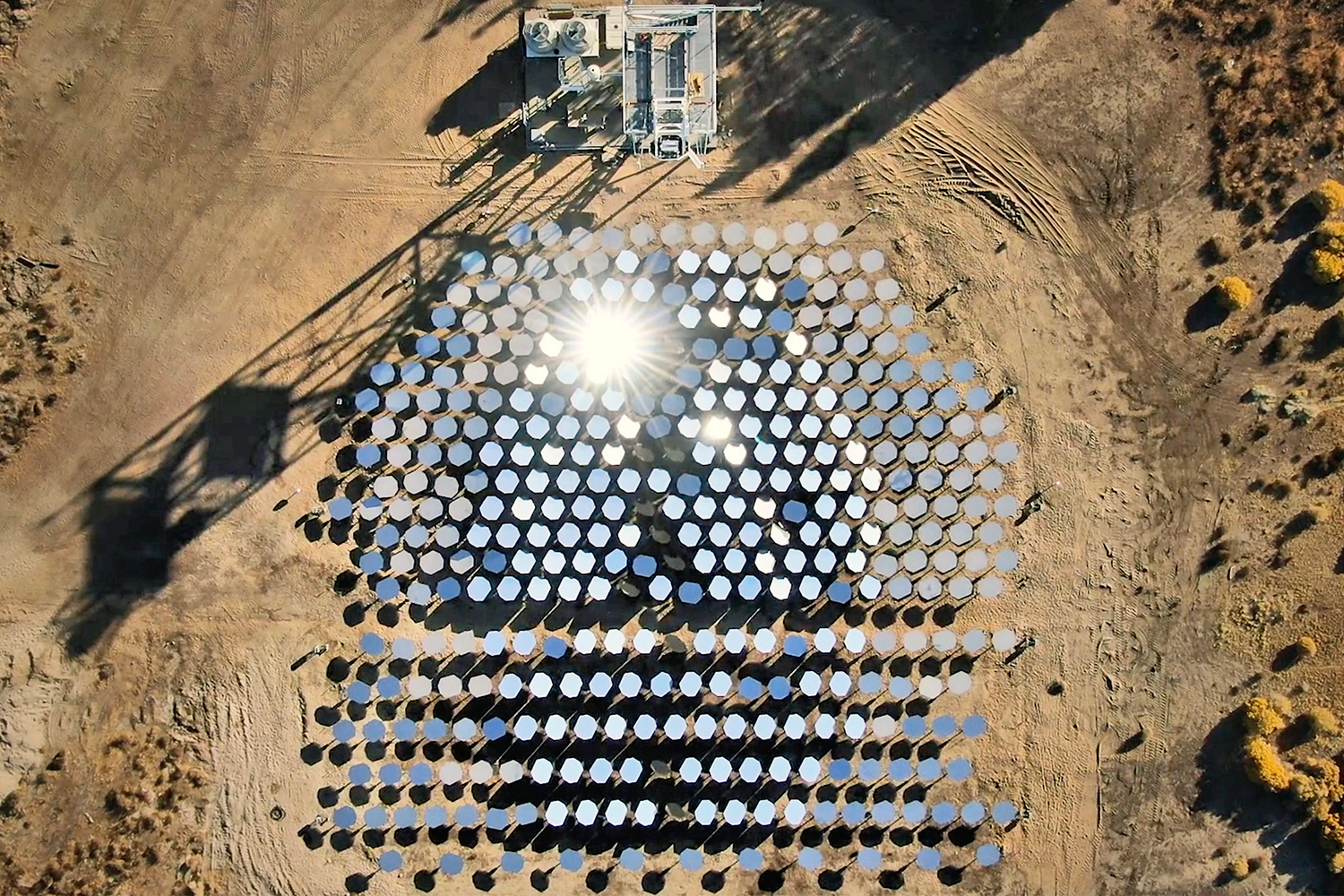 What are the biggest sources of harmful carbon dioxide emissions? Cars come to mind, and so does meat and electricity production. But what about cement? Chances are you’ve never given a second thought to the stuff, but it is the source of more than seven percent of global CO2 emissions.

That’s according to Heliogen, a Bill Gates-backed solar thermal startup that is hoping to eliminate those emissions — as well as those from other industrial processes, like steel and hydrogen production. According to a press release on Tuesday, which also marked the clean energy company’s public launch, it has achieved a breakthrough in the technology, reaching temperatures greater than 1,000 degrees Celsius for the first time commercially in its Lancaster, California facility.

Why is that a big deal? “Over the years, assorted startups and research groups have trumpeted the promise of solar thermal plants, which use a large array of mirrors to concentrate sunlight and produce electricity from the resulting heat,” writes MIT Technology Review. The problem is that the temperatures achieved in commercial facilities haven’t been high enough, usually in the 500-degree range.

“Heliogen’s trick is to use high-resolution cameras and computer vision software to make small adjustments to each of its mirrors, aligning every solar beam onto a single, tiny point,” writes MIT Technology Review. See how it works in the video below:

“We’ve made great strides in deploying clean energy in our electricity system. But electricity accounts for less than a quarter of global energy demand,” said Bill Gross, CEO and Founder of Heliogen, and Founder and Chairman of startup incubator Idealab. “Heliogen represents a technological leap forward in addressing the other 75 percent of energy demand: the use of fossil fuels for industrial processes and transportation. With low-cost, ultra-high temperature process heat, we have an opportunity to make meaningful contributions to solving the climate crisis.”

Solving the climate crisis, as we’ve seen in the last 40 years, is easier said than done. And there are limitations to Heliogen’s solar thermal technology, including the geographical need for maximum sunshine and the need for sustained high temperatures (higher than the reported 1,000 degrees), according to MIT Technology Review.

As Bill Gates said in the press release, “If we’re going to get to zero-carbon emissions overall, we have a lot of inventing to do.” But as solar thermal alone won’t solve our energy production problem, new inventions alone won’t solve the climate crisis.