Robert Ballard and his crew were unable to locate Earhart's Lockheed Electra, but a sheet of metal uncovered may provide a clue 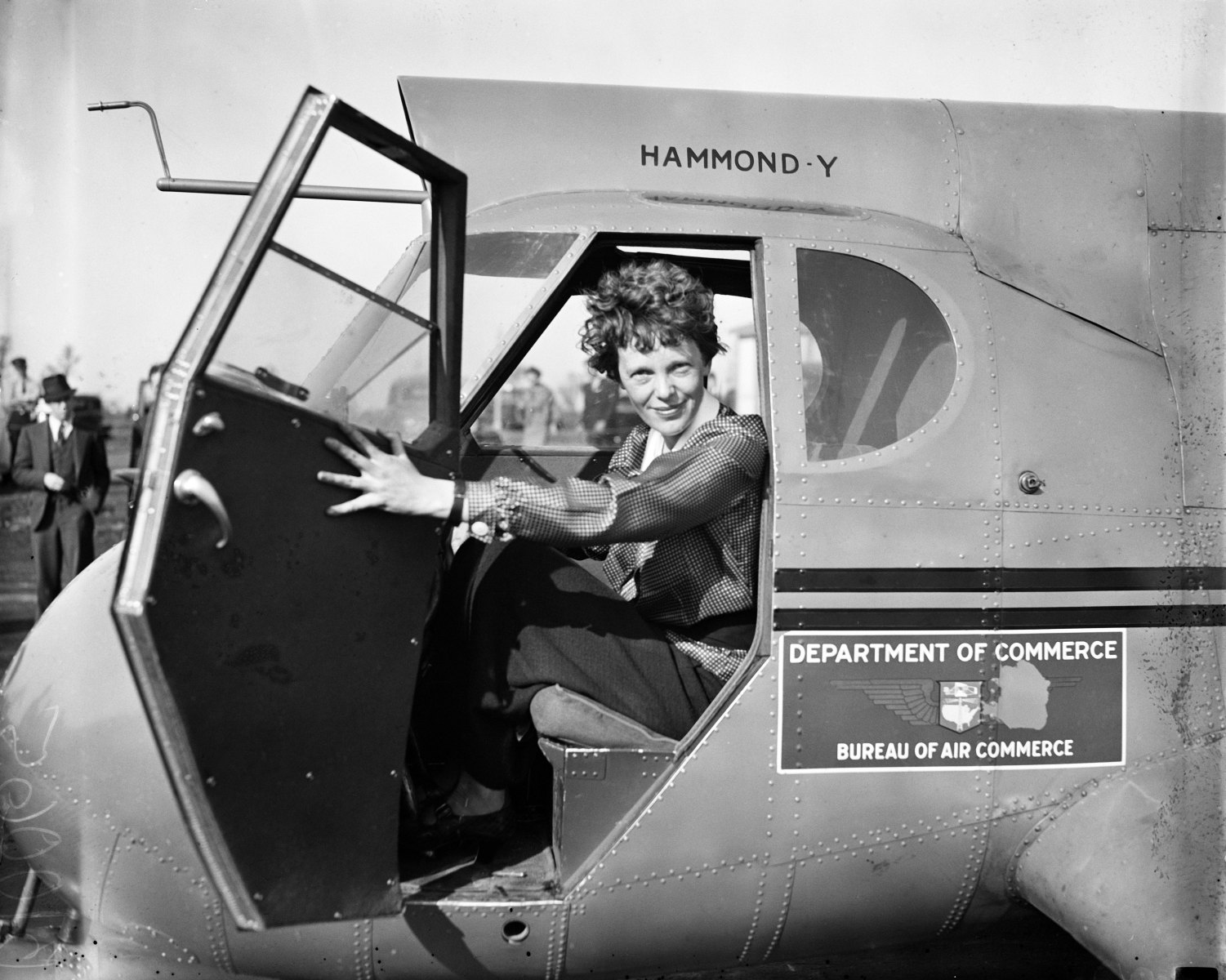 Pilot Amelia Earhart poses for a portrait in and airplane in circa 1936. (Library of Congress/Getty Images)
By Bonnie Stiernberg / August 29, 2019 11:16 am

Famed oceanographer Robert Ballard has ended his expedition to Nikumaroro without locating Amelia Earhart’s Lockheed Electra plane, but a silver sheet of metal with rivet holes uncovered may provide a potential clue about the pilot’s 1937 disappearance.

Ballard isn’t convinced that the metal is from Earhart’s plane, however. “It’s not her plane,” he said. “It bends too much.”

The expedition, which was filmed by National Geographic for a two-hour special airing Oct. 20th, was focused on the northwest corner of the island — where Earhart and navigator Fred Noonan are believed to have wound up as they attempted to locate Howland Island.

“We visually examined 100 percent of the island down to 750 meters [2,400 feet] and did not see evidence of the plane,” Ballard said. “We did 100 percent of the primary zone visually down to 900 meters [3,000 feet].” Despite not finding the plane, he’s satisfied with the results. “This has been fun,” he said. “It called upon everything we’ve got.”

This isn’t the end of the hunt for artifacts related to Earhart, however. A land-based search party is still working on the island.