Archeologists are calling it "the New York of that era" 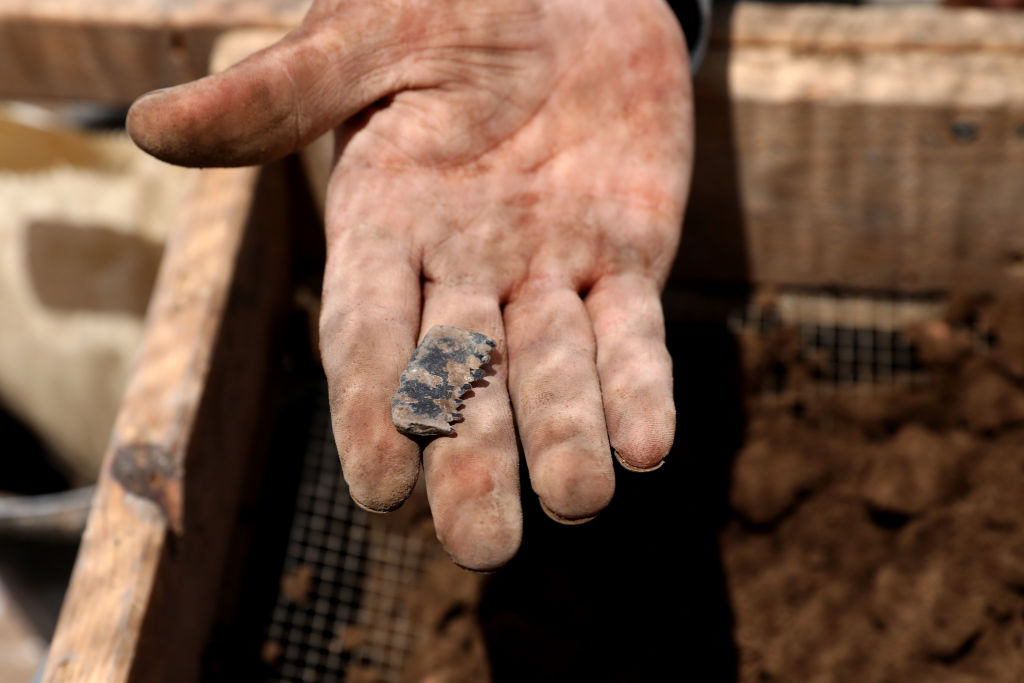 A Palestinian excavator holds on July 16, 2019, a flint stone blade found in the rubble at the archeological excavation site of a settlement from the Neolithic Period (New Stone Age), discovered during archaeological excavations by the Israel Antiquities Authority near Motza Junction, about 5km west of Jerusalem. - The settlement is the largest known in Israel from that period and one of the largest of its kind in the region. (Photo by GALI TIBBON / AFP)
AFP/Getty Images
By Bonnie Stiernberg / October 6, 2019 10:57 am

The ruins of an ancient city have been uncovered in northern Israel, as the Jerusalem Post reported Sunday (Oct. 6). The remains of the 5000-year-old metropolis were uncovered by the nation’s Antiquities Authority on the Ein Assur site near Harish, about 30 miles north of Tel Aviv.

Archeologists estimate that roughly 6000 people lived in the city during its heyday, adding that it was the largest and most central one in the area during the Bronze Age. The city spanned about 160 acres. Israel Antiquities Authority official Yitzhak Paz called the city “the New York of that era,” adding that “about the same time that the first pharaoh established his rule over Egypt, this city was founded.”

The findings show the paths of old roads and alleys and will provide important clues to scholars about the urbanization of ancient Israel. “These surprising findings allow us, for the first time, to define the cultural characteristics of the inhabitants of this area in ancient times,” the IAA said in a statement. “The inhabitants earned a living from agriculture thanks to the nearby springs and the land used for crops.”

Among the findings in the city’s ruins were a ritual temple, burnt animal bones that indicated they were used for sacrificial offerings, pottery fragments, flint tools and stone vessels.