Who Handles Home-Schooling During Quarantine? Men and Women Don’t Agree.

Someone's not telling the truth 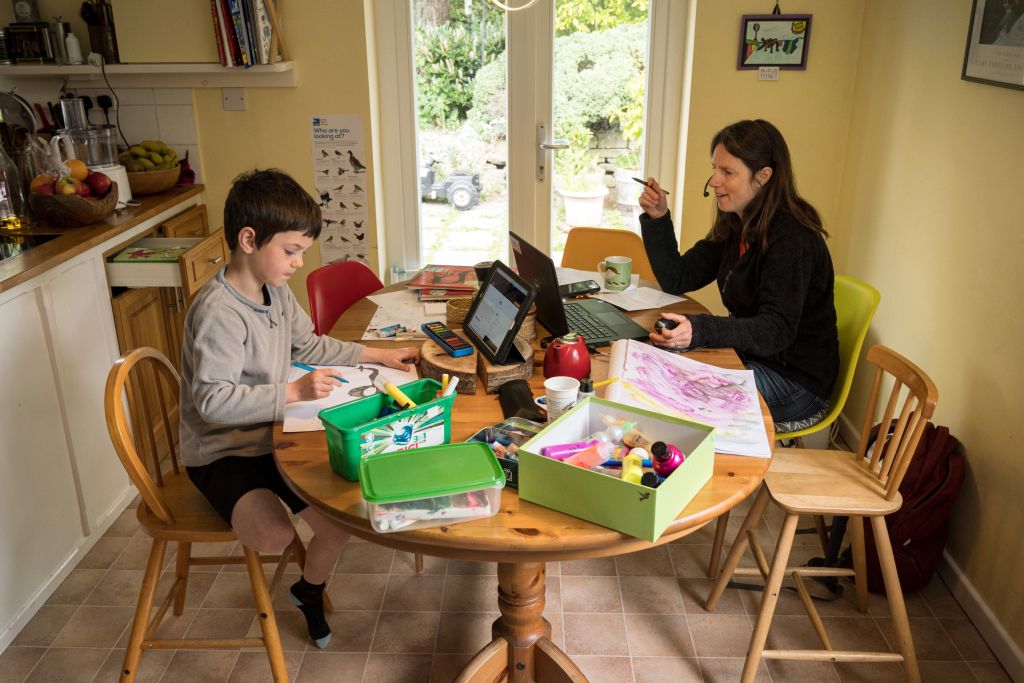 Six-year-old Leo completes a homeschool activity as his mother Moira works from home in England.
OLI SCARFF/AFP via Getty Images
By Bonnie Stiernberg / May 22, 2020 6:30 am

One of the biggest challenges for parents during the COVID-19 pandemic has been balancing their children’s home-schooling with their own workload while stuck at home in quarantine. And with both parents at home, you’d think that most heterosexual couples would come up with some sort of solution in which they both contribute equally without slipping into antiquated gender roles. But as The New York Times points out, you would be wrong.

According to a new poll by Morning Consult for the Times, 45 percent of men with children under the age of 12 said they’re the ones who spend the most time home-schooling their children or helping them with distance learning — but only three percent of women in the same poll admitted their husband was doing more. In fact, a whopping 80 percent of women said they were the ones doing the majority of the home-schooling. (Eleven percent responded “don’t know,” while six percent answered “someone else.”)

Obviously someone’s not telling the truth. The survey also found that women are still handling the majority of household chores during lockdown as well. Seventy percent of women said they’re fully or mostly responsible for housework during quarantine, while 66 percent said they’re handling the majority of childcare during the pandemic. Being tasked with handling all that at home while also working remotely is a lot, and some researchers fear it could impact women’s place in the workforce.

“Being forced to be at home is amplifying the differences we already know exist,” Barbara Risman, a professor at the University of Illinois at Chicago and part of a group of sociologists who analyzed the data, told the Times. “What terrifies me for the future is if it will push women out of the labor force in a way that will be very hard to overcome.”