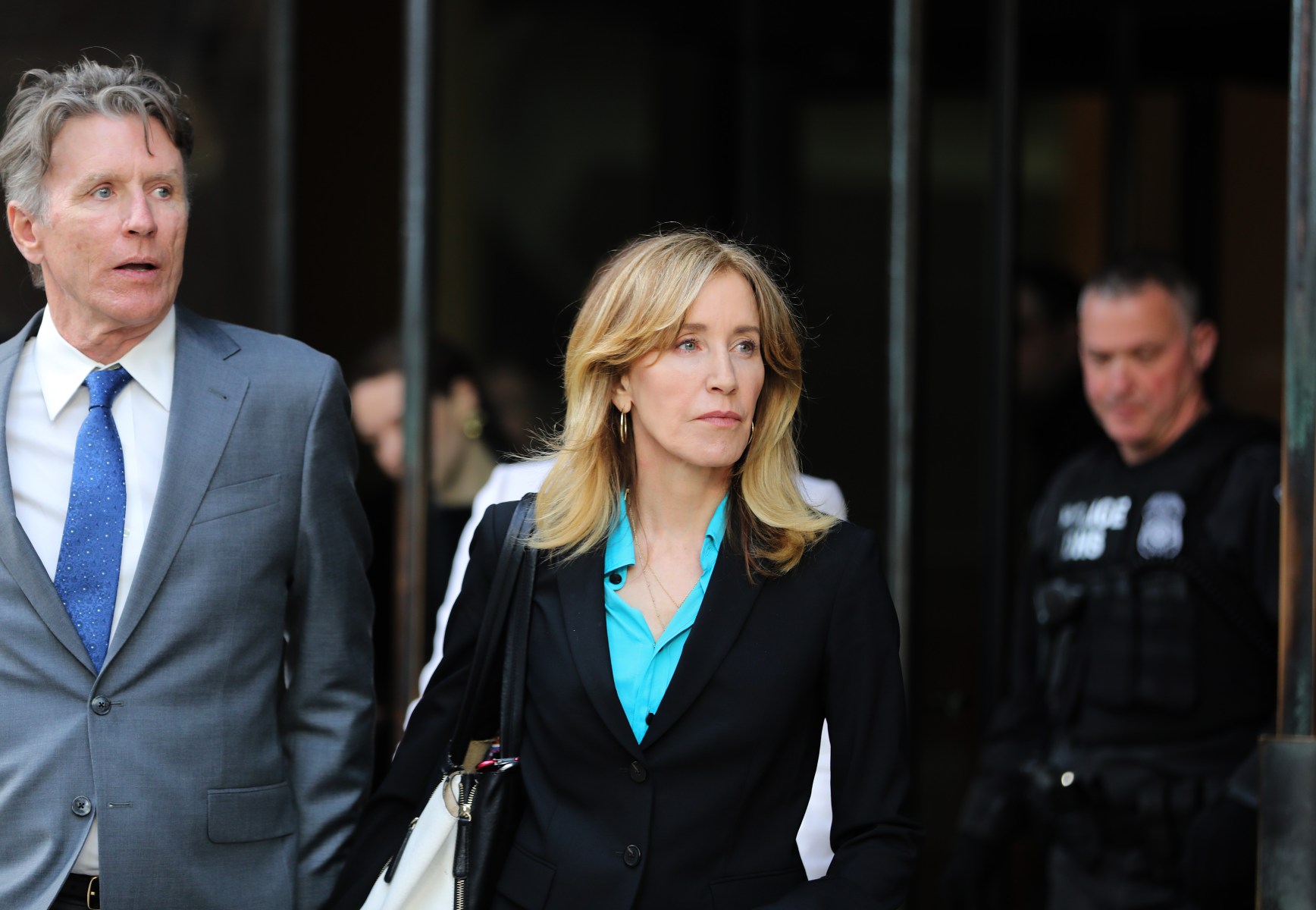 The actress's sentence was handed down on Friday
Pat Greenhouse/The Boston Globe via Getty Images
By Kayla Kibbe / September 13, 2019 4:15 pm

Felicity Huffman, one of the high profile names in the massive “Varsity Blues” college admissions scandal, has been sentenced to 14 days in prison, ABC News reported.

The Desperate Housewives actress received her sentence on Friday during an appearance in U.S. District Court in Boston. Huffman’s sentence also includes a $30,000 fine and 200 hours of community service.

Huffman’s lawyers filed legal papers earlier this month asking Judge Indira Talwani not to sentence the actress to prison, arguing that “nothing about her history and characteristics require a prison sentence.” The lawyers instead asked for a one-year probation term, 250 hours of community service and a $20,000 fine. Meanwhile, the prosecution asked the judge to sentence Huffman to one month in prison, followed by 12 months of supervised release along with a fine of $20,000.

Huffman was among 50 people, including actress Lori Loughlin, charged earlier this year in the massive college admissions scandal in which parents paid an alleged $25 million in bribes to the scam’s ring leader, William “Rick” Singer. Huffman pleaded guilty earlier this year to charges of mail fraud conspiracy and admitted to paying Singer $15,000 to falsify her daughter’s SAT scores.

“I am in full acceptance of my guilt, and with deep regret and shame over what I have done. I accept full responsibility for my actions and will accept the consequences that stem from those actions,” Huffman said as she entered her guilty plea in court on May 13.

Huffman and her husband, actor William H. Macy, allegedly planned to take the same actions for their younger daughter, according to court documents. Macy, however, was not charged in the scam.

Thirteen other defendants have also pleaded guilty, while the remaining parents, including Loughlin and her husband, are fighting the charges.