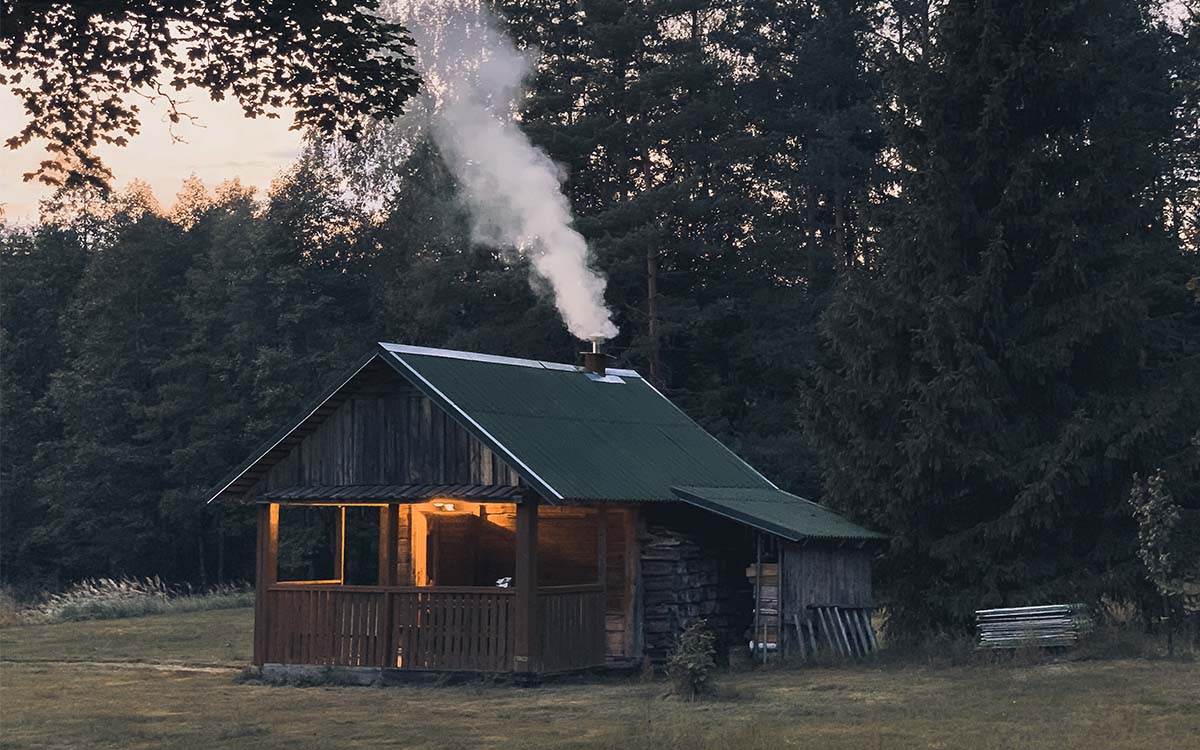 Many are desperate for a cabin retreat, but this is a little much.
Romanas/Unsplash
By Tanner Garrity / June 5, 2020 6:00 am

Daniel Thorson, a 33-year-old staff member at a Vermont Buddhist retreat, emerged less than two weeks ago from a 75-day silent retreat, during which he had no contact with the outside world. His tweet says it all:

I'm back from 75 days in silence. Did I miss anything?

As The New York Times reported, Thorson spent his two-and-a-half months in a cabin in Lowell, Vermont, at the Monastic Academy, where he meditates and observes Buddhism in a small community. Thorson normally balances his practice with a passion for current affairs — he’s a former Occupy Wall Street organizer, and hosts a podcast called Emerge: Making Sense of What’s Next — but this time around, he went completely off the grid.

He began his retreat on March 13, a Friday; if you can recall, it was March 11, Wednesday, that the coronavirus first became real to many Americans. The NCAA canceled March Madness, pro leagues began the process of suspending their seasons, Tom Hanks announced that he had tested positive for COVID-19, and President Donald Trump banned travel to or from Europe.

It all reads like prologue now, nearly three months later. A total of 380,000 people have died across the globe, over 100,000 of them Americans. An astonishing 42 million Americans have filed unemployment claims. Zoom is now a household name. The Class of 2020 graduated, sort of. The entertainment, restaurant, retail and travel industries have been brought to their knees. And we’ve all become accustomed to receiving our news through the paradigm of the coronavirus. Even the George Floyd protests — the first news story to unseat coronavirus since March — aren’t totally removed from the pandemic. Minority communities were hit disproportionately by the virus, which has at least partially fueled the nation’s frustration, and epidemiologists have already warned of a wave of infections to arrive because of the protests in the next couple of weeks.

Thorson, meanwhile, is still getting used to the pandemic’s omnipotent presence in the news cycle. Speaking to The New York Times, he said: “Everything else is gone,” he said. “There’s nothing about the election! It’s amazing! The Australian wildfires, what happened there? Didn’t Brexit happen?”

He also describes struggling to immediately observe social distancing whenever he’s gone out to gas stations or the grocery store — “I haven’t installed the Covid operating system” — the sadness of seeing the pandemic so politicized, and the burden of being “an oddity, a curiosity,” as so many now expect him to offer some profound, all-encompassing statement on the time.

Ironically, Thorson has already started curbing his time on the phone, stressing that it’s all just too much.