After Mount Rainier Rescue, Hiker Dies and Is Resuscitated

A harrowing experience in whiteout conditions

The aftermath of a rescue on Mount Rainier held one man's life in the balance.
Ryan Parker/Unsplash
By Tobias Carroll @tobiascarroll

For some people, being rescued from whiteout conditions on the side of a mountain might make for a happy ending to a harrowing ordeal. For one man in the Seattle area, though, that was merely the beginning to an intense medical ordeal and a literal matter of life and death.

A new report at The Guardian has more details. Last weekend a local man, Michael Knapinski, went to Mount Rainier with a friend. Their paths diverged when Knapinski opted to travel via snowshoe as his friend skied downhill. Things proceeded normally until Knapinski neared the trail’s end. At that point, the weather took a turn for the worse, and the resulting whiteout conditions made it impossible for Knapinski to proceed.

A search team located Knapinski and airlifted him off the mountain to Harborview Medical Center. It was there, in the ER, that he died, only for the hospital’s staff to use an extracorporeal membrane oxygenation machine to temporarily bypass his lungs and heart. After 45 minutes, a team of doctors restarted Knapinski’s heart; he’s now recovering from the ordeal.

Extracorporeal membrane oxygenation machines are considered cutting-edge technology. An article from the Mayo Clinic describes its process as one where “blood is pumped outside of your body to a heart-lung machine that removes carbon dioxide and sends oxygen-filled blood back to tissues in the body.”

What Knapinski encountered was a kind of perfect storm of harrowing weather and medical trauma. Thankfully, the medical professionals and emergency services nearby were up to the challenge. 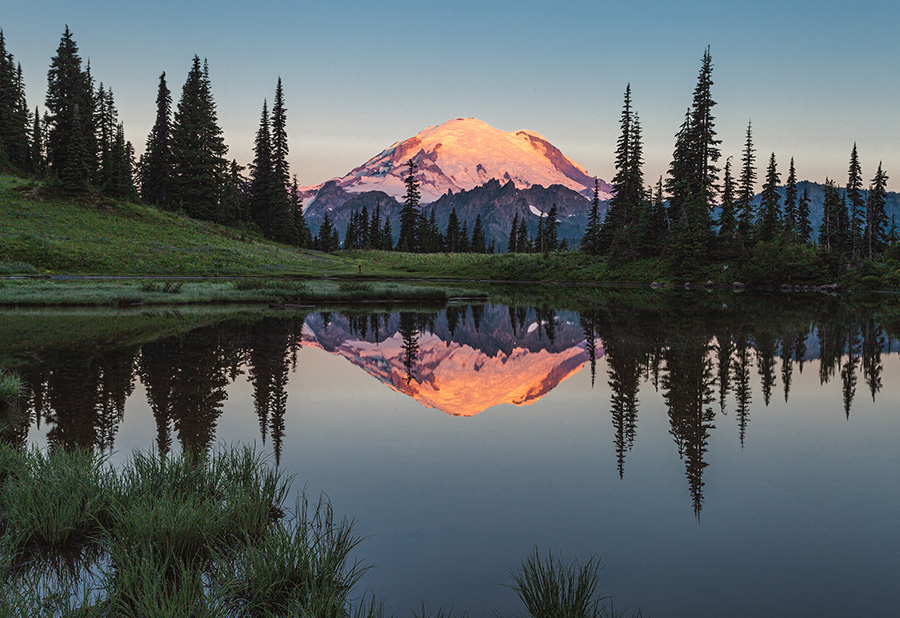 This Team Navigated Mount Rainier’s Deadly Ice Caves For Science
Mt. Rainier Lit by Milky Way Above and Wildfires Below

Why Mount Rainier Could Be the Most Deadly U.S. Volcano