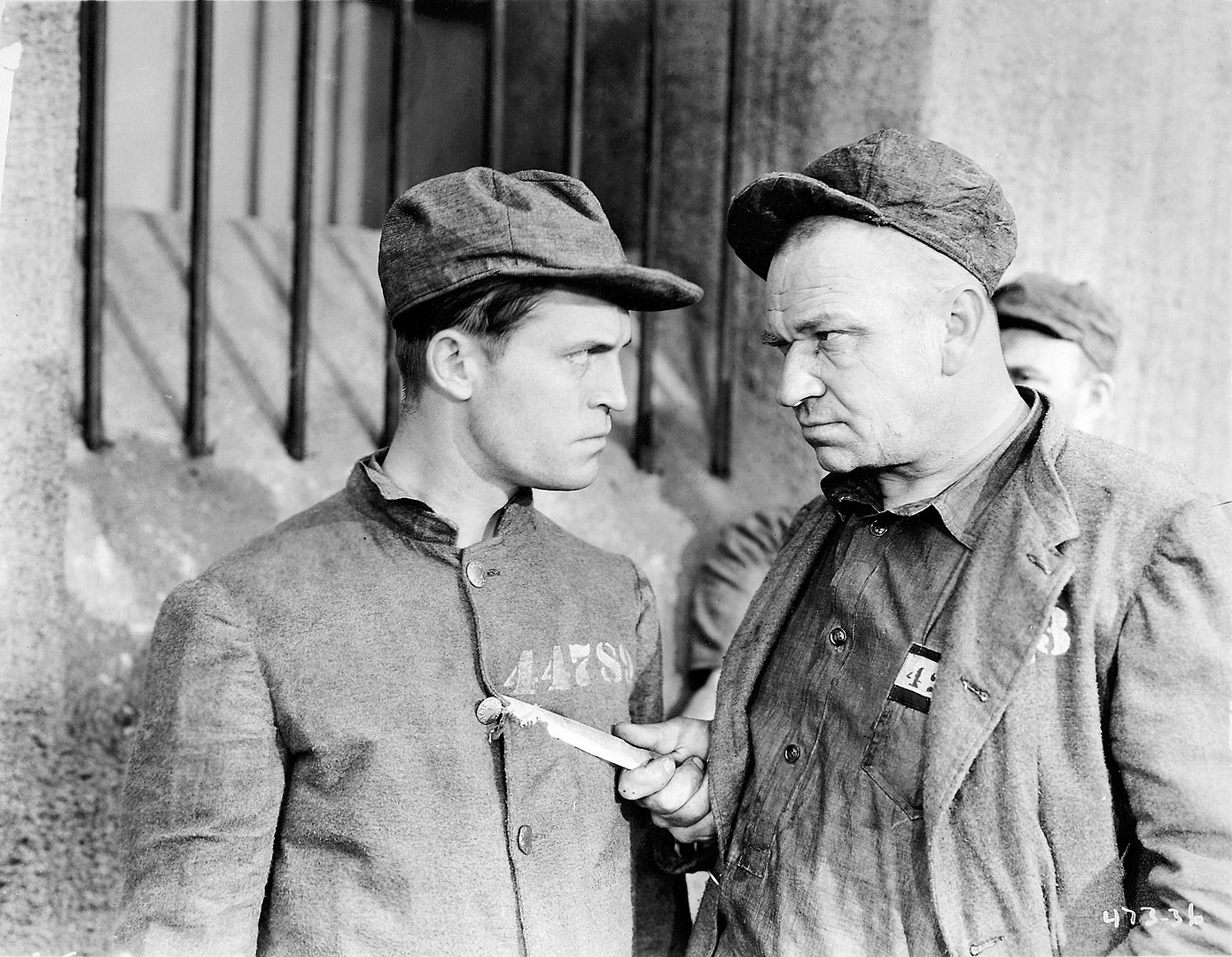 When you think of the mid-20th century heyday of Hollywood, what comes to mind first? Likely some image of glamour or style, of iconic movie stars and directors who helped shape the way generations thought about the movies.

But movie stars weren’t the only people who made Hollywood what it was, and some of the other figures involved in the industry have fascinating stories all their own. At CrimeReads, Vince Keenan tells the story of two screenwriters, Robert Tasker and Ernest Booth. What did they have in common before their days writing for studios? Both men had spent time in prison.

Keenan and his wife and writing partner Rosemarie Keenan are the authors of several mystery novels set in 1930s Hollywood under the pseudonym Renee Patrick. They encountered the lives of Tasker and Booth when researching their latest book, Script for Scandal, which features a character with a biography similar to both men.

As Keenan tells it, both men had fascinating — albeit wildly different — lives. Booth spent over a decade being imprisoned and making daring escapes (or at least trying to). Tasker came from an affluent background but opted for a stint robbing restaurants using, as Keenan puts it, “a pistol that was, according to reports, broken, unloaded, or both.”

Both men began writing while incarcerated at San Quentin, and each of them began writing for the H.L. Mencken-edited The American Mercury. Their writings became popular — which then drew controversy. Eventually, both men were barred from sending any writings outside of the prison, which promoted Mencken — whose own writings led him to literary fame — to intercede on their behalf.

Both men wrote novels while in prison. Tasker was paroled in 1929, and ended up working on MGM’s acclaimed 1930 film The Big House; he worked on numerous films for the rest of his life, before dying in 1944. In 1937, Booth left prison when his sentence was up. He, too, found work as a screenwriter — but again ran afoul of the law after leaving the film industry. The lives of both men make for a fascinating read — thrilling and sobering in equal measure.

Read the full story at CrimeReads