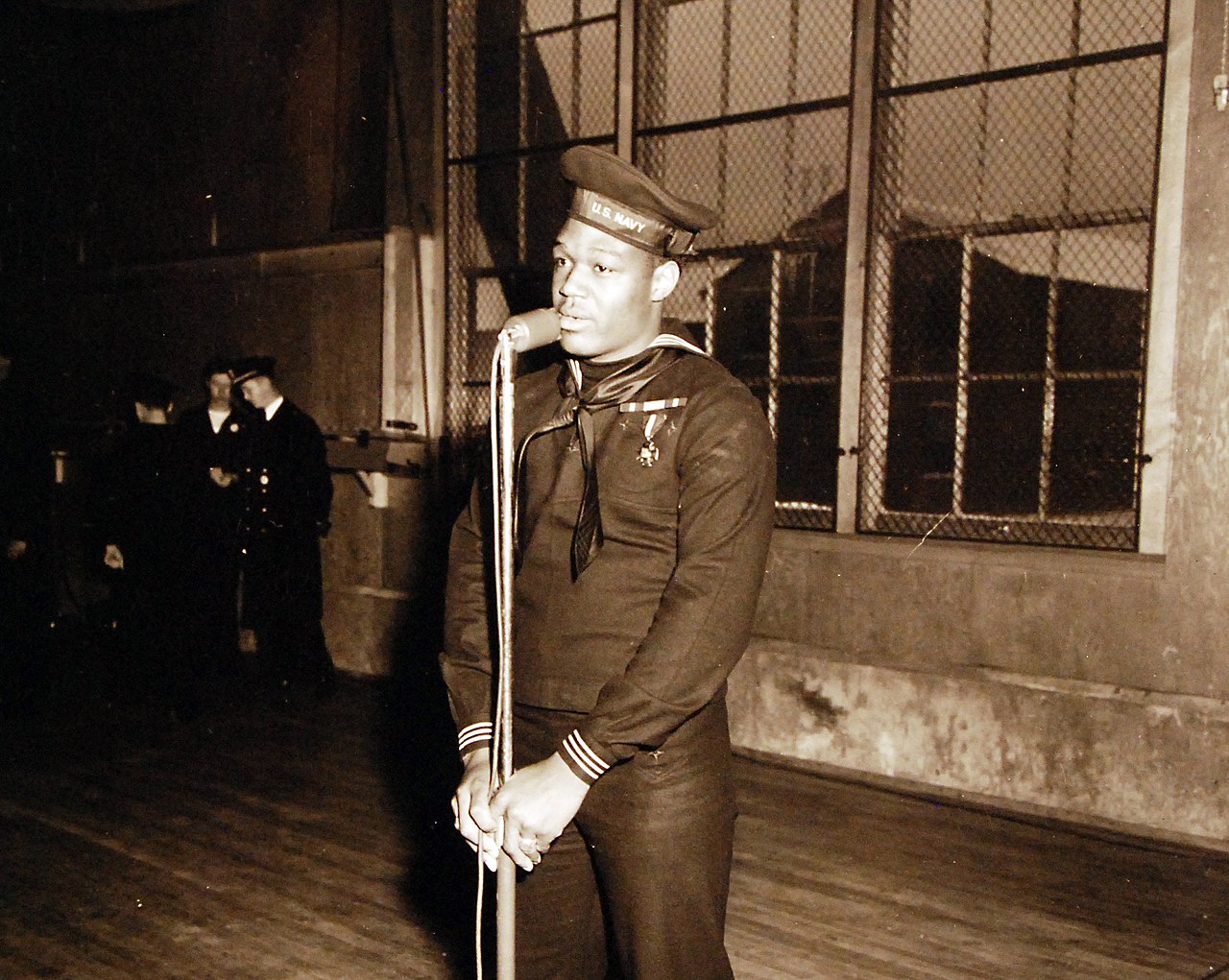 The Navy is set to announce that an aircraft carrier will be named in honor of Doris Miller.
National Museum of the U.S. Navy
By Tobias Carroll / January 20, 2020 6:07 am

When reading accounts of the Japanese attack on Pearl Harbor in 1941, there are numerous stories of bravery and heroism that resound across the years. One of them is the story of Doris Miller, stationed on the battleship West Virginia. As the attacks continued, Miller assisted his fellow crew members; he then operated an anti-aircraft gun for 15 minutes before being ordered to abandon ship.

In 1942, Miller became the first black man to receive the Navy Cross. Soon, the Navy is set to honor Miller in another way: The New York Times reports that the Navy has announced that they will name an aircraft carrier in honor of Miller.

The ship’s naming will be notable for several reasons, according to the Navy’s announcement on the subject.

Miller died in 1943 during the Battle of Makin; after his death, he was awarded the Purple Heart.

Miller was born in Waco, Texas. A memorial to Miller has been built there; a fundraising effort is underway to complete a few final pieces of the space. Miller is remembered for his bravery and courage; decades after his death, his legacy continues to grow.