Some of the Most Iconic Apple Tech Is Up for Auction

Many items in the collection were signed by Steve Jobs

An original 1983 Apple Macintosh 128K Computer with 'In Appreciation: Jerry Manock' plaque is up for sale
RR Auctions
By Kirk Miller

If Steve Jobs put his name on something, it was bound to be memorable. So you may want to put up some money for some Steve Jobs-signed Apple tech and memorabilia at RR Auctions, available for bids now.

The 26-item block covers the lifetime collection of Apple Product Design Engineer, Jerrold C. Manock, employee #246 at the company and the man best known for designing the Apple II. “Today, Manock is regarded as the ‘father’ of the Apple Industrial Design Language,” as the RR Auctions catalog notes. 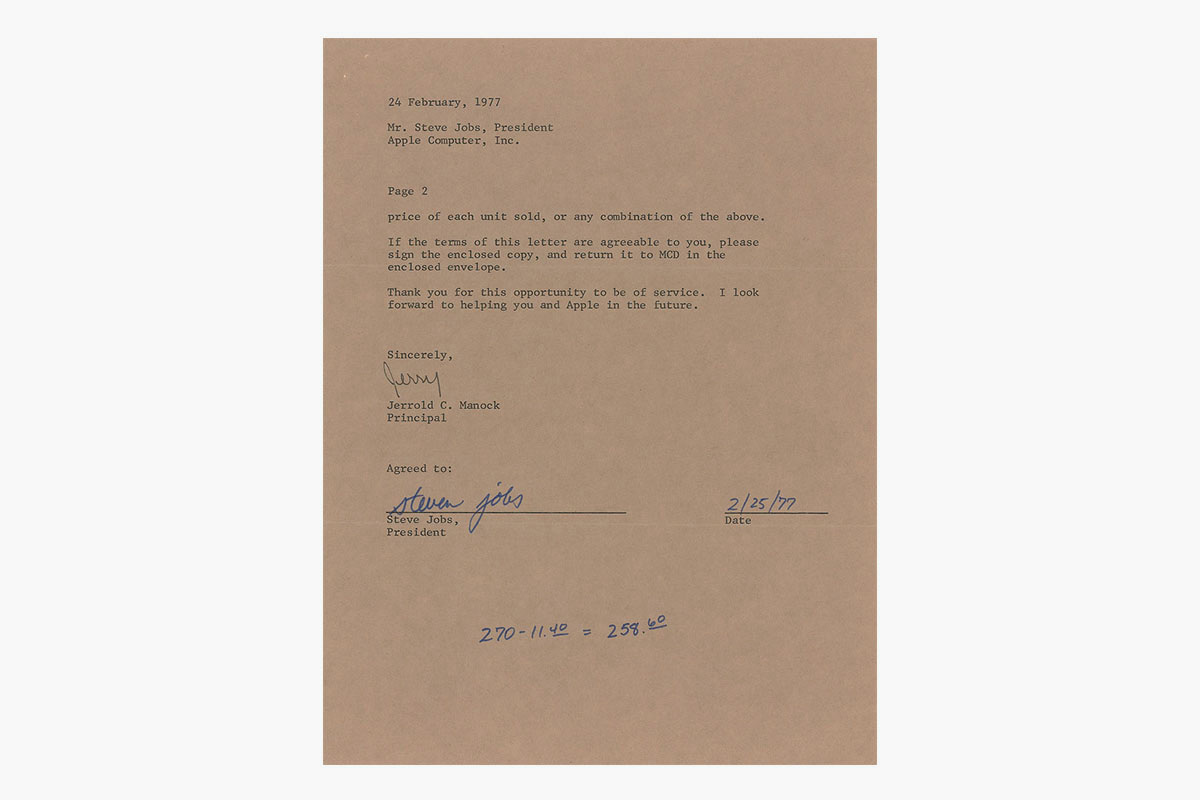 Highlights from the auction — which does feature a few items not in Manock’s collection —  include a Steve Jobs-signed contract for the Apple II, a memo signed by Jobs, patent plaques for the Apple III and Macintosh, a working Apple-1 computer (estimated $300K winning bid), a PowerBook signed by Jobs and some rare promotional material, including some Apple-logo beach towels that are kind of ’80s fabulous (and just an estimated $800 for a set of four!).

It Takes Five Days to Finish This Golf Course in the Australian Outback
Radio Host Fired for Lewd Remark About "Monday Night Football" Reporter
What Men Don’t Know But Should About Cleaning Their Butts
Please Stop Having Gender Reveal Parties
Matthew McConaughey and Wild Turkey Revive a Winning Bourbon Formula
Welcome to Simptember. Or Is It No Simp September? We’ll Explain.

10 Great (Non-Pumpkin) Beers for Fall
Concerned About Air Quality? Wildfire Expert Tom Scott Has Some Advice.
Whatever Camping Gear You're Missing, It's Probably on Sale at Backcountry
Five Day-Window Watches You Should Consider Now That Time Is Nebulous
Yohance Joseph Lacour Is the Sneaker World's Greatest Redemption Story
Let This Reversible Shearling Bomber Be the Star of Your Entire Wardrobe