As Trader Vic’s Plans a Comeback, We Need to Reexamine Tiki Bars 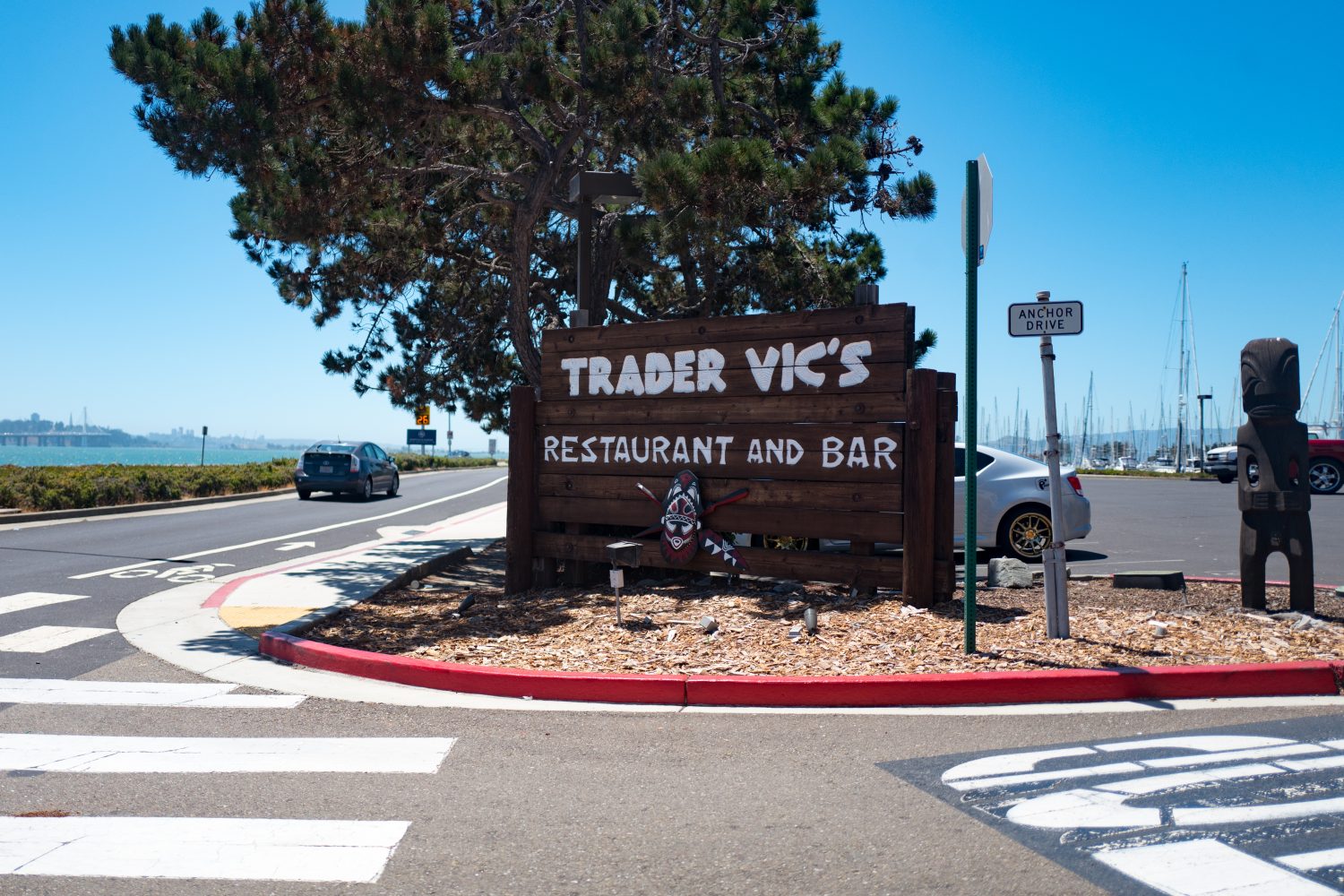 Sign with logo at entrance to the classic Trader Vic's restaurant
Smith Collection/Gado/Getty Images
By Kirk Miller / November 13, 2019 6:10 am

You may love tiki bars — they seem like an island getaway, a rum-fueled escape from the cold weather drudgeries of modern life. We certainly love the drinks.

But that on-going fad, which originally took off in 1950s and ’60s thanks to the expansion of tiki bar originator Trader Vic’s, is based off an illusion. “The overall concept of ‘tiki’ is a purely American creation, an amalgam of ideas, an inauthentic representation of island life, if that island is even actually on the map,” as Lesley Balla of Eater notes.

The appropriation of different island cultures, often haphazardly, has led some people to suggest the tiki bar should be abolished. Some bartenders would like to keep the fun (and intricate) aspect of the bars and drinks but realign the movement into something less about colonialism and outdated aesthetics (see: masks, skulls, half-naked native women, tiki “gods”), perhaps with a more vague term like “tropical.”

But then, there’s the drinks themselves. The original idea behind tiki bars was “about flavors,” as author Shannon Mustipher (Tiki: Modern Tropical Drink) told Eater. “Multiple spirits, hand-pressed juice, weird custom syrups … you don’t see that in other styles to the degree that you see it in tiki, and I think that’s overlooked.”

So there’s hopefully a place for these wonderful cocktails. But what about all the cultural baggage that comes along with them?

We may find out. After years of domestic downturn, Trader Vic’s appears to be making a comeback on these shores, after concentrating most of their business efforts overseas. Unfortunately, the brand might not be keeping up with the times; as Balla notes, Trader Vic’s current CEO still sees the restaurant as an “escape” to a place “where you feel like you’re in Hawaii or a Tahitian-style village.”

Celebrate 75 years since the birth of the Mai Tai. We honor this tropical libation on August 30! Our big event is Saturday August 31st. Details and tickets available on Eventbrite! https://www.eventbrite.com/e/75-year-mai-tai-celebration-tickets-64987706981?utm-medium=discovers&utm-campaign=social&utm-content=attendeeshare&utm-source=strongmail&utm-term=listing

It’s a conflict — even people who don’t appreciate the “island” vibes still understand the intent behind the tiki movement. The bars are “an attempt by people in the mainland to re-create some of that [Pacific island] spirit,” as one imbiber noted in NPR’s 2016 take on tiki bars. “Maybe they’re kind of re-creating it completely incorrectly. But I do think it comes from a good place.”