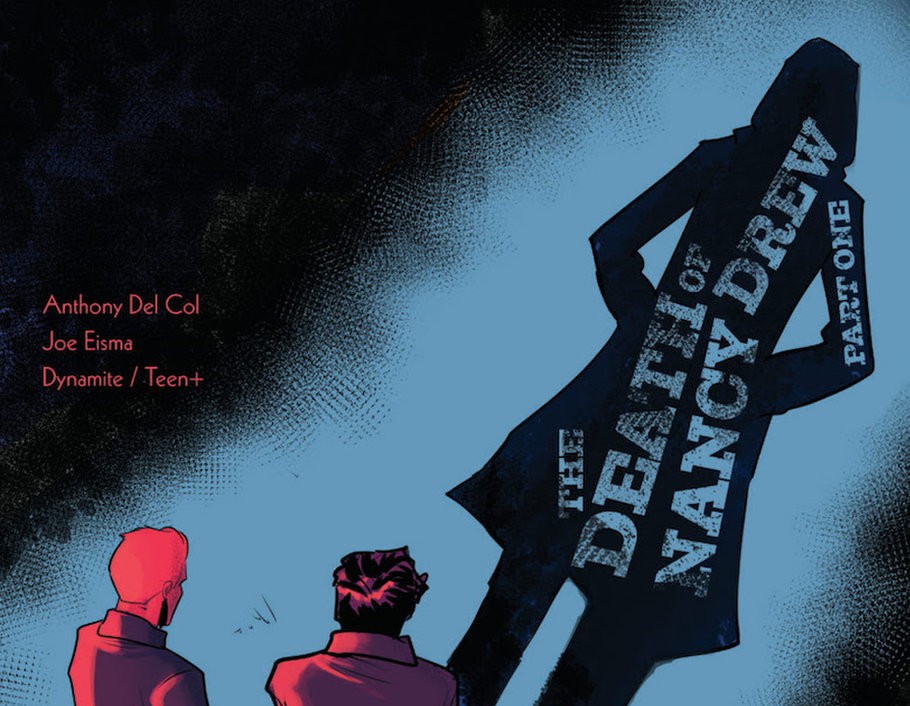 The decision to (apparently) kill off Nancy Drew to celebrate her 90th anniversary has sparked controversy.
Dynamite Entertainment
By Tobias Carroll / January 24, 2020 12:11 pm

How do you celebrate the 90th anniversary of the debut of iconic sleuth Nancy Drew — a fictional crime-solver whose fans include Ruth Bader Ginsburg and crime writer Laura Lippman? Dynamite Entertainment has sparked controversy for their birthday plans for Drew, which include…killing her off?

If the title of the forthcoming comic book Nancy Drew & the Hardy Boys: The Death of Nancy Drew is any indication, Drew’s next case will involve her as the victim, rather than the investigator. Polygon’s Emily Heller reports that writer Anthony Del Col, who previously wrote Nancy Drew & The Hardy Boys: The Big Lie, will be joined by artist Joe Eisma for the book. The series is set to debut in April.

It will surprise few people that the announcement that a beloved character will be apparently killed off as part of an anniversary event was not greeted with unanimous praise.

It’s entirely possible — even likely — that Drew’s death is the kind of thing that could be undone via twist or misdirection; even so, the idea of a long-running female character’s death being investigated by two men has left a number of people unimpressed, to say the least.

Canonically, Hardy Boys don’t even SOLVE mysteries. They like, run out of gas in their boat and get stuck on an island with a smuggler or something.

At least one acclaimed author made the case for an alternate take on the Nancy Drew/Hardy Boys team-up. Sam Sykes tweeted:

do a story where Nancy Drew murders the Hardy Boys herself and then has to solve it https://t.co/wRKsgpw6bJ

And in a longer thread, science fiction writer Chuck Wendig made a few incisive points about the premise of the series.

Some are hoping the story is her faking her death, and honestly, it probably is — but still:

a) a really bad look and starts off on a nasty foot
b) still ultimately removes her from the narrative to center the fucking Hardy Boys
c) isn't written by, or drawn by, any women

Specifically, that depriving such a character of agency as part of an event in conjunction with a milestone is a bad luck — especially when it’s the Hardy Boys who are tasked with mystery-solving duties. It’s not exactly the anniversary celebration most readers saw coming.

Read the full story at Polygon