"Buy What You Love" 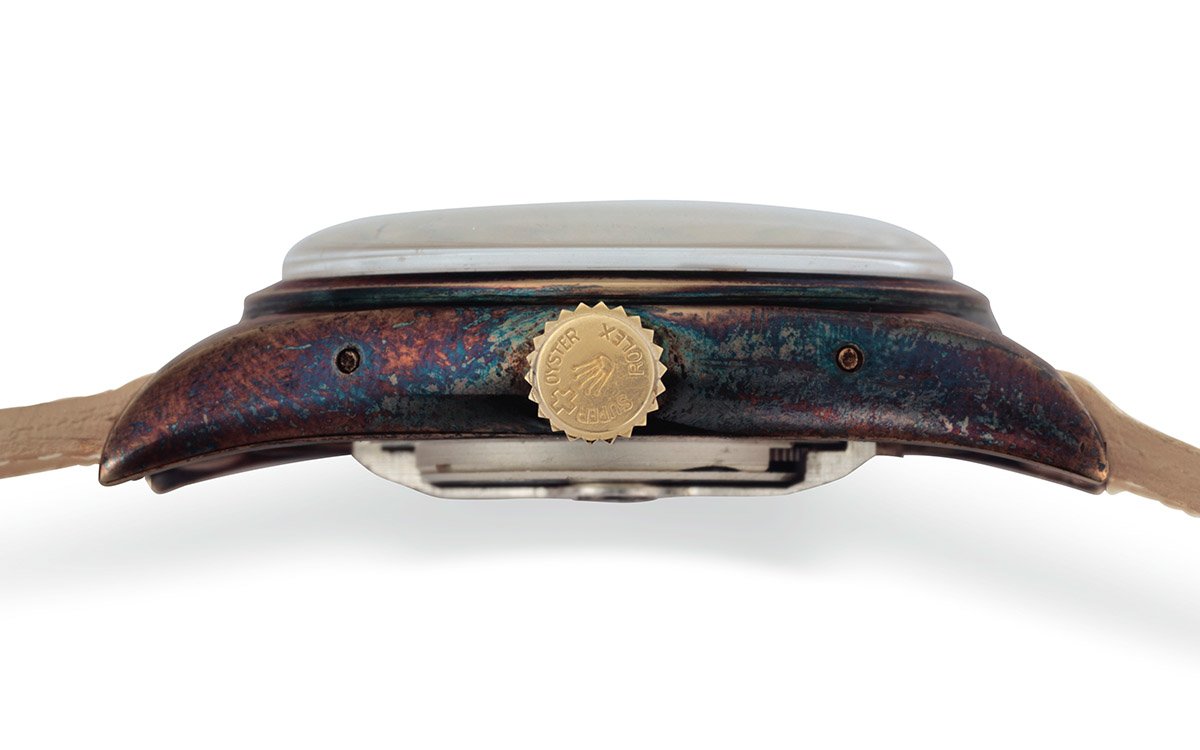 On December 6th, Christie’s auction house in New York City will host a sale called An Evening of Exceptional Watches, featuring a staggering selection of watches from such esteemed brands as Rolex, Heuer, and Patek Philippe. In advance of the sale, we spoke with John Reardon, the International Head of Watches at Christie’s, about some of the most exciting watches up for auction, and about vintage watch collecting in general.

Whether it’s because of the exorbitant prices we see watches selling for, or because there’s just so much to learn, vintage watch collecting is a hobby that can be pretty intimidating for newcomers. What advice would you offer to someone who’s interested in getting started?

If you’re just getting started, proceed with caution. My best advice is study, study, study. Understand the market, get to know who you are buying from, and most importantly know exactly what you are buying before you spend a penny. Many beginner collectors dive right in and make big mistakes early in their collecting life. If you want to learn, attend auction previews, read books, shadow more experienced collectors, and most importantly don’t be swayed by the loudest voices on the market. Learn to have your own educated opinion and buy what you love.

Are there specific watches, or brands, you think those new to the hobby should seek out?

Looking at auction catalogues it seems that Rolex and Patek Philippe are the only market players. However the watch world is much broader than these two traditional power houses. New collectors can enter the market at any price point with the opportunity to buy quality vintage watches for as little as a few hundred dollars. Consider brands that are more entry level such as IWC, Heuer, Vulcain, Longines, Zenith, and the list goes on. Also worth considering are pocket watches where you can buy top names at relatively low prices compared to wristwatches. Want a Patek Philippe minute repeater but don’t have 500,000 U.S. dollars to spend? Consider a Patek Philippe minute repeating pocket watch from the 19th century and you could buy one for under $15,000.

Obviously, with the segment of the market you’re most commonly dealing with at Christie’s, we’re talking about watches that are very much investment pieces. What are the modern watches, if any, that you see becoming extremely sought after in the coming years and decades?

At Christie’s we focus on the top of the market with our live auctions and private sales. However, our online auctions are the fastest growing part of our business and you can find year-round hundreds of amazing watches for sale well under 10,000 USD.

If buying modern brands as an investment, it is important to know the secondary market value of what you are buying if this is important to you. The auction house’s databases of all watches sold in recent years is in invaluable tool to buy confidently. Today, I would focus personally on buying Grand Seiko at retail as well as some Rolex sports models. If I was lucky enough to get a steel Patek Nautilus at retail, I also wouldn’t hesitate. However, the waiting list is endless.

The December 6th sale at Christie’s features a large number of Patek Phillipe watches. Could you talk a bit about why collectors are so drawn to the brand?

Patek Philippe is the brand of choice for most of the top collectors in the world, at least by value, not volume. The reason is simple: supply and demand meeting market confidence. The supply is fixed and every watch made by the company since 1839 is recorded in their archives. The demand is high due to the brand’s consistently high quality, traditional aesthetic beauty, and the fact that there comps easily found available online of watches recently sold. In a way the watches become currency as people know the buy/sell price of a given reference based on comps. I have very rarely seen a true Patek Philippe collector lose a dime when they sell a watch. It only happens when people speculate and time the market — those people generally lose. True collectors typically win when they part with a beloved timepiece. This makes Patek collecting quite unique. 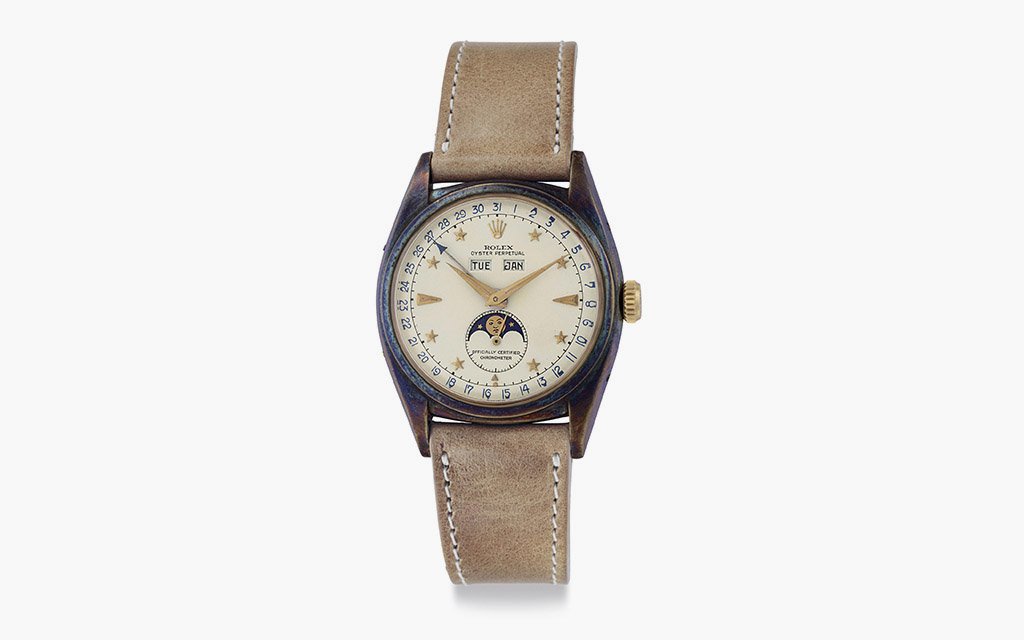 Could you call out a few highlights from the sale and talk a little about what makes them so special?

For me the Rolex Dark Star Reference 6062 (above) is the ultimate watch for anyone obsessed with condition and originality. This watch spent most of its 60 plus years in a drawer and is a true time capsule. It is also in my opinion one of the most beautiful watches from the mid 20th century. The design, the rarity, the condition, the provenance all add up to make this watch quite special, and all indications point to the fact that will sell for well above a million dollars. 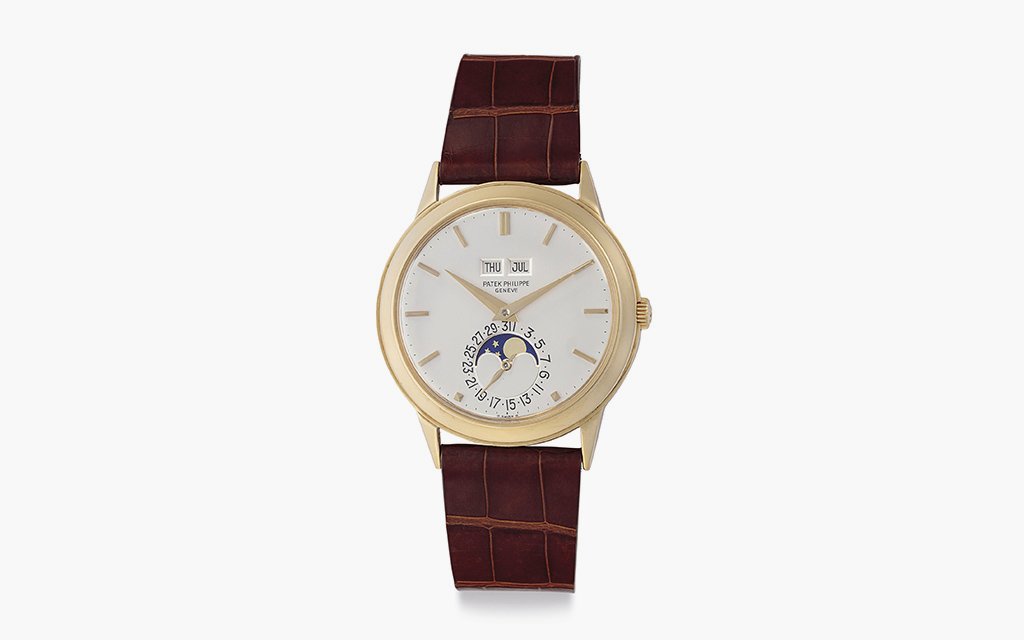 The Fullerton Ref. 3448 is another personal favorite. This Patek Philippe belonged to the late Pete Fullerton, Grandson of Henry Graves Jr. Without question, this is the First Family of Patek collecting in the 20th century. Owning a watch from Fullerton is like owning a holy grail but even better, since you can wear this grail all the time. 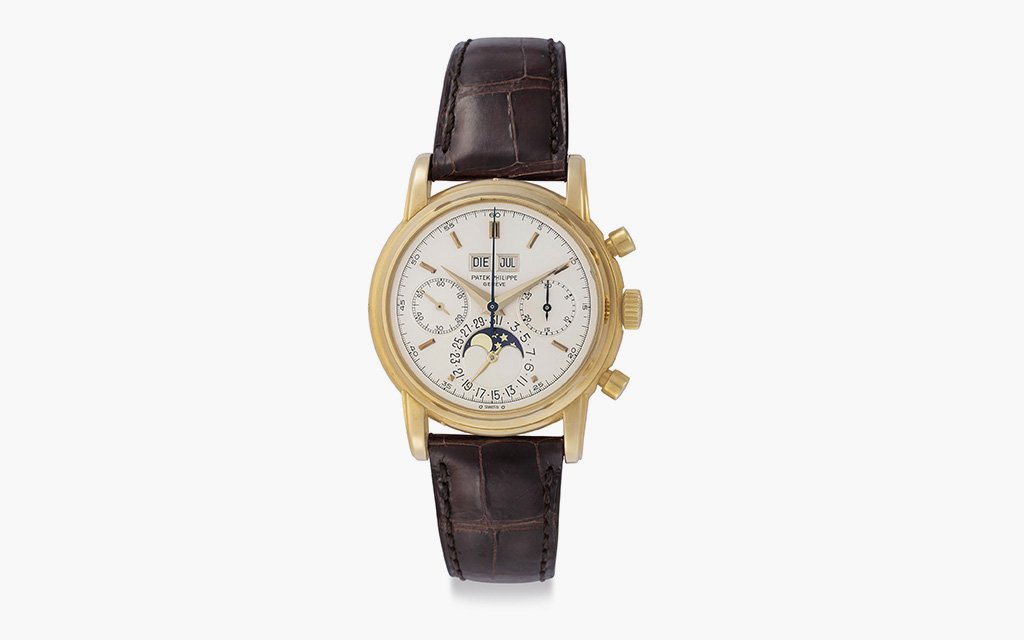 In advance of the sale, you’ll be teaching a one-day course at Christie’s.  What sort of thing will you be covering?

On November 30th, I’m teaching a two-hour course in conjunction with Christie’s Education titled “Vintage Watch Collecting in Year 2029: A Time Traveling Look at the State of Watch Collecting 10 Years Into the Future.” We are going to look closely at what the market watch was like in 2008-2009, what it’s like now, and where it is going in the year 2029. If you have a spare few hundred, thousands, or even millions sitting around, you’re not going to want to miss this. Watches are becoming the hottest passion investment, and it is still only the beginning.