Haute horology does not come cheap 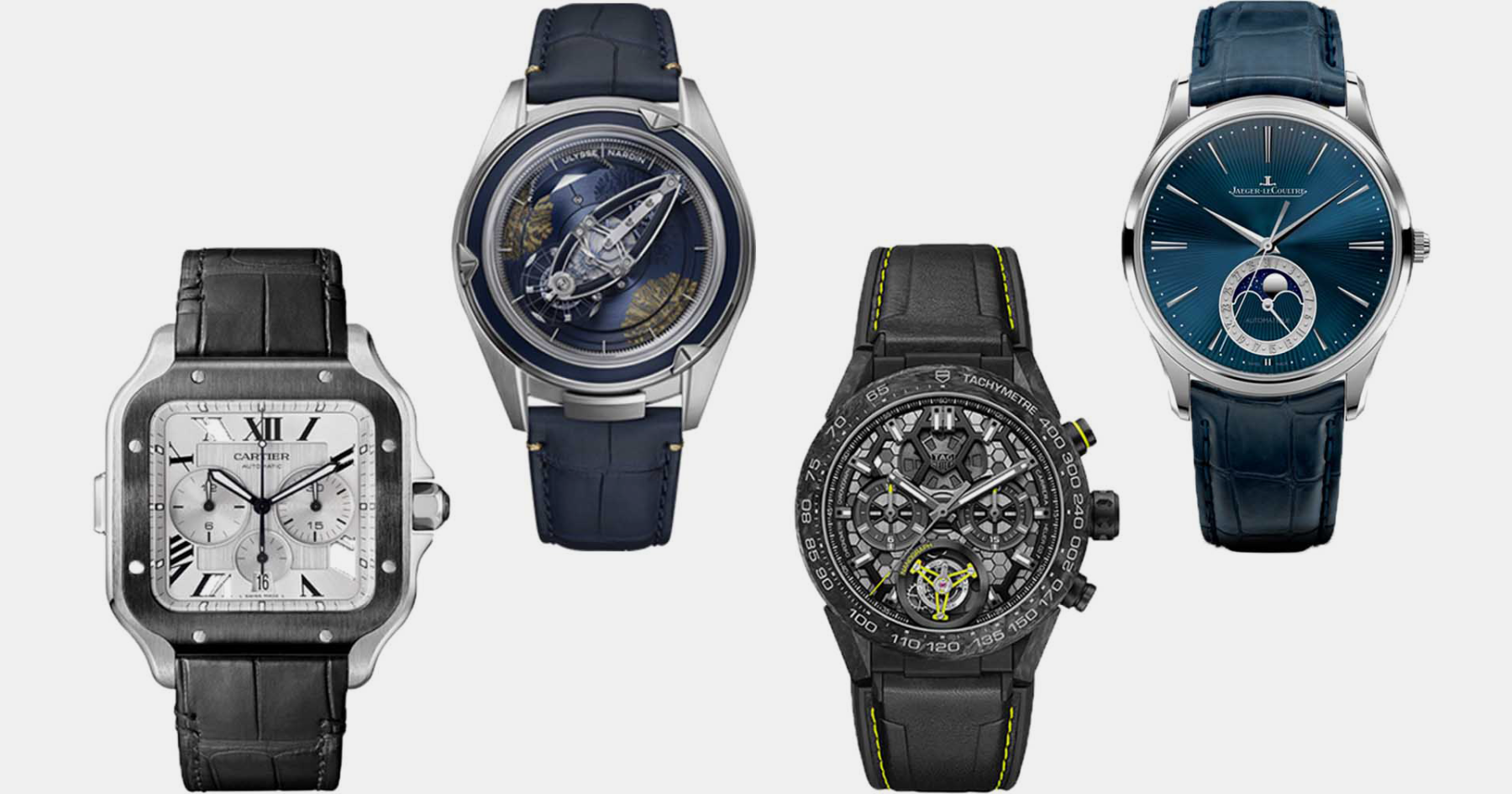 Each January, the watch world kicks off its prime season with the first of its two main trade shows, the Salon International de la Haute Horolgerie, or, as it’s more commonly and mercifully known, SIHH. Like Baselworld, its older and more well known counterpart, SIHH is a place for many of the world’s best watchmakers to gather together with industry professionals and show off their most recent wares.

While Baselworld features a more diverse array of brands in terms of the prices of their watches, SIHH skews considerably higher-end on average. Exhibitors for 2019 included A. Lange & Sohne, Vacheron Constantin, Jaeger-LeCoultre, Audemars Piguet and Richard Mille, among others — not exactly stuff you’d pick up on a trip to the local mall. It’s the kind of situation where any watch that comes in under the $10,000 mark is considered affordable.

We get that this sort of thing can seem absurd: even among the very few people who could afford to blow $300,000 on a watch, not many would see the point. But this is an event for honest-to-goodness enthusiasts, for people who view the world of horologie — haute or otherwise — with wonder, marveling at the inner workings and incredible complications of these tiny little pieces of art. It is not, in other words, for the finance guy who takes his first big bonus and blindly buys a black-dial Rolex Sub.

Below, eight watches from this year’s show that caught our eye.

IWC Pilot’s Watch Chronograoh Spitfire Edition
Ok, so we’ll start with one of those aforementioned “affordable” watches, a brand new and extremely handsome version of the IWC Pilot’s Chronograph Spitfire. The combination of the bronze case, olive green dial and brown leather strap is exceedingly clever — it’s a rugged look that doesn’t sacrifice anything when it comes to elegance. And at 41mm in diameter and just over 15mm in height, it’s got just the right amount of wrist presence. 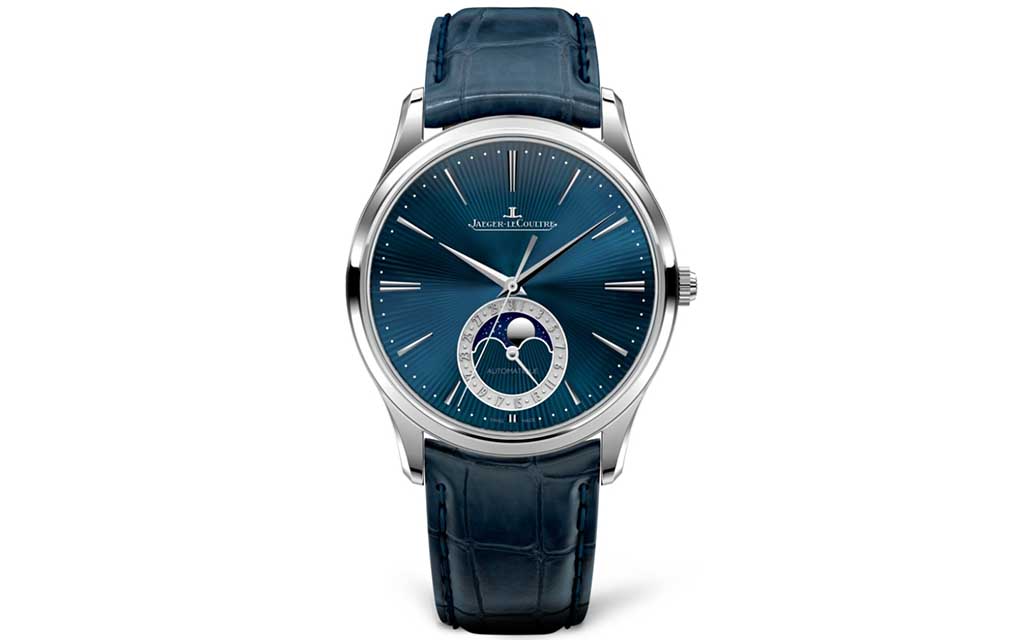 Jaeger-LeCoultre Master Ultra Thin Moon Enamel
Moving far away from the affordables category, consider this limited edition piece from Jaeger-LeCoultre. From afar, or to the untrained eye, it won’t look like much, but make no mistake: it’s classic looks belie its complexities. The case is white gold, the dial is blue guilloché enamel, and the markers are applied manually — fairly standard stuff for luxury watches. But down around the 6-hour marker, you’ll find the watch’s main draw, the moonphase function, with a display featuring a polished moon on a starry sky background and an engraved date wheel. The kicker is that all of this is packed into a 39mm case that’s only 10mm thick. Only 200 were made, and it’ll set you back… quite a bit.

Montblanc 1858 Star Legacy
Montblanc made a nice splash at this year’s event with two new lines. The Heritage line takes its cues from watches of the 50s, while the Legacy line sees the addition of the 1858 collection, featuring a look similar to IWC’s new pilot’s watches. They all come equipped with a bronze case,  a green dial, and a brown fabric strap. It’s available in Geosphere and Chronograph models, but we’re partial to the very simple Automatic version above.

Panerai Submersible
Unsurprisingly, you won’t find a single SIHH recap that doesn’t include news of Panerai’s newly updated Submersible line. There’s a bunch of them, including a recycled titanium Mike Horn edition that’s limited to 19 pieces and will sell for $40,000. Even more notable, though, and just about a quarter of the price, is this steel version, which comes in at 42mm — practically tiny compared to the line’s standard 47mm cases. Finally, a Panerai for those of us who don’t have Schwarzenegger-sized wrists (or egos).

Tag Heuer Tourbillon Nanograph
No longer content to be viewed as anything less than high-end, Tag Heuer brought out the big guns with the Tourbillon Nanograph, whose piéce de résistance is a carbon balance spring — not to mention the tourbillon complication that holds it. It’s a pretty sleek statement watch, with its black and yellow color scheme and 45mm diameter case.

Audemars Piguet Code 11:59
The Royal Oak this is not! For those familiar with Audemars Piaguet’s most well known line of watches, the Code 11:59 collection comes as a huge shocker, given its simple, classic looks. Available in a number of different variations, from the straightforward time-date model to the tourbillon, and in white or rose gold, it’s not hard to imagine someone who’d worn the much flashier Royal Oak for a few years aging into these more understated but no less impressive pieces. Prices range from $24,000 all the way up to $300,000.

Cartier Santos Chronograph
The Santos is one of those watches you either get or you don’t — to the unfamiliar, it can look a little outdated, and not even in a cool vintagey kind of way. But this year, they unveiled a chronograph version, and it’s a total looker, especially in the steel and black leather strap configuration. It features an in-house movement and measures 43.5mm in diameter. The steel version will sell for $8,950, while the rose gold one will run you $25,000.

Ulysse Nardin Freak X
Here we’ve got an update to a line of watches that was originally released in 2001, to much fanfare and … well, bewilderment. The new versions, believe it or not, are being positioned as simpler iterations of the inherently very complicated Freak series. There are still no traditional hands, rather a rotating wheel to mark the hour and a center bridge mounted on the dial instead of behind it to mark the minutes. The new Freaks come in at 43mm rather than the original 45mm, which is a nice change that helps them seem a bit more in line with recent trends.